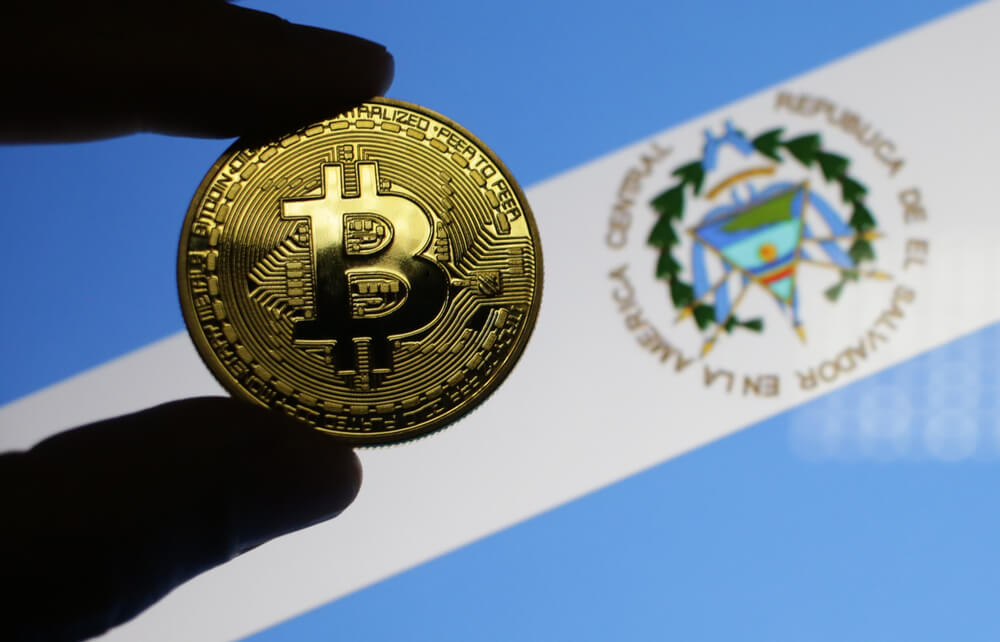 What’s good for a Salvadorian, but damned for a Chinese?

There are so many countries, so many opinions and approaches. Each country has its vision. And it is not always clear why digital assets are welcome in one economy and are considered evil by the other. For example, China has declared all transactions involving cryptocurrencies illegal, but at the same time launched and is actively promoting the state coin — the digital yuan.

Let’s try to figure out why a decentralized digital currency was able to win the love of the political leader of El Salvador: how and why Bitcoin was able to take root in the country’s banking system.

From knick-knacks and street food to gasoline, and modest and luxurious houses, you can buy almost anything with BTC in El Salvador.

President Nayib Bukele’s decision to make cryptocurrency legal tender means that, in theory, the coin is to be accepted by all businesses alongside El Salvador’s fiat national currency — the US dollar.

But the latest crypto market collapse caused more questions and doubts than enthusiasm. The head of El Salvador spent 100 million public funds to buy bitcoin for the “lower classes”. At the same time, the state of El Salvador is buying more bitcoin on each correction. This strategy is ok in terms of a long-term investment, but when it is public rather than private money, it seems a bit alarming, given that it’s not yet clear where the real “bottom” of Bitcoin is. Whether it is $19,000 or $10,000… Roughly speaking, ordinary people are somehow concerned about their future. 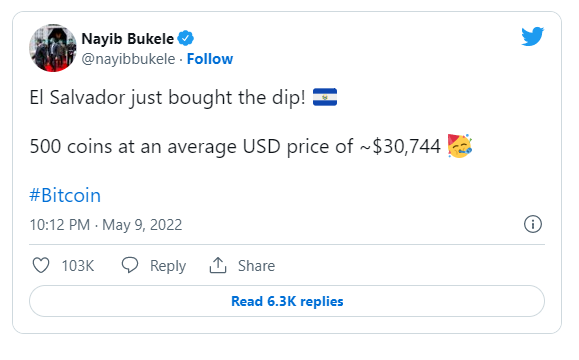 Some 2,300 BTC belonging to the country’s treasury capital are now worth half what the government paid for them, but the finance minister brushed aside the criticism, saying there was “a tiny fiscal risk.”

El Zonte is the birthplace of the BTC movement in El Salvador, a small surf and fishing town on the south coast. In 2019, an anonymous benefactor gave a group of crypto fans the first of a subsequent large Bitcoin donation on condition they weren’t converted into dollars. 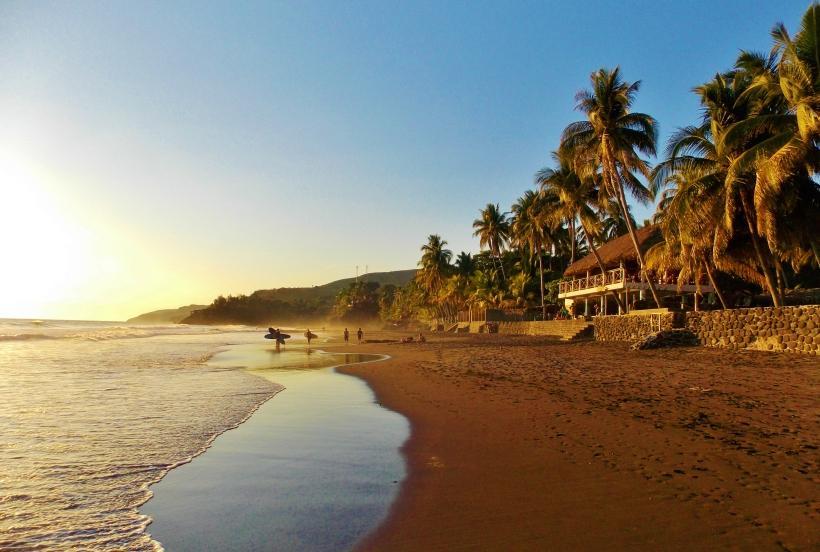 The author of the Salvadoran experiment, as it were, has not been officially disclosed, but even so, everything is clear to everyone. The idea of a radical experiment is to create the world’s first economy based on a decentralized digital market.

El Zonte has so far received about $350,000 from its anonymous benefactor, a significant amount for this poor but beautiful village, known as Bitcoin Beach.

Another private and already non-anonymous donor for the Salvadoran economy is the Bitfinex crypto exchange, which regularly donates BTC, and is also actively involved in rule-making to work out laws on digital assets together with Salvadoran officials.

Entrepreneurs in El Salvador say they are seeing a 30% increase in sales of goods and services driven by bitcoin tourists who visit the country after watching motivational videos on YouTube. Tourists are attracted by this nice perk – to spend the earned crypto on vacation.

However, the distribution of bitcoin within El Salvador and its implementation in the real economy is heterogeneous.

The further away from Bitcoin Beach and El Salvador, the less likely you are to be able to buy anything in digital currency.

The government says it has no plans to force businesses to accept bitcoin. The law is still limited to offering incentives for BTC usage in the payment system.

Cash still plays a more significant role in the country: more than half of Salvadorans don’t have bank accounts and use cash. However, President Bukele poured $200 million of public money into a subsidized bitcoin wallet app, called Chivo. 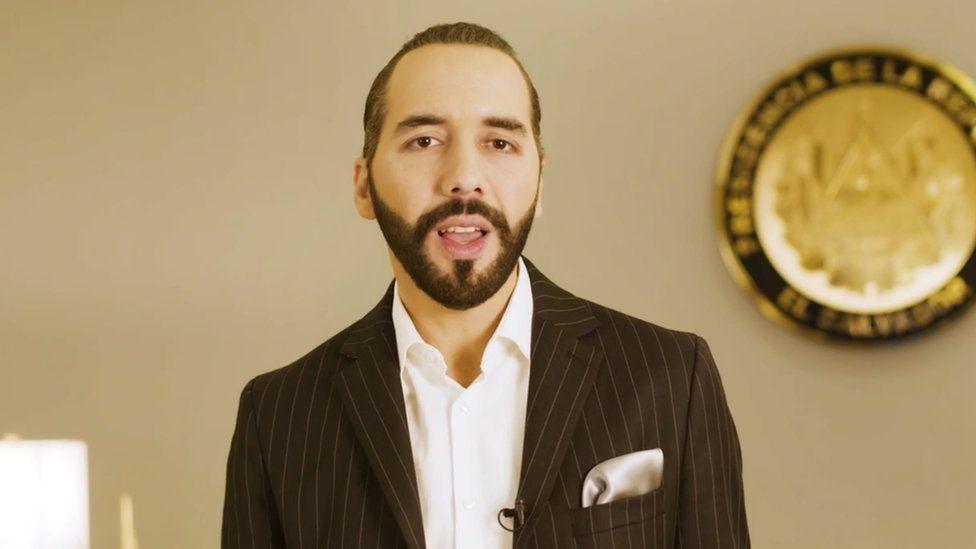 Anyone who downloads the Chivo app receives $30 in bitcoin for signing up, which may explain why it has been downloaded 4 million times in a country of 6.5 million people.

But many people use the app for dollar transactions rather than BTC. It is often used, for example, by people working abroad to send money home, since there is no transfer fee.

At the moment, Salvadorians rarely use Chivo. Even the campaign launched in February wasn’t much of a help when residents of El Salvador received an offer to pay for their pets’ treatment for only 25 cents, subject to payment through Chivo.

Despite the heavy dynamics of Bitcoin and altcoins in the global crypto market, Bukele plans to go further and has already announced plans to build a new city – Bitcoin City to be based at the foot of a volcano along the Gulf of Fonseca. The volcano is to provide geothermal energy for a giant mining farm. 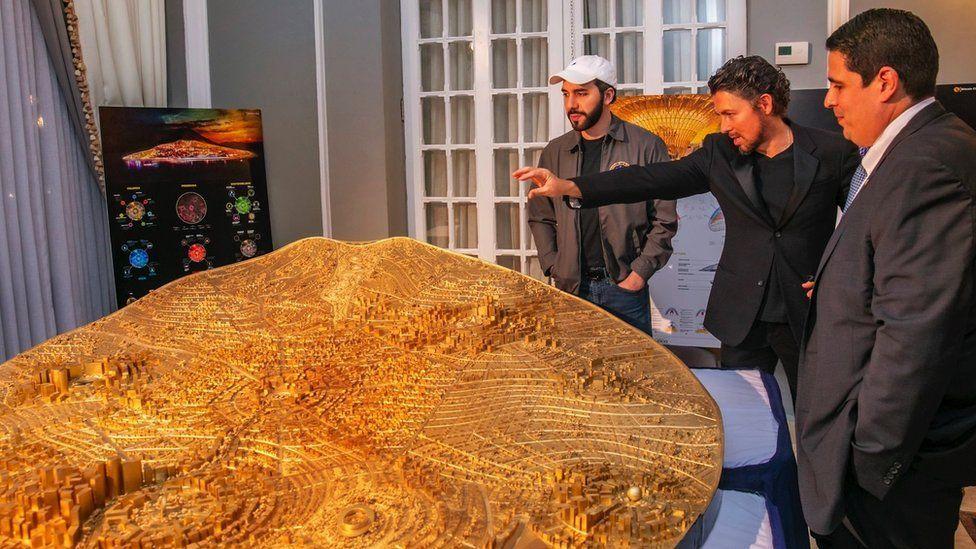 Bukele hopes to raise money for the construction through a $1 billion Volcano Bonds sale. So far, the bonds are not on sale, although they were supposed to start selling before the summer.

What is the problem with the Brave New World of Salvador

El Salvador still has no transparent plans to introduce its stablecoin – a stablecoin, which, unlike a free-floating bitcoin, could be pegged to the dollar at 1-to-1 exchange rate to save the national digital currency from market fluctuations. But so far, these are all just plans, and El Salvador has no alternatives to bitcoin.

An economy tied to a volatile asset also becomes volatile. When the price of bitcoin falls, businesses in El Salvador raise prices to maintain profitability. When the crypto coin grows, consumers start buying more. An economic model based on the “feast today and fast tomorrow” principle is not the best approach.

The El Salvadoran government is probably aware of the problem: it still pays civil servants in dollars.

Another dark side of the decentralized crypto coin as an official means of payment is that BTC could become a convenient gap in the system for money laundering.

At the same time, Bitcoin has still not helped El Salvador escape poverty. The country is mired in foreign debt and relies on international loans as its only salvation.

Moody’s has once again downgraded El Salvador’s debt rating. And everything looks so that international institutions do not consider Bukele’s BTC plan as a working tool to improve the country’s economy.

In political circles, Bukele is called an “authoritarian hipster”. There are doubts that the Bitcoin environment will be able to survive after the president leaves his public post. Generally, there is an opinion that Bukele uses digital money solely to consolidate his power, but this may not help him.

Crypto in the state system resembles gambling. The stakes are high

About 70% of Salvadorans do not have a bank account and work in the shadow economy. And only a fifth of the population of El Salvador works officially. 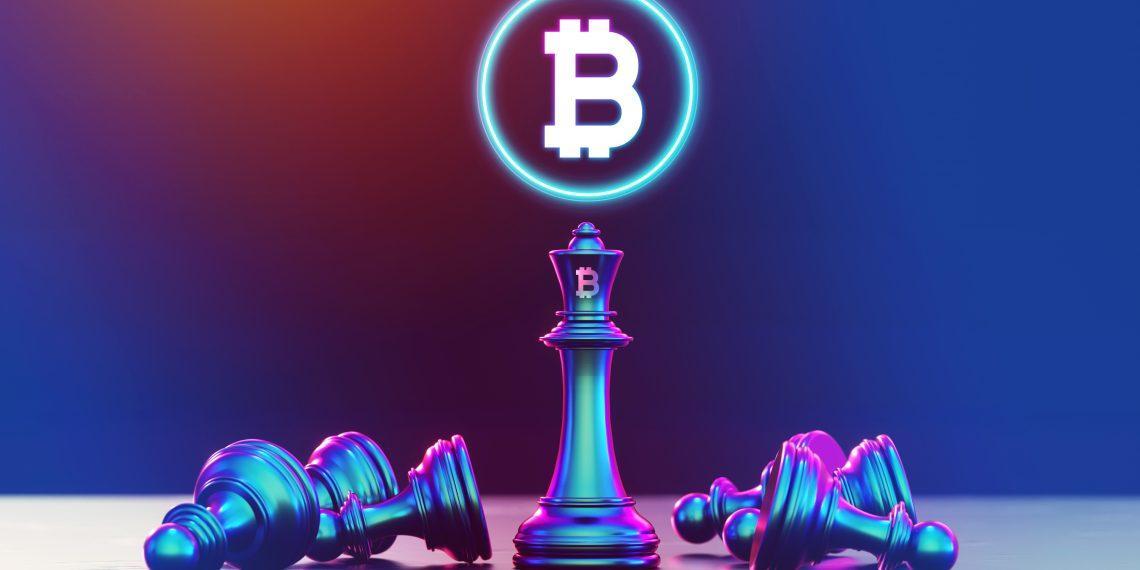 Ten months after El Salvador officially adopted bitcoin as its legal tender, the cryptocurrency has lost about 60% of its value.

The use of Bitcoin for everyday transactions of Salvadorans is currently low and concentrated among the wealthy, educated, young and male population, economists from the US National Bureau of Economic Research write.

In 2022, the number of downloads of the El Chivo crypto wallet was almost zero. Nearly 20% of users who have previously downloaded the app did not use their $30 bonus. About 61% of users did not use the app after spending this bonus.

Ricardo Valencia, assistant professor of communications at California State University, Fullerton, said that Bukele is a bitcoin gambler amid a complete lack of investment in the country’s infrastructure. According to Valencia, cryptocurrency in El Salvador is ultimately something more like a publicity stunt, which can later turn into “hell” for the economy and ordinary people. Valencia called Bukele a dictator with forceful methods of solution.

But for now, the incumbent president is still loved by his people. An opinion poll showed Bukele’s approval rate at 85%, the highest of any Hispanic leader.

Meanwhile, the Central African Republic became the second country in the world to adopt bitcoin as legal tender in May. It is one of the poorest countries in the world and ranks second to last on the Human Development Index. Perhaps the CAR is also hoping for bitcoin tourism or donations from billionaires from Silicon Valley. 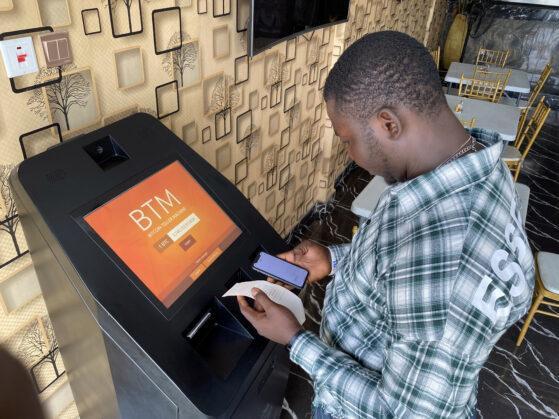 Well, ordinary investors should not waste time. While many digital assets are at the bottom, it is worth trying your luck in the crypto market.

Now many fundamentally attractive crypto projects are traded very low. There is a good chance to buy high-quality assets as a long-term investment.

To trade on cryptocurrency and other foreign exchanges, use an international online broker that provides direct market access and minimal commissions.

Are you confident in your trading skills and looking for the best trading conditions? Feel free to open a live account and start earning money today.

Do you want to test your trading ideas or just try trading in action? Open a free $10,000 demo account and learn to make money is a safe, risk-free mode.

By the way, you can also receive free daily trading signals from professional traders with years of experience.

In this November Digest we provide insight into the crucial aspects of the global economy and the importance of trading psychology and discipline.