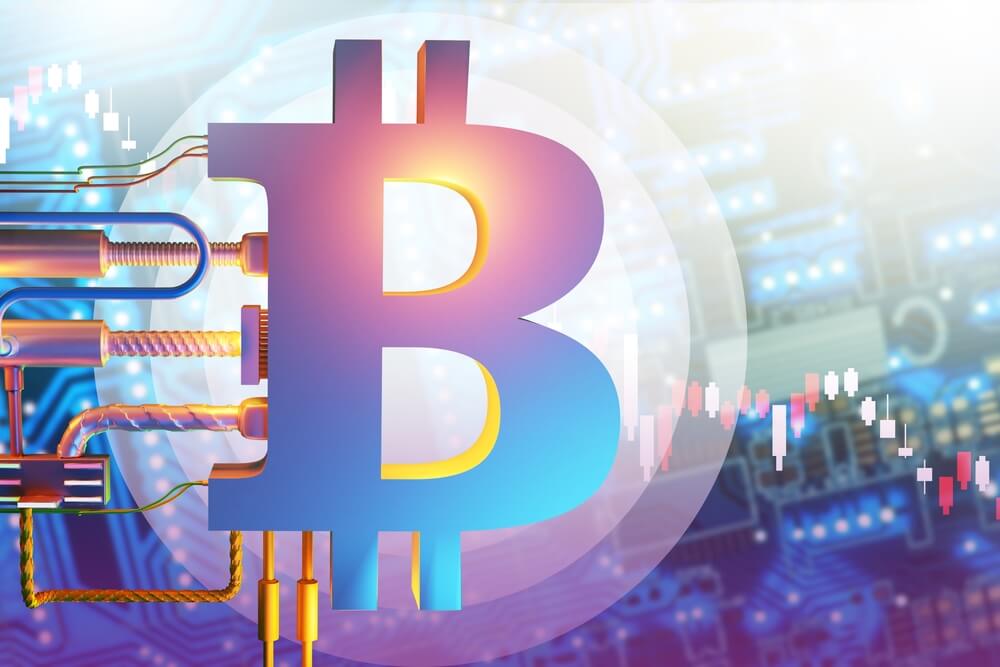 
Who benefits from the crypto apocalypse?

Under cover of ALL IS LOST, somebody might increase the assets…

According to Glassnode, the current crypto market price decline is called historically unprecedented, and the current bear cycle is playing out as the worst one in history.

There is a reason for this panic, hardly driven by major media like the Financial Times and Bloomberg. The beneficiaries are large US corporations. Some of them are buying assets at the bottom. These assets are DeFi, lending platforms and large mining farms.

Should we consider massive layoffs in the number of employees in crypto companies as a signal of miners’ capitulation?

No. Because what is happening in the crypto industry is largely related to the economic challenges that are acute for all Western countries.

In 2021, crypto projects inflated the state exorbitantly. Many of them did not take into their business models situations when the crypto falls within a bear market. With such an approach, collapse is inevitable. Especially given that the digital market is young and in its infancy, where frequent and unexpected ups and downs are considered to be the norm.

Accordingly, the norm is the bankruptcy of companies which, for some reason, decided that they are out of the real economy with its understandable limitations. They thought they came from the wonderful country of fairies and elves.

Mining companies are increasingly facing problems in paying loans. Borrowed funds were secured for $4 billion by mining equipment. The unhappy moment is that the equipment has recently become cheaper.

Thus, according to Luxor Technologies Corp., the cost of the popular Bitmain S19 mining unit has decreased by about 47% against a high of $10,000 in November. Roughly speaking, mining rigs are now half the price of what they used to be when miners took out bank loans.

For example, Core Scientific Inc. sold over 2,000 BTC in May to cover operating expenses.

Bitfarms Ltd. sold about 50% of mined coins to repay part of its $100 million loans in early June.

The figure below shows the dynamics of sales of mined coins by the most significant private miners. 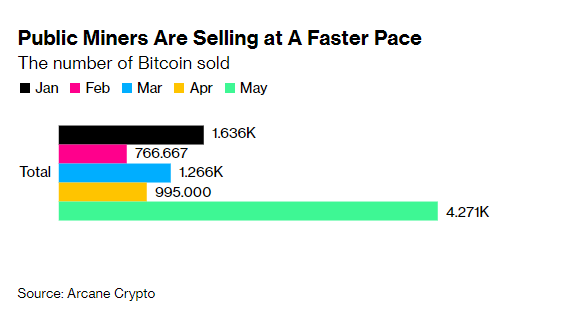 Fig. 1. Coin sales by private miners from January to May 2022. Source: Arcane Crypto.

This most likely means that the farms do not have enough money to cover operating costs.

If lenders start to massively sell equipment on mortgages, then Bitcoin could start to fall with even more terrible force. The lower the price of bitcoin, the more difficult it is for miners to pay loans. At the same time, the cost of equipment may fall even lower if creditors begin to liquidate the equipment on a massive scale.

The figure below shows the dynamics of prices for mining installations in the period from 2018-2022. 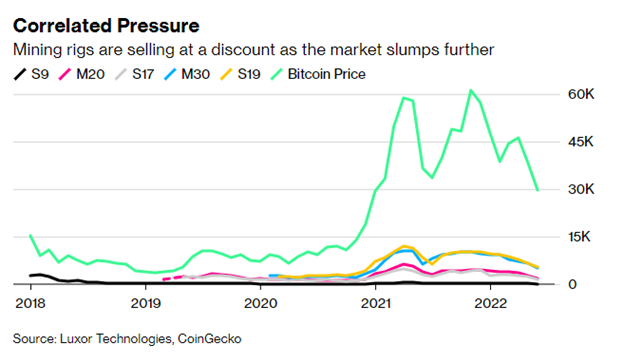 A few words about pricing

Many Bitcoin miners are still making decent profits. According to Arcane Crypto, the production cost for a large mining company is about $8,000 per token, assuming stable electricity prices and unworn hardware.

It is worse for those who have large loans and who expected that the cost of equipment would rise, not fall.

When factoring in infrastructure overheads and lending rates, the total cost for some miners could already be over $20,000, which is roughly in line with the current price of BTC, according to Securitize Capital. 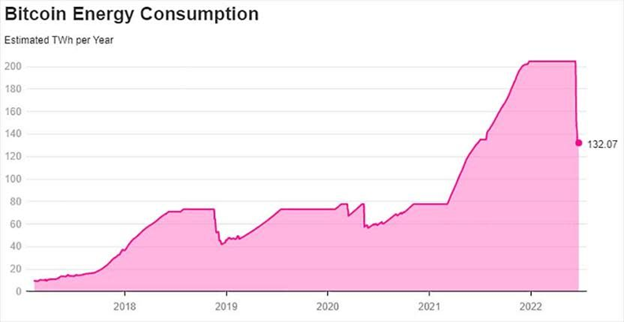 Fig. 3. The energy that is consumed for BTC mining in terawatts. Source: techbriefly.com

According to average expert estimates, the bitcoin network’s hash rate (effective performance) will fall by 20-30% in the coming year as part of the farms are eliminated from the game.

Miners are the most significant market “whales”

Miners can be called the largest coin holders on the market, with 800,000 BTC on hand, according to Coin Metrics. At the same time, private miners account for about 46,000 BTC. And if these private players cash out their BTC reserves, it could push Bitcoin even lower.

Conclusions and forecasts. What is next?

There’s a very small likelihood that the mining business will collapse to a microscopic point. However, many small miners and crypto projects are to leave the market. This is a fact one can’t ignore.

There will follow blocks of mergers and acquisitions. Many capitalized companies might want to buy quality projects at bottom prices.

Thus, the crypto market will soon enter the stage of consolidation. There will be fewer companies on the market, but they will be larger and more resistant to the challenges of the real economy.

Bitcoin prices could fall lower. Especially given that small miners will be forced to sell collateral equipment and leave the mining segment.

But crypto prices may stop declining if it turns out that the consolidation speed within the mining will go at a rapid pace. In such a situation, there will be natural money flow into the industry, contributing to the crypto projects’ growth.

In the bottom line, the crypto projects market will grow larger and become more centralized. It will be something about a full-fledged digital finance sector that will eventually have a legal status and permanent integration into the global economy.

Do you want to make money with crypto?

Feel free to open an account with the international online broker AMarkets. You can be engaged in Forex, crypto, stocks, and indexes trading, dealing with the cutting-edge company. Enjoy accurate market analysis, trading ideas and the best tech support service.

In this November Digest we provide insight into the crucial aspects of the global economy and the importance of trading psychology and discipline.

How to Trade on Yen in 2021: A Forex Trader Complete Guidance

Here is your manual for yen trading for 2021. We are going to tell you what you need to know about the USD/JPY pair.