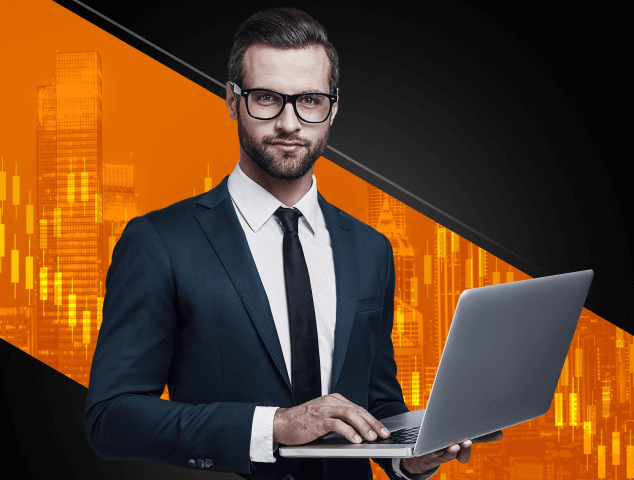 When you trade with the largest possible volume that you can afford, your trade should be profitable immediately, because then the amount of loss will be very high.

The key to success in business is emotional discipline. Making money has nothing to do with intelligence. The one who simply admits he made a mistake will succeed in the trade.

For a trader, “justification” is the path that leads to irreversible failure. If you are tired and confused, it is not right to continue trading.

The main factor in gaining wealth

Maintaining capital and waiting until the right time to make exceptional profits.

Your trades are the mirror image of your personality.

Financial markets are strange places. A very good place for self-knowledge that shows you to yourself with high quality. Please review the following questions in your mind, so that we can move forward step by step.

And countless questions that you have all been involved with and they seem familiar to you. Whatever flaws you have in your personality will be reflected in exactly the same flaws in your trades, and perhaps with higher odds and heavier costs.

But what exactly is the solution?

This problem can be solved in reverse or at least sought to correct it. That is, start rectifying your trading problems by modifying your personality. For example, if you have stress in your trades, the source of this stress in other parts of your life should be eliminated.

If you are in a state of revenge at the time of trading and you want to make up for the wrong trades you have already made at any cost, then you are also a vindictive person in your personal life who needs to be modified.

If you are a hasty person, your trades are also hasty and ill-considered. If you are timid or overconfident, your trades will be affected. Even your nervousness and anger will be fully visible in your trading performance.

If you are a person who considers external factors of the market as the reason for the failures, then in your personal life, you always blame others for your backwardness.

And so, in the same way, look for all your trading shortcomings in your personality and try to correct it. As they say, correct morality to improve the situation.

In addition to having a good car, trading also requires a good driver.

The majority of traders become frustrated when they make a loss and are unable to manage a trading position by losing confidence. Because they were more idealistic than realistic. Here is the only factor that helps; the trader must have been in a lot of losing positions in the past to be able to manage it with psychological mastery. Knowing when you are in the wrong trade is more important than knowing when you are in the right one.

The example is like a football team that when it fails / falls behind, it has the ability to rebuild itself intellectually and systematically. This situation is also reflected in our daily lives; People who have not been challenged and have always been in a stable state, give up so easily when they encounter a little trouble and crisis!!

This is why I believe that if your trading style is strong, the way it is used and the psychological mastery of the individual in complex and fluid market situations is more important. Those people who have experienced the inflammation of the eras and rely on the acquired knowledge of these turbulences to be able to control their emotions in challenging market situations and make the best possible decisions, are successful in financial markets.

Knowing when not to trade is as important as knowing when to trade, they are interdependent. Successful traders know that they will be out of the market more than they are in the market, and they have no problem with that. They are masters of the art of patience and have come to realize that patience is profitable. It is not always profitable for you to be in the market because you are putting yourself at risk. You make a profit through careful planning and timely risks that have the risk of good returns and a high probability that the price will move in the direction you want. 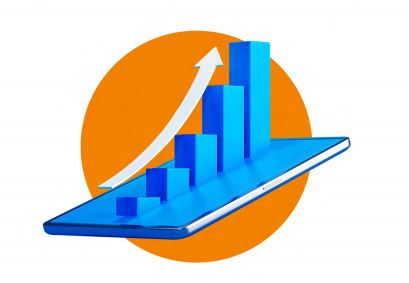 The importance of trading psychology and discipline

Specify buying instructions. If you follow the article, you will understand that the exit rules are explained first. This is because exiting a trade is much more important than entering it, and if your trading strategy does not meet the right exit conditions, you will still fail even with the right entries.

An appropriate entry instruction would be, for example:

“If share A shows a buy signal and the first resistance target is at least twice the stop loss and we are also at the lowest support level, then we will enter the trade.”

The signaling tools to you should be so sophisticated that they can identify all the parameters involved in the stock situation as much as possible and give the signal in the best situation, but at the same time they should be so simple that the results are clearly presented to you for decision. This is where the role of computer programs comes into play.

If you have 20 good opportunities to check in a day, it will definitely be very difficult and tedious to evaluate and decide without the help of a system. Software is basically a better trader than people, because they are not influenced by emotions and make the right decision in accordance with the rules. If all the conditions are correct, they enter the trade and leave whenever a predicted profit or loss is reached.

Therefore, the continuous development of analytical tools, facilities and programs, as well as improving individual skills in identifying and replacing more accurate tools with inaccurate tools, and in short, equipping yourself as much as possible by learning and using available programs, is an important step in finding the best time to enter a trade.

Trading with the help of support and resistance levels

Definitions of support and resistance

Support is a price range where a downtrend is expected to stop due to increased demand at that level. As prices fall, demand to buy increases, thus forms the level of support. Also, as prices rise, resistance zones are created due to high sales.

By identifying support or resistance levels or ranges, valuable entry and exit points for trades are obtained. Because the price will act in two ways when it reaches these levels:

Most trades are based on the belief that support and resistance levels will not be broken. Traders can enter a trade as the price breaks or stops in front of them. If the range is broken, they will leave the trade with a low loss limit, and if the price stops in the range and starts moving in the opposite direction, they will keep their trade open, in which case the price movements will usually be significant.

Technical analysis uses support and resistance levels to identify points where the price has stopped or reversed. This is often seen in the direction of trends.

Support levels usually occur in downtrends that have stopped as a result of increased demand.

Resistance levels are often formed in uptrends that have been temporarily halted due to increased supply.

Round numbers in the price chart

Another characteristic of support and resistance levels is that prices move hard, so the price changes decrease. Most inexperienced traders are very interested in buying and selling in round numbers because they feel that the price in round numbers has reached its true value. Most small traders and even large investors set their profit and loss margins at round prices and usually do not use non-round prices such as 50.06. Due to the high volume of trades at these prices, these ranges become stronger and affect market trends. If all the clients of an investment bank enter into a sell trade with a profit margin of, say, $55, a large number of buy trades will be made to carry out these sell trades, and during this process a resistance level will be created.

The most important economic and political news affecting financial markets

According to Russia Today, US President Joe Biden has nominated Jerome Powell for the second time as the candidate for the presidency of the Federal Reserve.

Reports suggest that the move was widely anticipated by market watchers.

“The United States needs consistent, independent, and effective leadership in the Federal Reserve,” Biden said on his official Twitter account. That is why I will nominate Jerome Powell for a second term as Chairman of the Board of Governors of the Federal Reserve and Doctor Lael Brainard as Vice-Chairman of the Board of Governors.

According to the report, Biden’s move marks the continuation of the Federal Reserve’s current monetary policy at a time when Washington is facing vital challenges, including rising inflation in the midst of efforts to revive the economy due to the Corona epidemic.

In his first term, Powell was appointed governor of the central bank by former President Donald Trump.

He has spearheaded the central bank’s aggressive response to the economic woes of the Corona epidemic, keeping key interest rates close to zero despite rising consumer prices.

US oil war with OPEC; Withdrawal from strategic oil reserves took off.

According to Reuters, the US Department of Energy is expected to announce the withdrawal of strategic oil reserves in coordination with other countries.

According to US government sources, the withdrawal of these reserves has been coordinated with several countries.

The president has called on China, India, South Korea and Japan to coordinate their oil reserves in the wake of rising gasoline prices and declining popularity.

The White House has also repeatedly pressured OPEC producers to increase oil supplies. The OPEC Plus Coalition will hold a meeting on December 2 to decide on the process of increasing production.

The United States has failed to persuade the OPEC Plus coalition to increase oil production further. Most of the coalition’s producers believe that the world is not short of oil. OPEC Plus officials have warned they will not remain silent in the face of US moves to free up oil reserves.

Officials in Japan and India are looking for ways to release their national reserves with the United States and other major economies.

US presidents have issued three permits to withdraw from the country’s strategic reserves, the most recent being in 2011 during the Libyan war. Once in 1991, in the midst of the Gulf War, and once during Hurricane Katrina in 2005, these reserves were withdrawn.

According to the rules of extraction from strategic reserves, oil companies can borrow crude oil from these reserves and then return it, or return refined oil products in addition to its profits.

Euro-dollar parity. How to earn from it?

In this article, we throw some light on the events in Eastern Europe and how to make money on the fall of the euro.