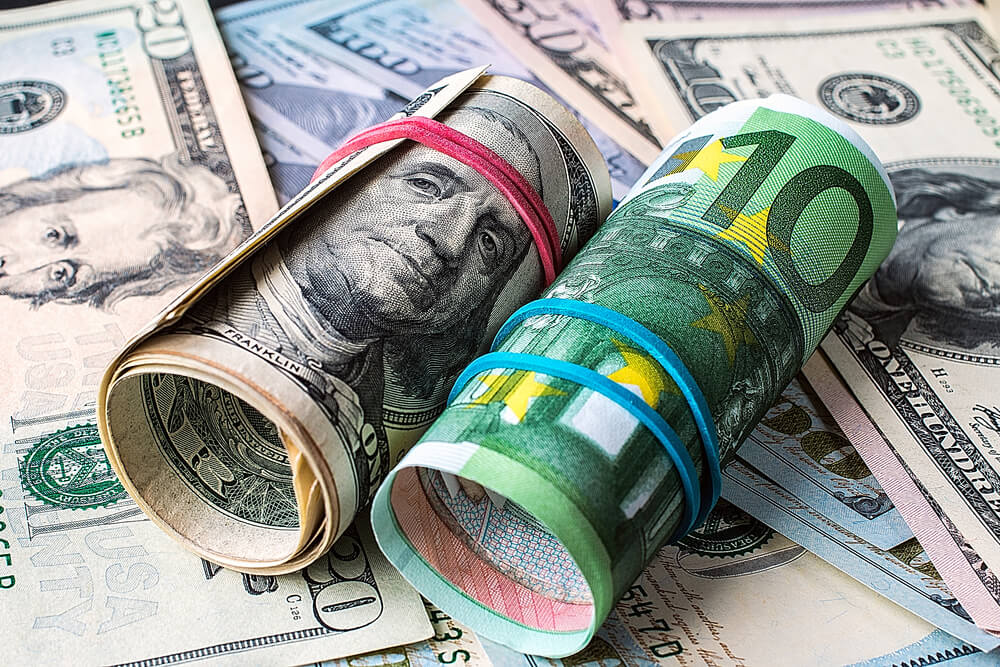 On July 12, the euro tested the parity value against the dollar, which happened for the first time since 1999. At that time the weakness of the euro could be attributed to technical factors and the process of stabilizing the new financial system, but now the sales are due to a serious worsening of the economic environment in the Eurozone. 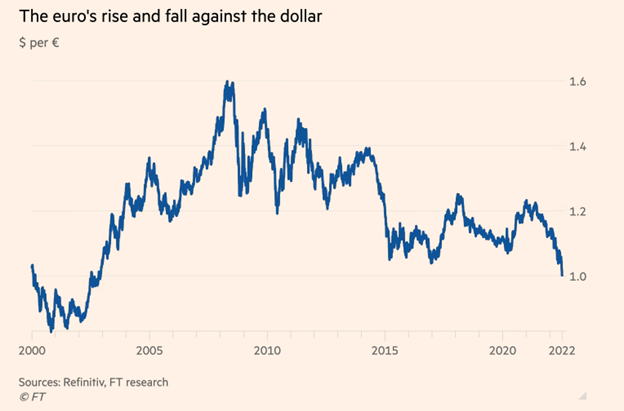 Weak euro – is there any benefit for the EU?

It is generally accepted that a weak currency is an incentive for economic growth, mainly due to the benefits that exporters receive in the form of higher revenues. This is true, but only in conditions of stable inflation, which remains under the strict control of the regulator (the national central bank).

Since inflation in the EU countries is now much higher than the norm, all the exporters’ advantages are leveled by weak consumer demand and constantly rising import prices, that’s why a weak euro no longer seems beneficial to Europeans.

What’s weighing on the euro? Events in Eastern Europe and a strong dollar

The main reason for the weakening of the euro is the reluctance of market participants to take risks. In conditions of economic uncertainty (abnormal inflation, tightening of monetary policy, high prices for raw materials, etc.), investors prefer to invest in protective assets, a special place among which is now occupied by the US dollar. Today’s Europe is a region that is gradually slipping into a crisis, and by the end of 2022 the situation is likely to worsen significantly.

Events in Eastern Europe have led to a significant increase in energy prices throughout the world, especially in the European Union, where many countries are heavily dependent on importing Russian hydrocarbons.

As part of the anti-Russian sanctions policy, the European Union decided to abandon Russian oil, in response to which Moscow reduced the supply of another equally important resource for the EU, natural gas. The resulting deficit immediately provoked a significant jump in the cost of fuel in the European market.

Meanwhile, the US continues to actively tighten monetary policy and raise interest rates, which makes the dollar a more attractive asset than the euro. The US Federal Reserve has already raised rates three times in 2022 and has made it clear that it intends to continue as part of its strategy to control inflation.

The ECB is also expected to raise rates to bring inflation back to its 2% target, but more slowly than in the US. In particular, the ECB has planned to raise rates by 0.25% in July, while the US Federal Reserve intends to increase it by 1%. Thus, the obvious difference in the actions of the regulators, as well as the growing differential in interest rates, leaves no chance for the buyers of the euro.

What will happen to the euro next?

If there is an increase in the anti-Russian sanctions rhetoric from the West, the global energy crisis will reach a completely new level, Europe will be left without gas, and the euro will continue to weaken.

The monthly indicator of investor expectations for the German economy (ZEW) fell to its lowest level since the start of the EU sovereign debt crisis in June, while inflation is continuing to break records. 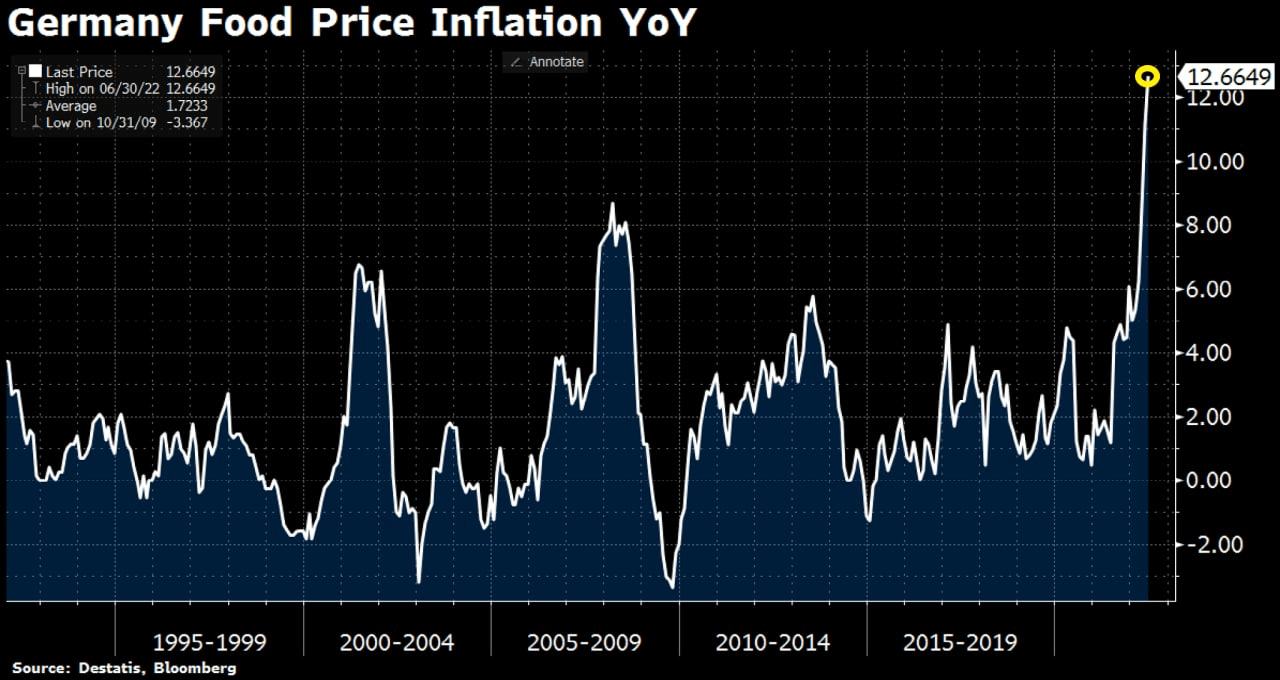 The impact of a strong dollar is especially noticeable against the background of rising energy costs, valued in US dollars. Deutsche Bank estimates that Europe is going to face a trade deficit if prices remain at their current high levels. Weak statistics is another important indicator of the weakness of the euro, as it clearly indicates the inevitability of a recession in the European economy. The euro cannot rise under such conditions.

How to make money on the fall of the euro?

In short and simply, the euro will continue to weaken. According to the forecast from Deutsche Bank, the EUR/USD pair may reach $0.95 by the end of this year.

If you want to make money on the difference between the euro and the dollar and other pairs of the FX market, open an account with an international online broker and start making money without limits.