XAU/USD: Gold came to life in the open and reached a fresh high of $1,988.51. Gold prices reclaimed the five-week high at $1,1989 on Easter Monday after a brief Friday pullback. Gold appears to be aiming at reclaiming the $2,000 psychological level amid collective refuge and safe haven seeking within the context of elevated inflation levels and possible risks of a recession. The safety theme continues to dominate even despite the increase in the US Treasury yields. In addition, a strong reaction of gold prices is expected after the Fed’s monetary policy announcement which will take place on May 3-4. 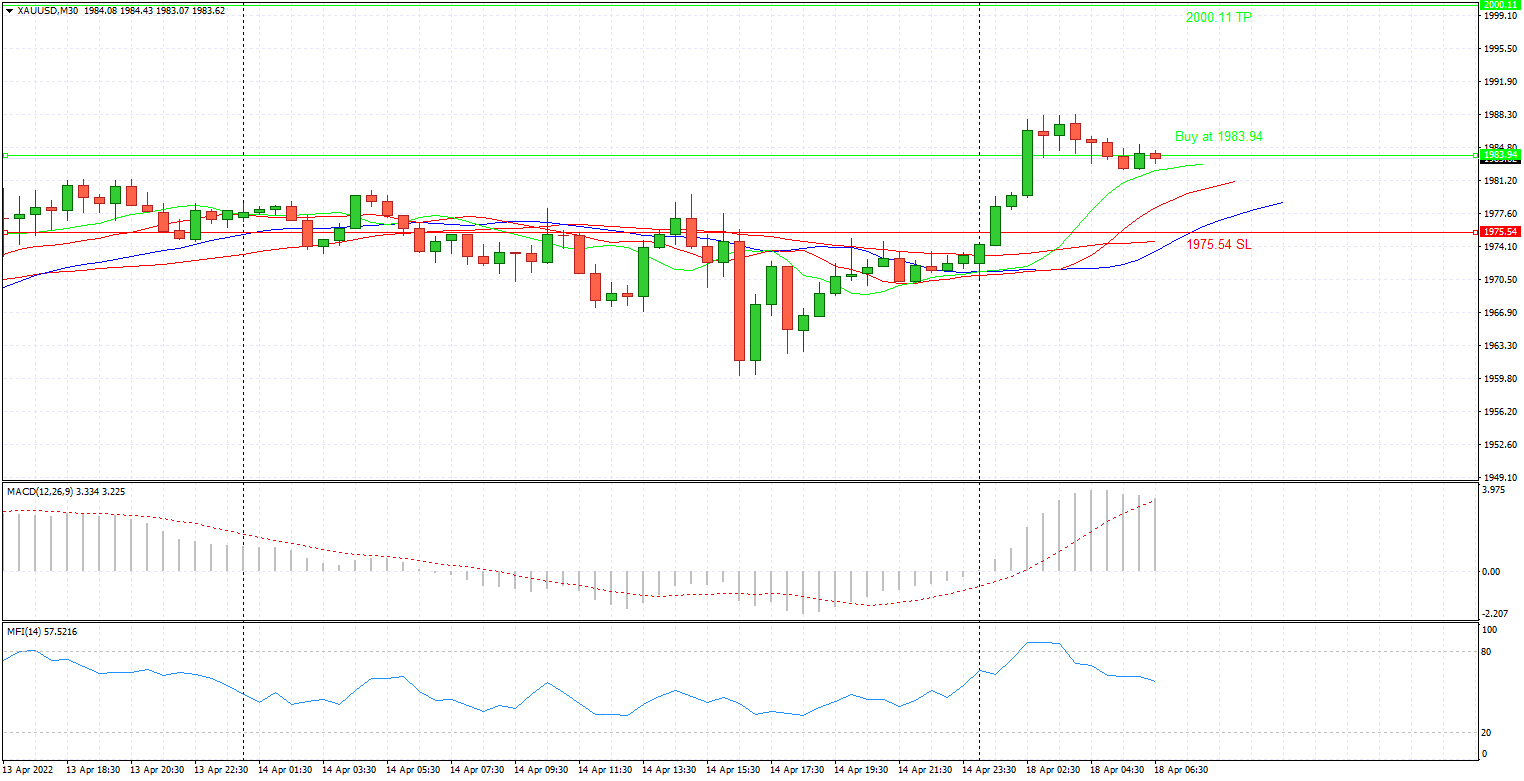 EUR/USD: The euro reached a two-year low against the greenback as the ECB President’s comments were interpreted as a sign of no interest rate hikes in the near future, which contrasted with the Fed’s aggressive monetary policy. The ECB President stated that no clear timeframe for rate-raising is currently available, adding that it could take several months after the ECB’s stimulus scheme. In fact, the ECB left its key policy rates unchanged and reaffirmed that rate hikes would only come sometime after the Asset Purchase Program (APP) is concluded in the third quarter, which led some investors who anticipated a more hawkish tilt to disappointment. In addition, constant worries regarding the potential economic fallout from the Ukraine crisis continued to exert negative influence.

USD/JPY: USD strengthened against the JPY in preparation for U.S. interest rate hikes. John Williams stated that the Fed should consider increasing the interest rates by a half percentage point during the next meeting, which will take place in May. The statement was interpreted as a further sign in favor of larger rate hikes in the future. Therefore, JPY weakened by 0.20%, with a strong resistance located at 126.71. Kuroda’s comments regarding the “excessively weak yen” might provide some support to JPY. Even though Japanese authorities perceive weak yen in a generally positive light, sharp declines can still have more negative implications. Therefore, it seems that the current aim is to slow the yen’s fall.