USD/JPY: The US dollar rose against the Japanese yen on Thursday due to positive news that the Omicron variant of COVID-19 might be less serious than expected. Besides, the US had published strong economic data ahead of the Christmas Holiday. The country published November Durable Goods Orders, which rose 2.5%, better than expectations. Initial Jobless Claims for the last week were at 205 thousand, while the November core PCE Price Index rose more than expected. US Personal Income, Personal Spending, and the December Michigan Consumer Sentiment Index have also shown a positive dynamic and were better than market expectations. There won’t be any macroeconomic releases on Friday. The pair can correct to the 114.15 level and after that, the price will probably continue its upward movement towards 114.95. 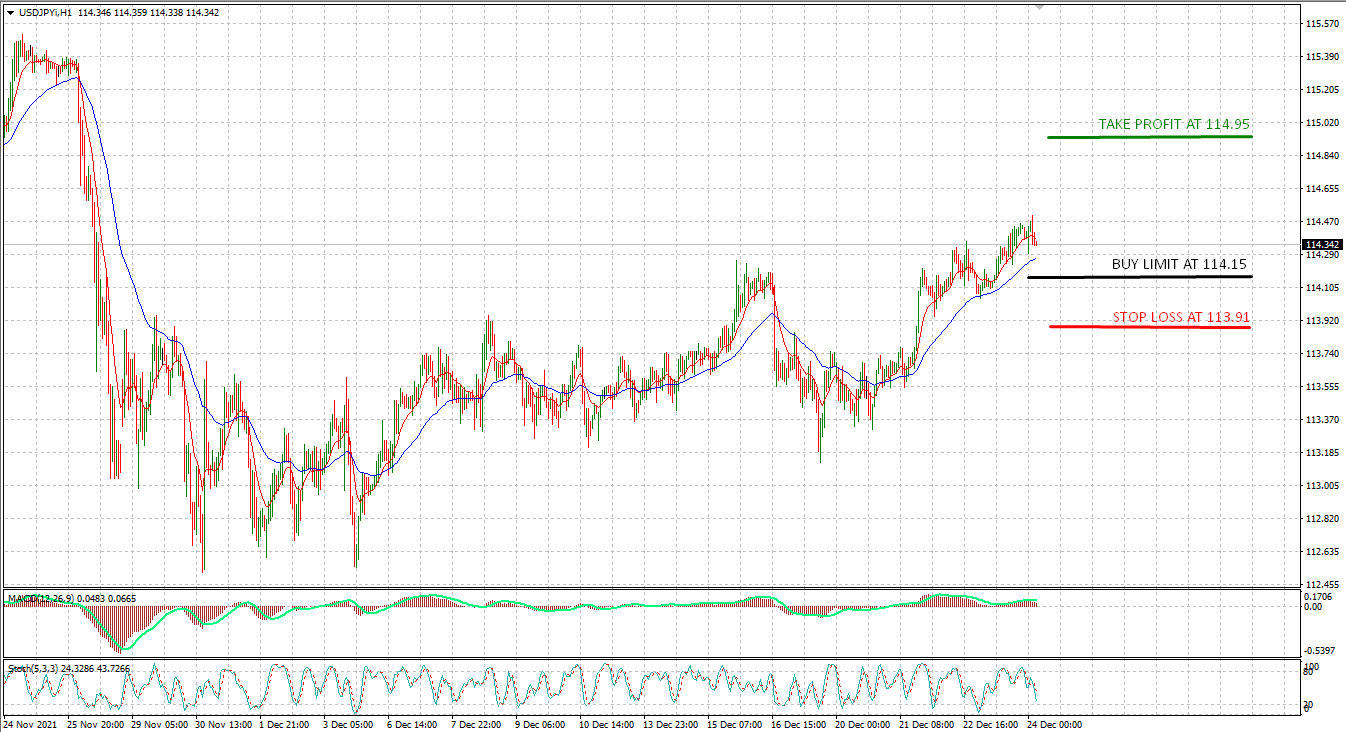 USD/CAD: The US dollar fell against the Canadian dollar on Thursday. Investors’ risk sentiment is solid and this, in turn, has promoted a bid for oil despite regulators’ concerns about its spread. The Canadian dollar was supported by strong oil prices yesterday. Canadian monthly GDP matched with forecasts and was better than in the last period. Given the off in most of the Western markets and a light calendar, the pair is expected to remain sidelined due to a lack of major events in the near future. The local resistance level can be seen at 1.2840. A breakout to the upside can trigger growth to 1.2920. 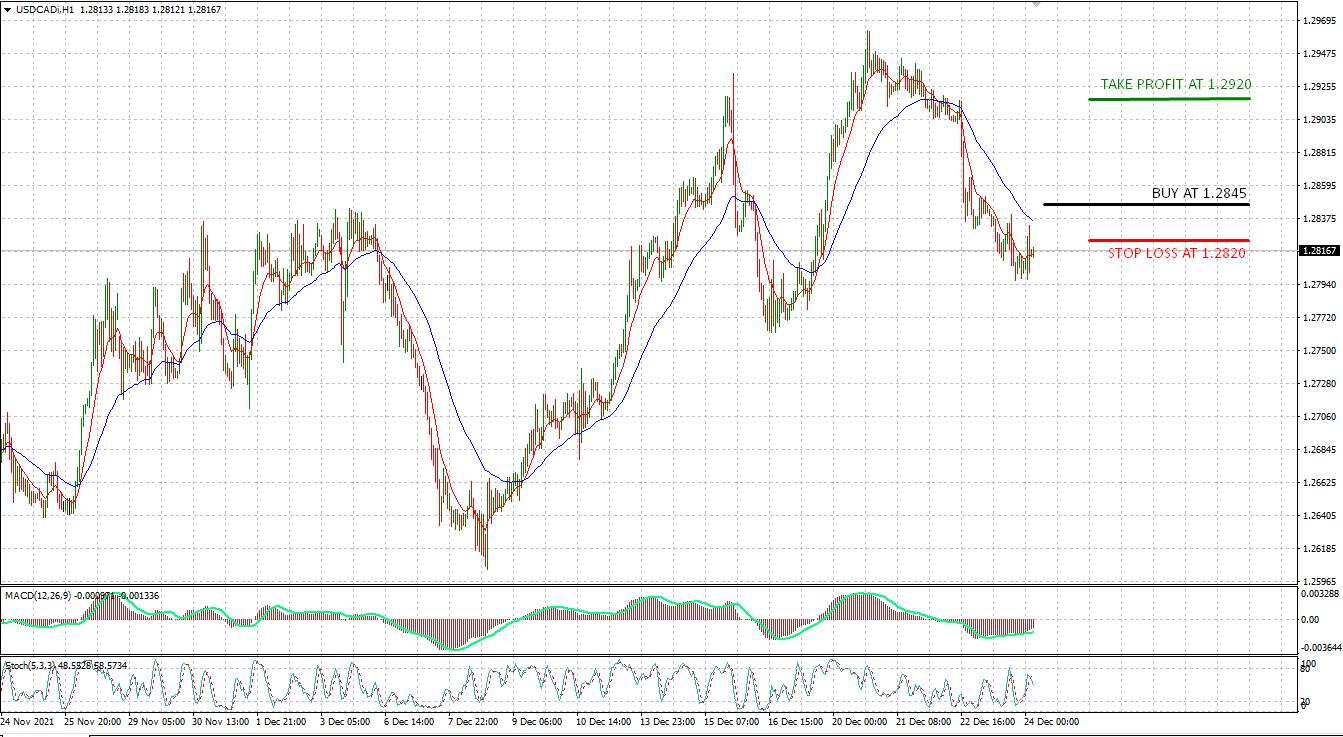 BRENT: Oil prices rose on Thursday. The rise of risk-on investments ahead of Christmas, known as the “Santa Claus Rally”, nudged gold and oil prices higher. Meanwhile, South Korea will release 3.17 million barrels from its strategic petroleum reserves from next month, joining the US-led drive to bring down international crude oil prices and tame consumer inflation. Global oil demand reached its peak in 2021 when the world started to recover from the coronavirus pandemic, and overall global consumption could reach a new record in 2022 – despite efforts to reduce fossil fuel consumption to reduce climate change. The local support level can be seen at $75.30. A breakout below could take the pair to an immediate target of $71.40. 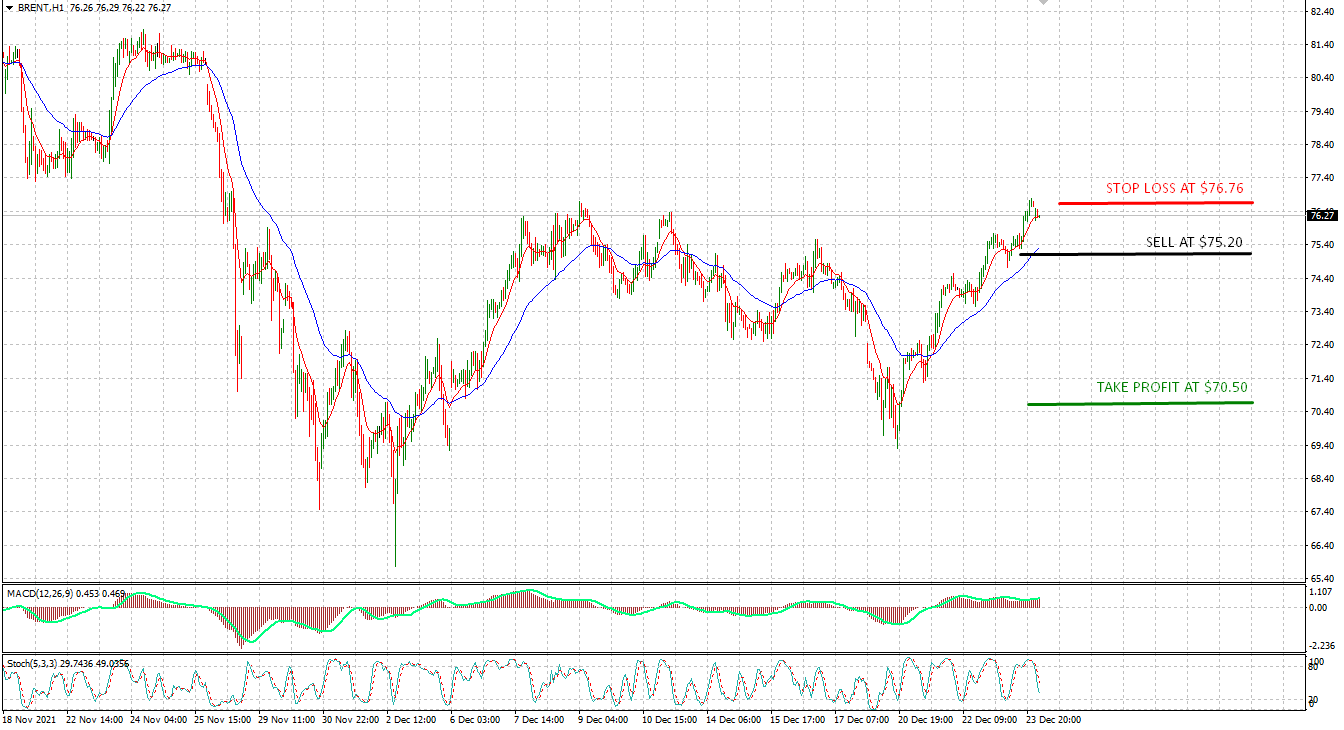