USD/JPY: The US dollar fell against the Japanese yen on Monday due to mixed news on the Russia-Ukraine crisis. Yesterday Japan published Industrial Production figures which were worse than expected, and Large Retailer Sales and Retail Trade figures that showed a positive dynamic. Today the US will publish ISM Manufacturing indexes in the second half of the day. The local resistance level can be seen at 115.40. If the pair reaches this level and rebounds, it can trigger a further decline towards 114.70. 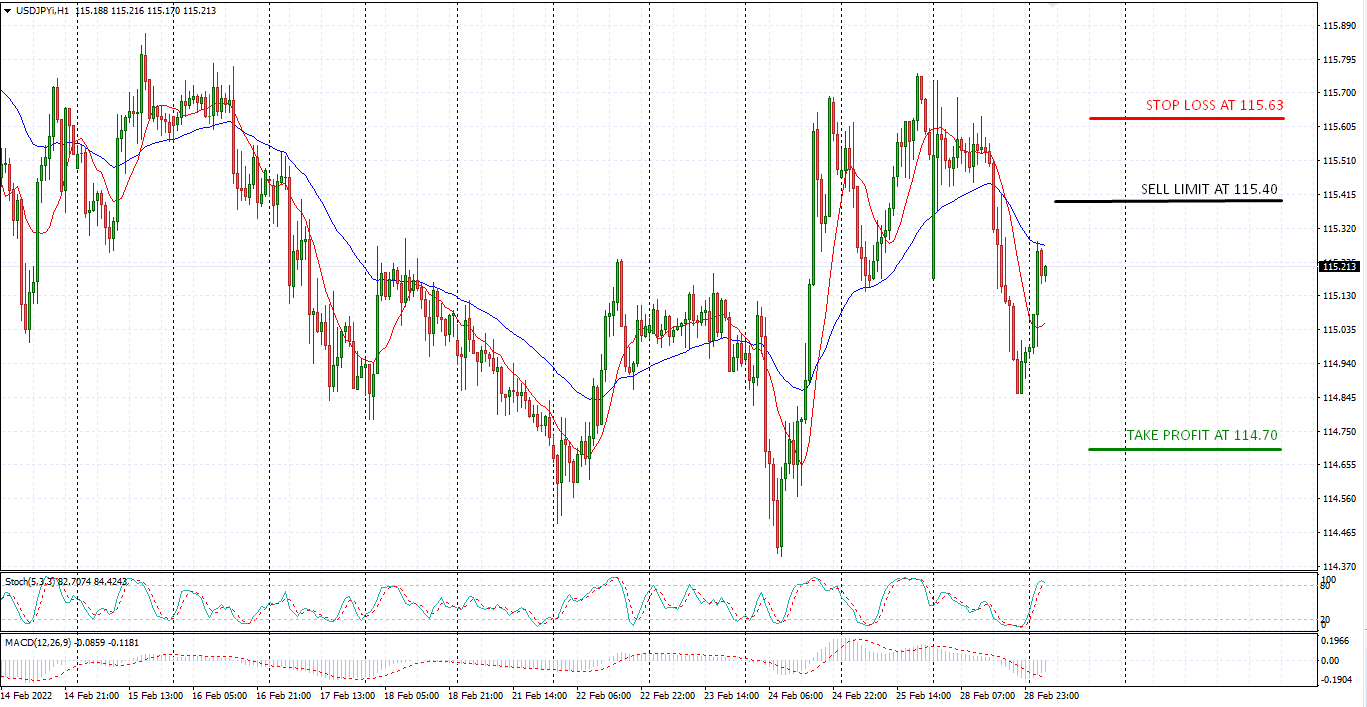 USD/CAD: The US dollar fell against the Canadian dollar yesterday due to safe-haven flows dominating global currency markets after the EU imposed tough sanctions against Russia. Today Canada publishes the Gross Domestic Product data. Year-over-year, the GDP is expected to grow. But the key event for Canada this week is the Bank of Canada interest rate decision on Wednesday. The Central bank is expected to hike its benchmark rate for the first time since October 2018, raising it to 0.5% from 0.25%. The local resistance level can be seen at 1.2690. If the pair reaches this level and rebounds, it can trigger a further decline towards 1.2630. 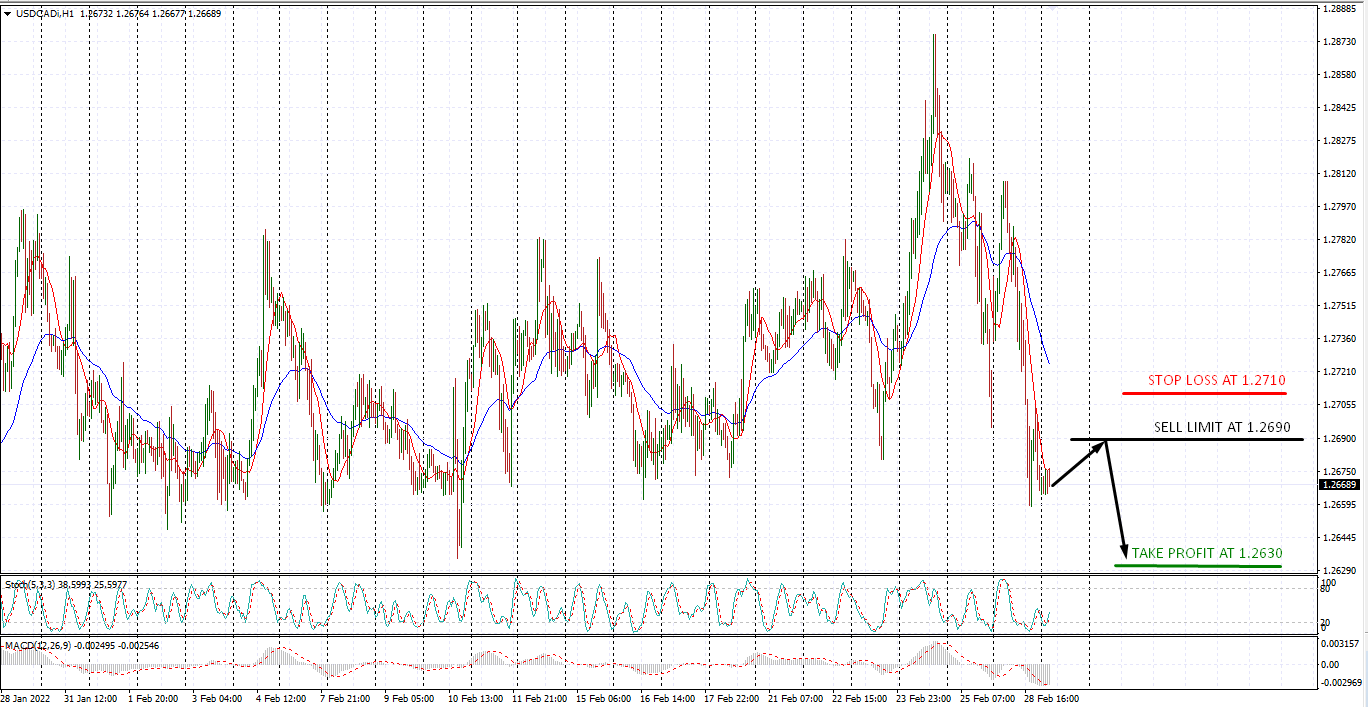 BRENT: Oil prices jumped on Monday as the EU imposed more sanctions on Russia and blocked some Russian banks from a global payments system, which could cause severe disruption to its oil exports. Concerns over tightening supplies come as major oil and gas companies, including BP and Shell, have announced plans to exit Russian operations and joint ventures. Buyers of Russian oil are also facing difficulty over payments and vessel availability due to sanctions. The International Energy Agency is set to hold an extraordinary ministerial meeting today to discuss what role its members can play in stabilizing oil markets. OPEC and other producers, including Russia, will also meet on Wednesday and are anticipated to maintain a gradual increase in supplies. 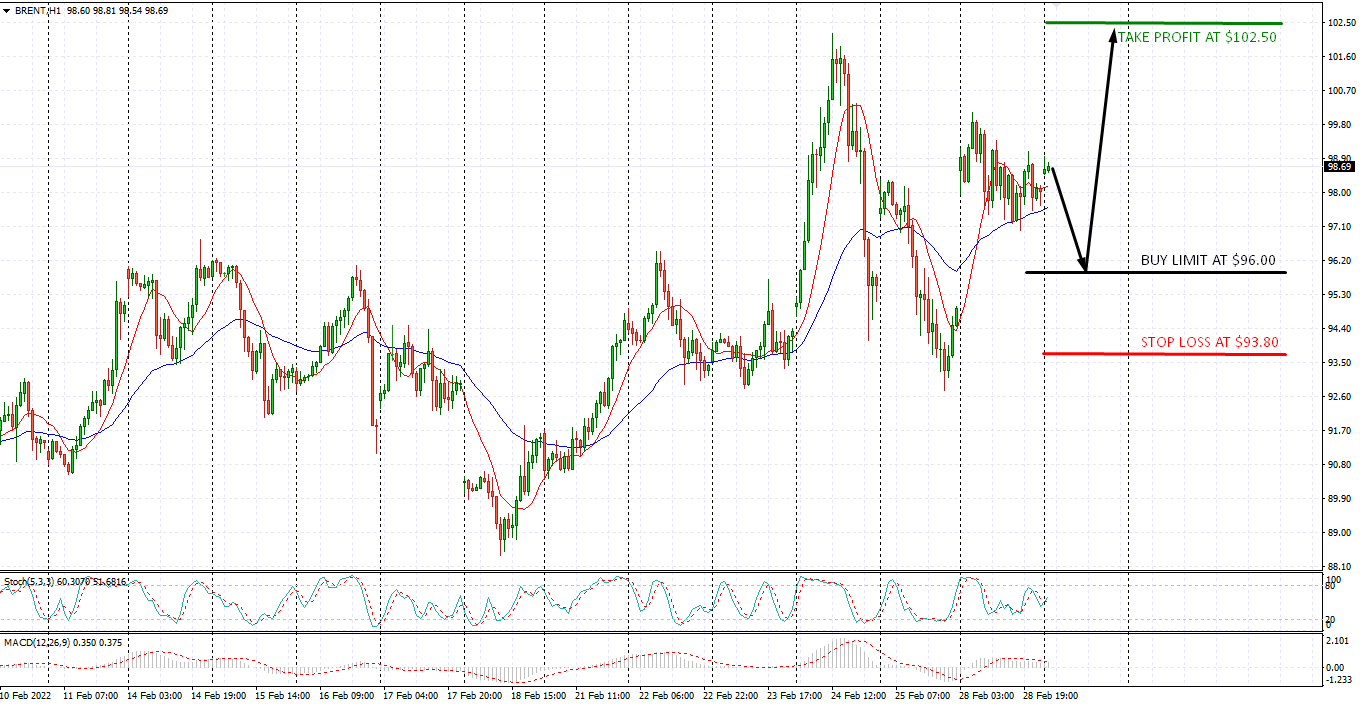