EUR/USD: The U.S. dollar keeps strengthening against the European currency. The U.S. regulator expectedly increased the interest rate by 50 points to 1.00% and also announced the beginning of a gradual reduction of its balance sheet. In later comments the head of the regulator Jerome Powell dispelled reports that officials could further accelerate the pace of monetary policy tightening and, for example, adjust the rate at once by 75 percentage points. The rhetoric of the U.S. Federal Reserve Chairman calmed investors who believed that too drastic tightening of parameters would be a catalyst for the transition of the U.S. economy into recession. In addition, German economic data showed that March industrial orders suffered the biggest drop since October. Orders for industrial goods dropped by 4.7%. The European currency continues to decline as the region struggles with weakening economic growth and energy disruptions. 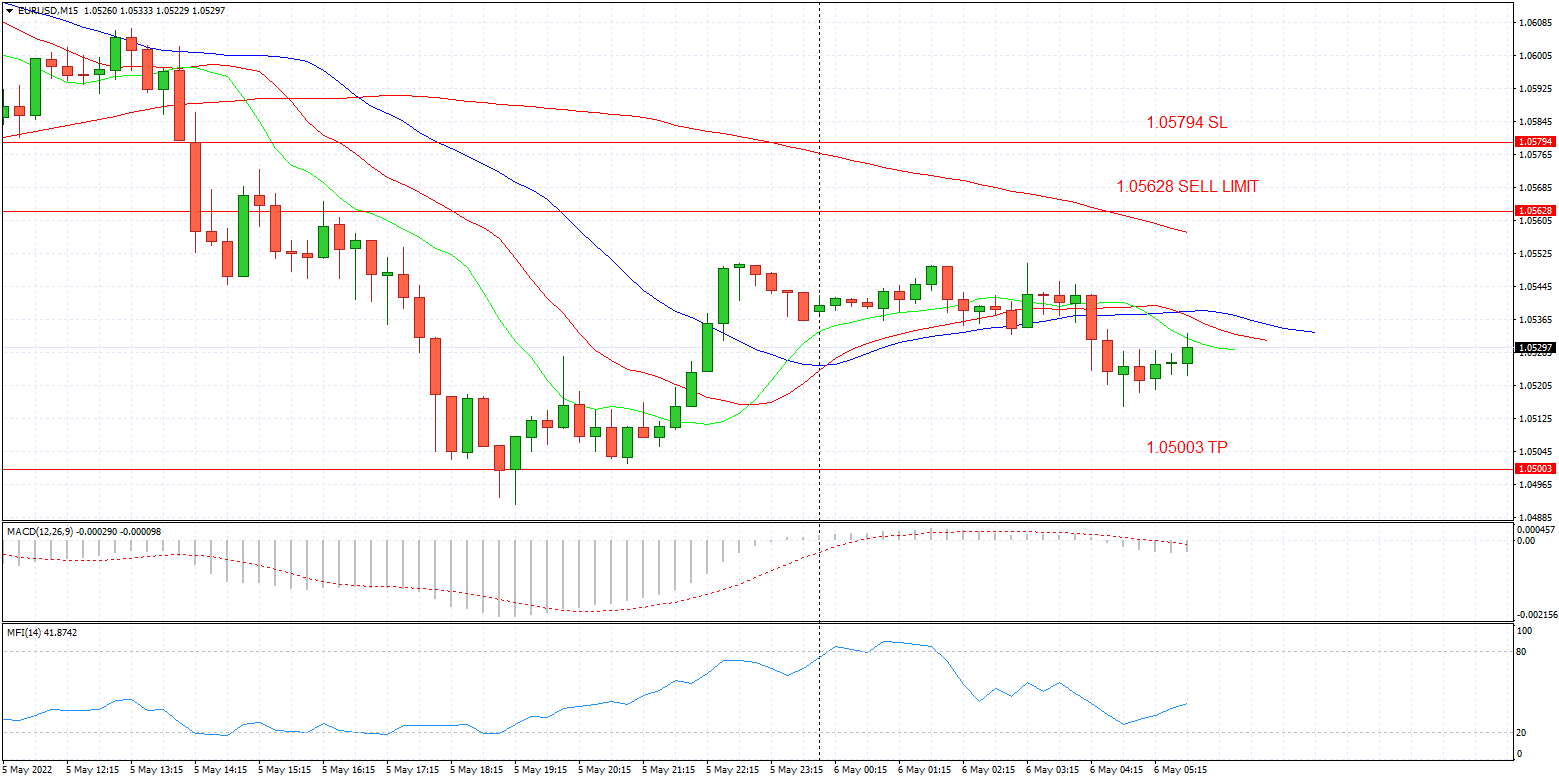 GBP/USD: The pound is seriously weakening against the U.S. dollar. British investors are focusing on the results of today’s meeting of the Bank of England. The British regulator has once again raised the interest rate by 0.25% bringing it to 1.00% – the highest level in 13 years. Meanwhile, several officials were in favor of adjusting the value immediately by 0.50%, but they remained in the minority. The regulator also stated that it expects U.K. inflation to rise to 10.2% this year because of the Ukrainian crisis and coronavirus restrictions in China. Sterling dropped by over 2% against the dollar to a low of $1.23615. Overall, according to the regulator, the economy could face a recession in the last quarter of the year. The latest comments strongly disappointed investors and put pressure on the pound’s position. The Bank of England kept its forecast for economic growth this year at 3.75%, but slashed its forecast for 2023 to show a contraction of 0.25% from a previous estimate of 1.25% growth. 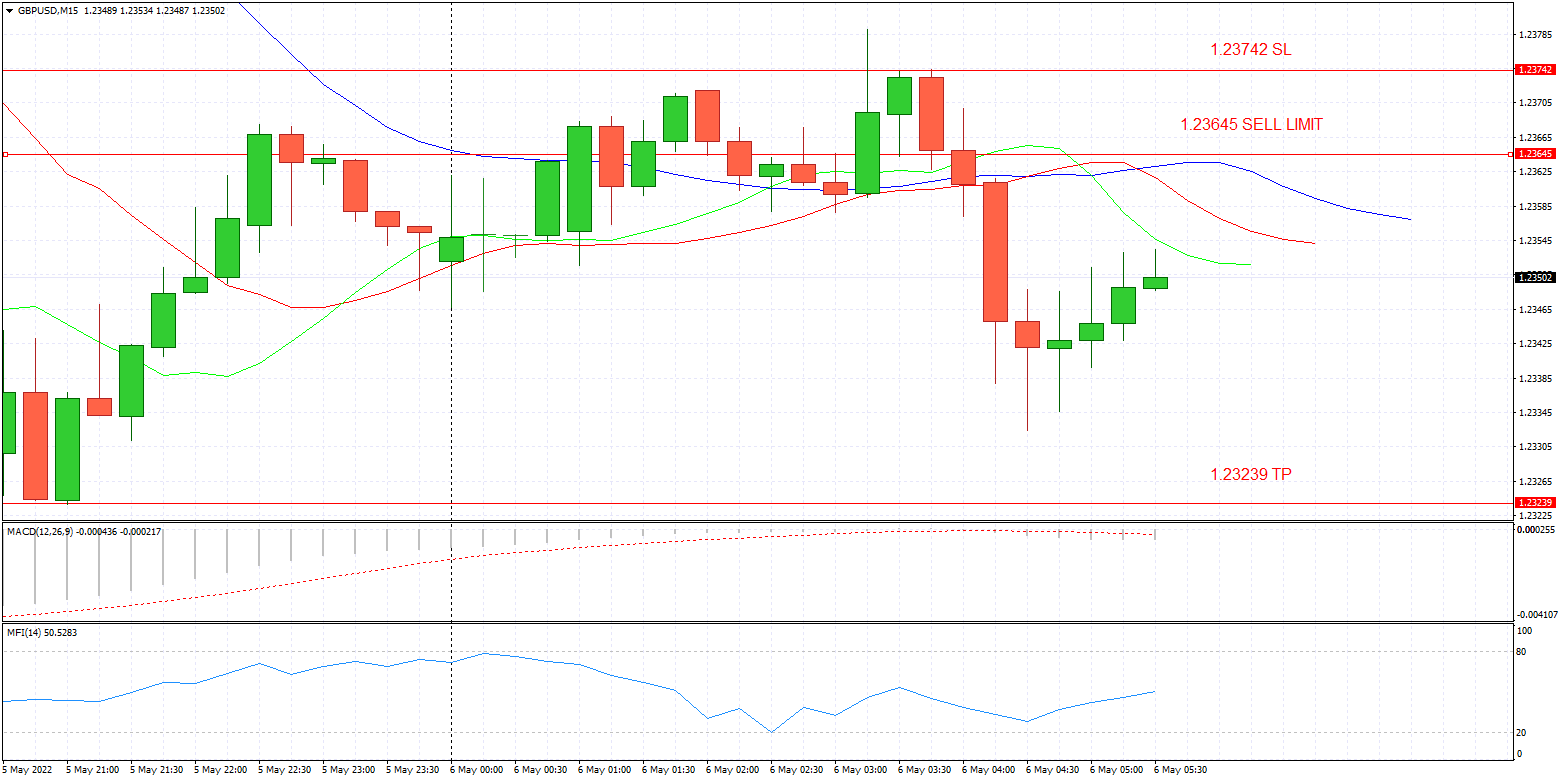 XAU/USD: Gold remains under pressure as investors react to the recently increased anxiety related to the US employment report for April within the context of the latest Fed announcements as well as the market’s general U-turn on Thursday. Furthermore, the Bank of England’s recent inflation and economic recession forecast severely reduced the risk appetite. In addition, the COVID-19 spreading in China as well as SEC adding over 80 Chinese companies to the potential delisting group from the US exchanges, further reduced the overall risk appetite across the market. 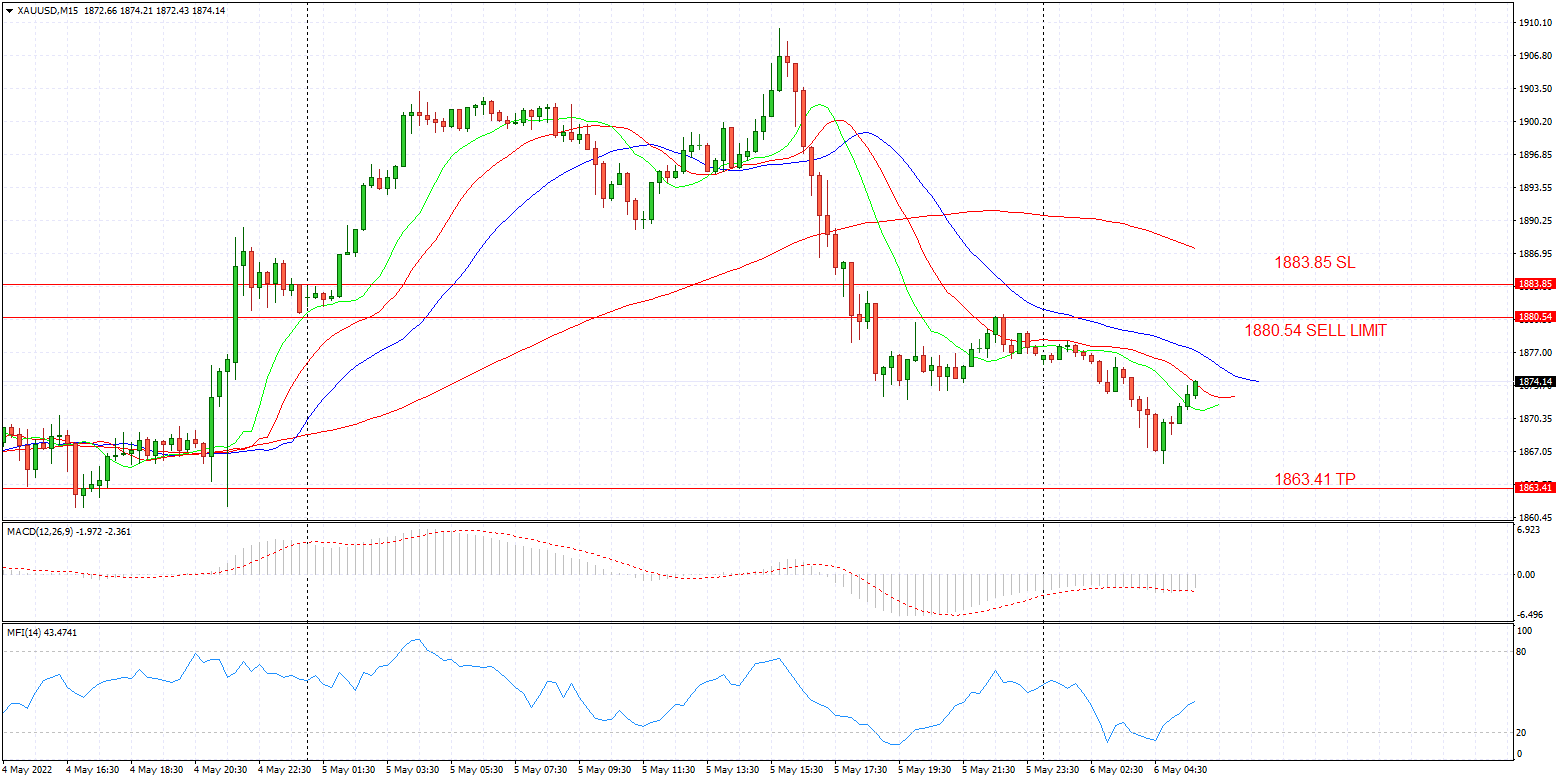