USD/JPY: The US dollar rose against the Japanese yen on Tuesday and updated its six-year top. The strong US Treasury yields and Wall Street indicators seem to have underpinned the pair’s latest rally. The talks over further stimulus from the Japanese government support the yen too. US Fed keeps inflating expectations of faster interest rate hikes, causing the US Treasury yields to rise. Meanwhile, Japanese Prime Minister Fumio Kishida is likely to order an additional economic stimulus package by the end of March. The pair will have the growth potential as long as the Federal Reserve sticks to a tighter monetary policy than the Bank of Japan. Today we expect Fed Chair Powell’s speech that can give more clues on the regulator’s stance. The pair can correct to 120.75, and after that, the price will probably continue its upward movement towards 121.50. 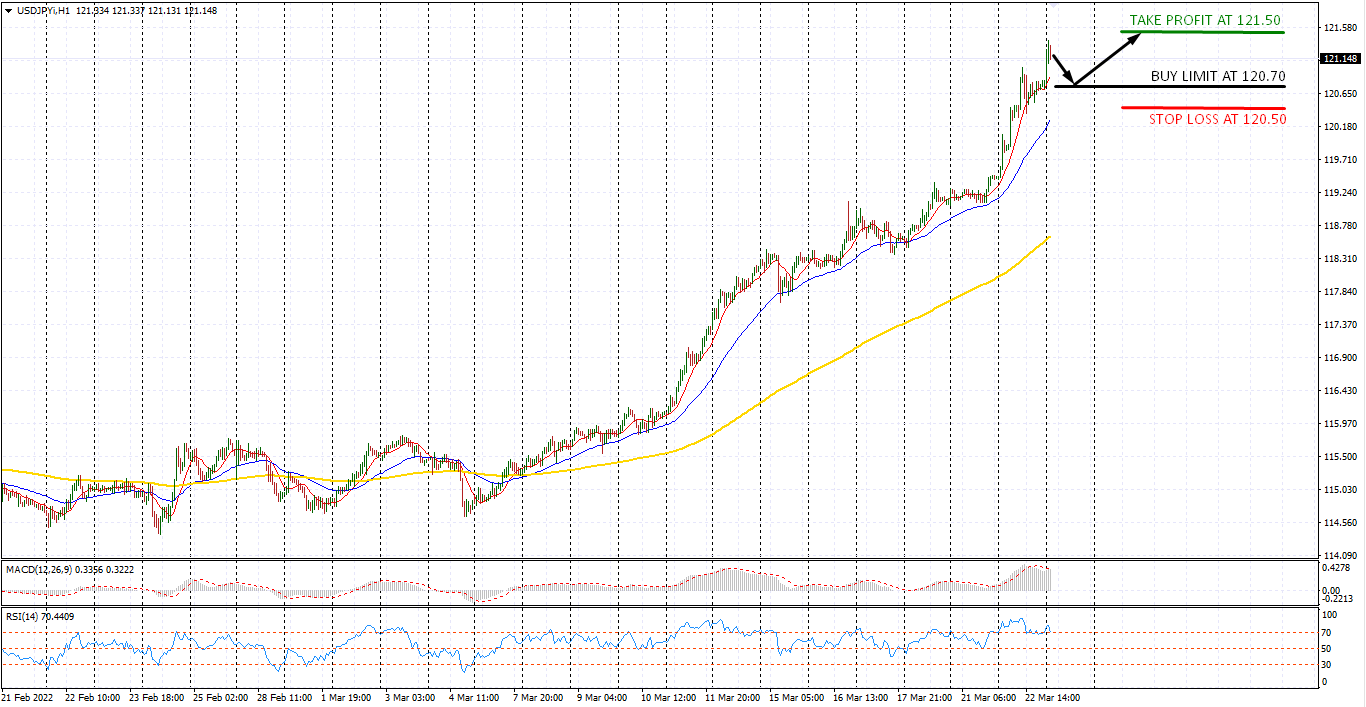 EUR/USD: The European currency rose slightly against the US dollar yesterday. Euro has been vulnerable in the last two months as the Russian-Ukrainian conflict poses a serious threat of stagflation in Europe. Rising oil and metal prices have caused the prices to rise in manufacturing and other sectors of economic activity. Europe, which is highly dependent on oil and energy from Russia, is facing challenging times amind the sanctions imposed on the Russian economy. All of these have also impacted the supply chain structure of Europe. Market is waiting for the European Union leaders’ summit on Thursday, which will also be attended by US President Joe Biden. The local support level can be seen at 1.1000. A breakout below could take the pair to an immediate target of 1.0930. 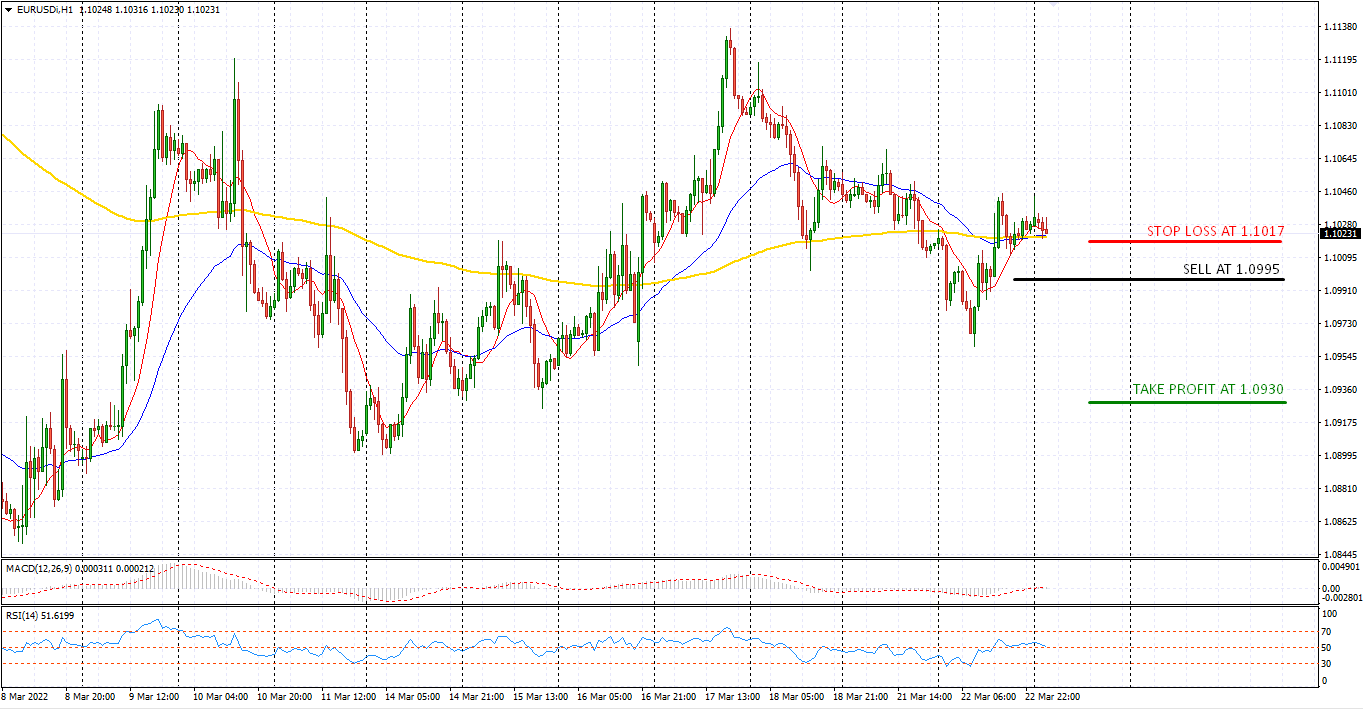 Nasdaq100: US stocks closed higher on Tuesday, led by a 2% gain in the Nasdaq, due to shares of technology and other big growth names rebounding from recent losses. Apple Inc, Microsoft Corp, Amazon.com Inc, Alphabet Inc and Tesla Inc gave the biggest boost to the Nasdaq. Nike Inc shares rose 2.2% after the company beat quarterly profit and revenue expectations and said manufacturing issues restricting sales over the past six months were left behind. Tesla Inc jumped 7.9% as the electric-car maker delivered its first German-made cars to customers at its Gruenheide Gigafactory. The opening of Giga Berlin should further vault Tesla’s market share within Europe. The index can correct to $14,500, and after that, the price will probably continue its upward movement towards $15,010. 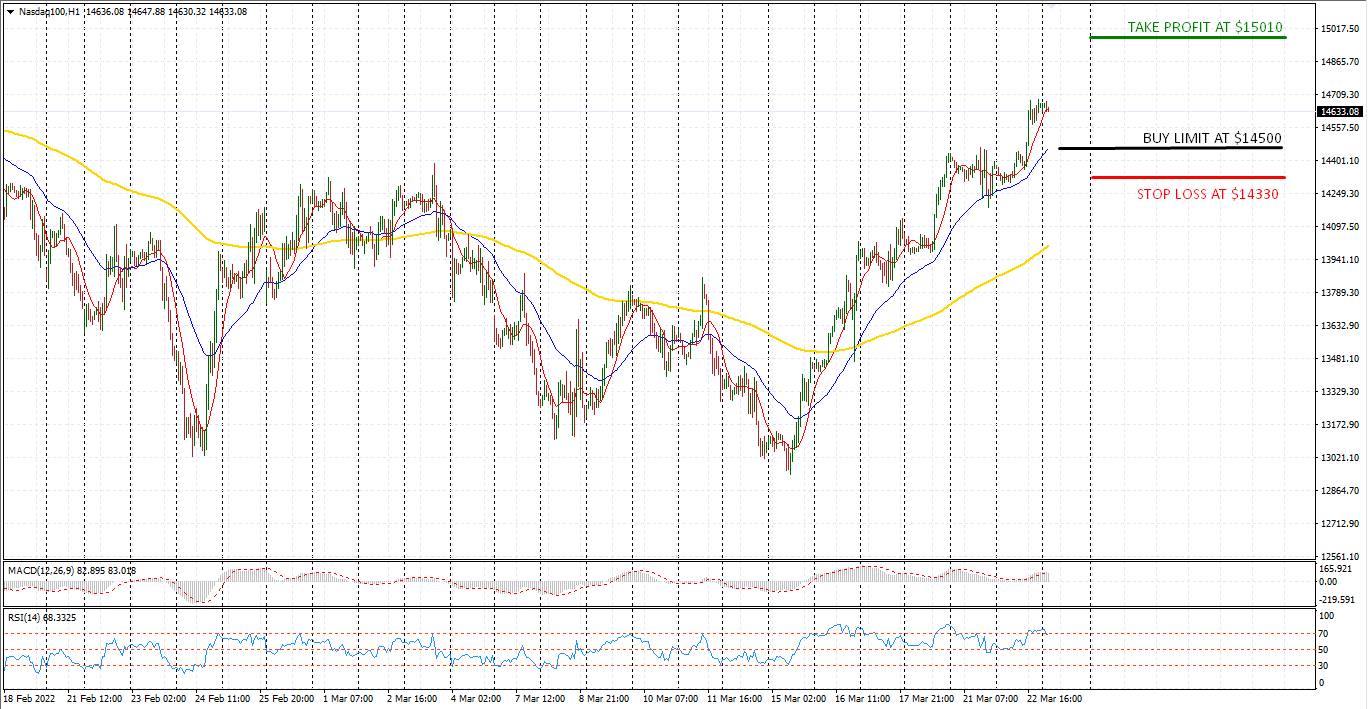