USD/CHF: The US dollar rose against the Swiss franc on Friday after a significant drop the day before. The Swiss National Bank unexpectedly raised its policy rate by 50 basis points at its June meeting last week. It was the first rate hike in the last 15 years, and the franc showed a sharp rise after this decision. Most major central banks are in the midst of a rate tightening cycle, as they attempt to wrestle down surging inflation. Inflation in Switzerland is coming towards 3% at the moment, and the Swiss National Bank is trying to stabilize it. According to local officials’ speeches, a further rate increase could be implemented if it is necessary. US markets are closed today due to the Juneteenth federal holiday. The pair can correct to 0.9655, and after that, the price will probably continue its upward movement towards 0.9775. 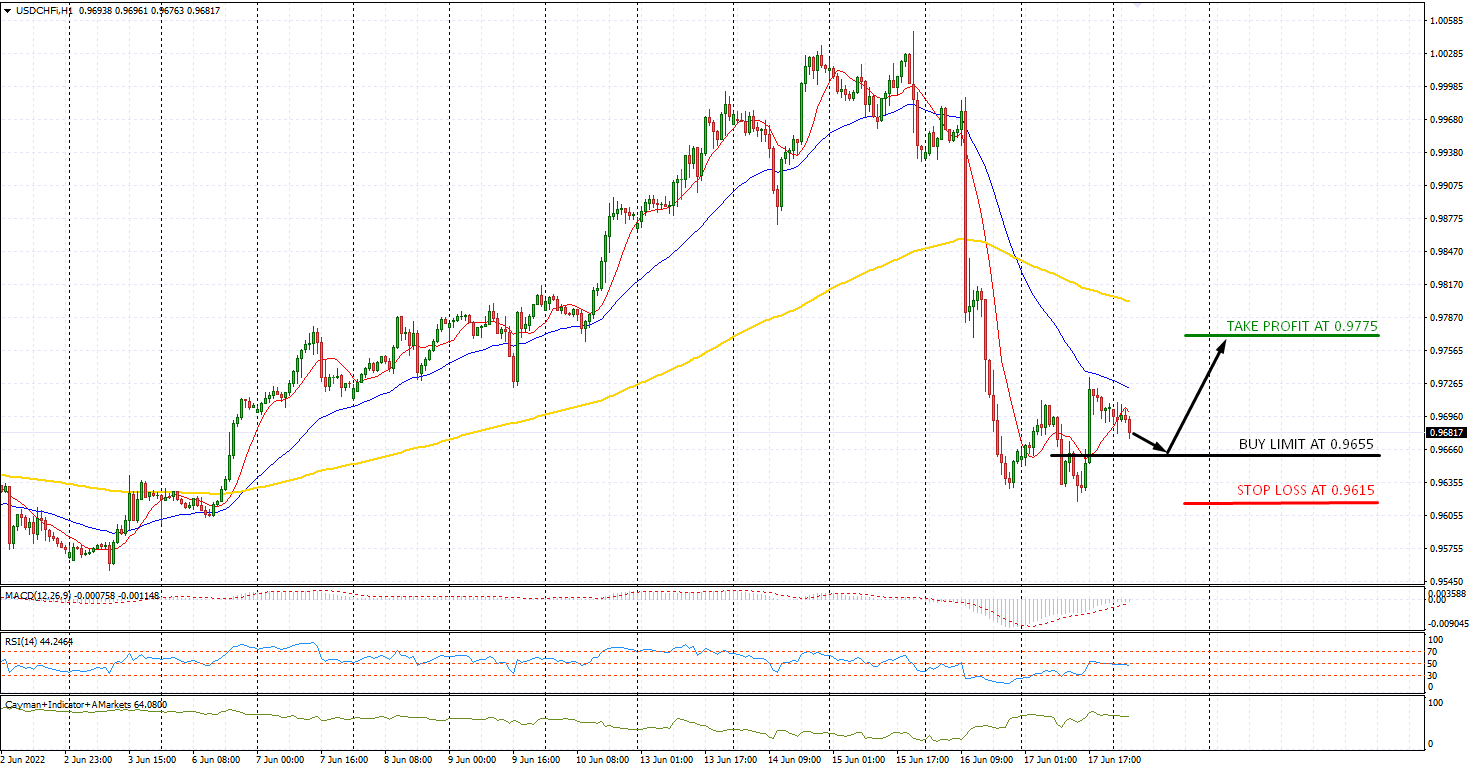 AUD/USD: The Australian dollar fell against the US dollar on Friday, and it is still hostage to external factors for now. The negative catalyst for Australia is the fact that China is looking to consolidate its iron ore imports in order to increase its pricing power over the industry. China is the world’s biggest consumer of iron ore, absorbing around 70% of global production, and most of it is supplied by Australia. Among the important news from Australia that may have an impact on the Australian exchange rate, it is worth highlighting: Reserve Bank of Australia Governor Lowe’s Speech on Monday and Tuesday and the RBA Minutes. The local resistance level can be seen at 0.6970. If the pair reaches this level and rebounds, it can trigger a further decline towards 0.6875. 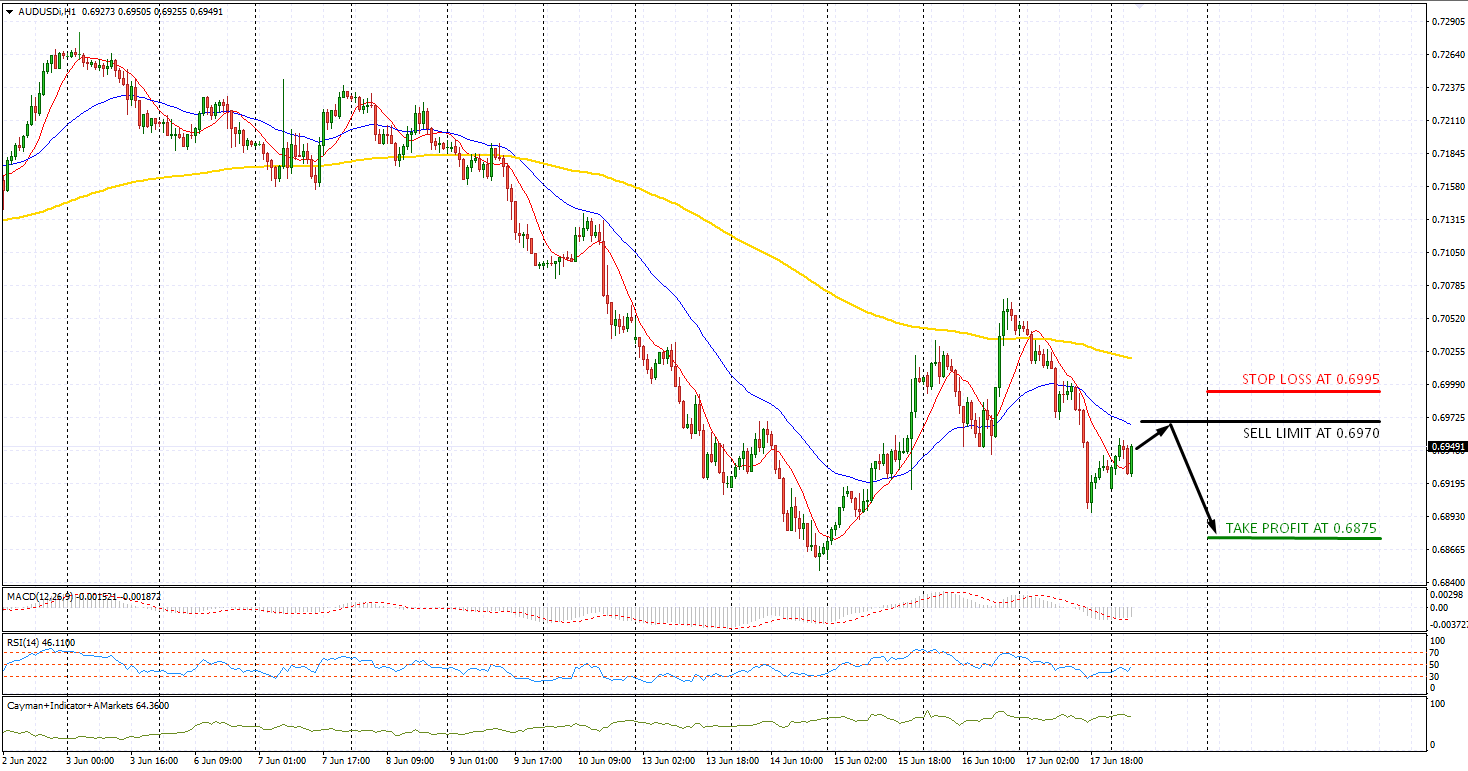 BRENT: Oil prices fell about 6% to a four-week low on Friday on worries that interest rate hikes by major central banks could slow the global economy and cut demand for energy. The fundamental picture remains one of tightness due to the ongoing slowdown in Russian output. Russian oil remains out of reach to most countries due to Western sanctions. The impact has been partly softened by the release of strategic petroleum reserves, led by the United States, and the increase of production from OPEC+ although that is thinning the world’s buffer against further supply disruption. The local resistance level can be seen at $115.50. If Brent reaches this level and rebounds, it can trigger a further decline towards $110.30. 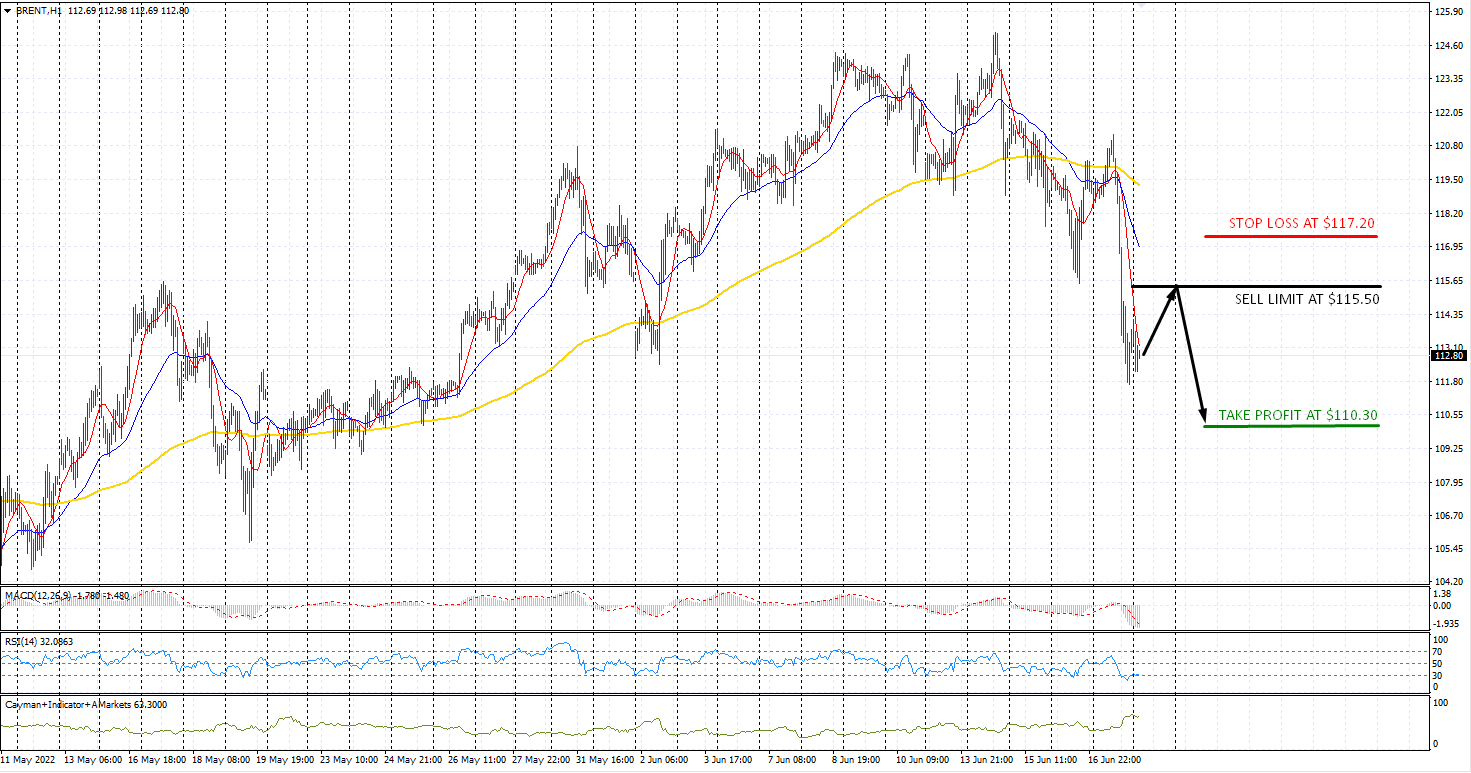