USD/CAD: The Canadian dollar rose against the US dollar to an 11-day high on Monday, recouping part of this month’s decline as oil prices rose and the greenback lost ground across the board. Oil prices, one of Canada’s main exports, rose for a second day as investors waited for action on Russian oil and gas exports, which could come from a meeting of Group of Seven (G7) leaders in Germany. Additional support for the Canadian dollar continues to provide inflation growth to a 40-year high, which increases the likelihood of further tightening of Canadian monetary policy. While maintaining the current news background, the strengthening of the Canadian dollar may continue. Immediate support is seen at 1,2850, a break below could take the pair towards 1,2750. 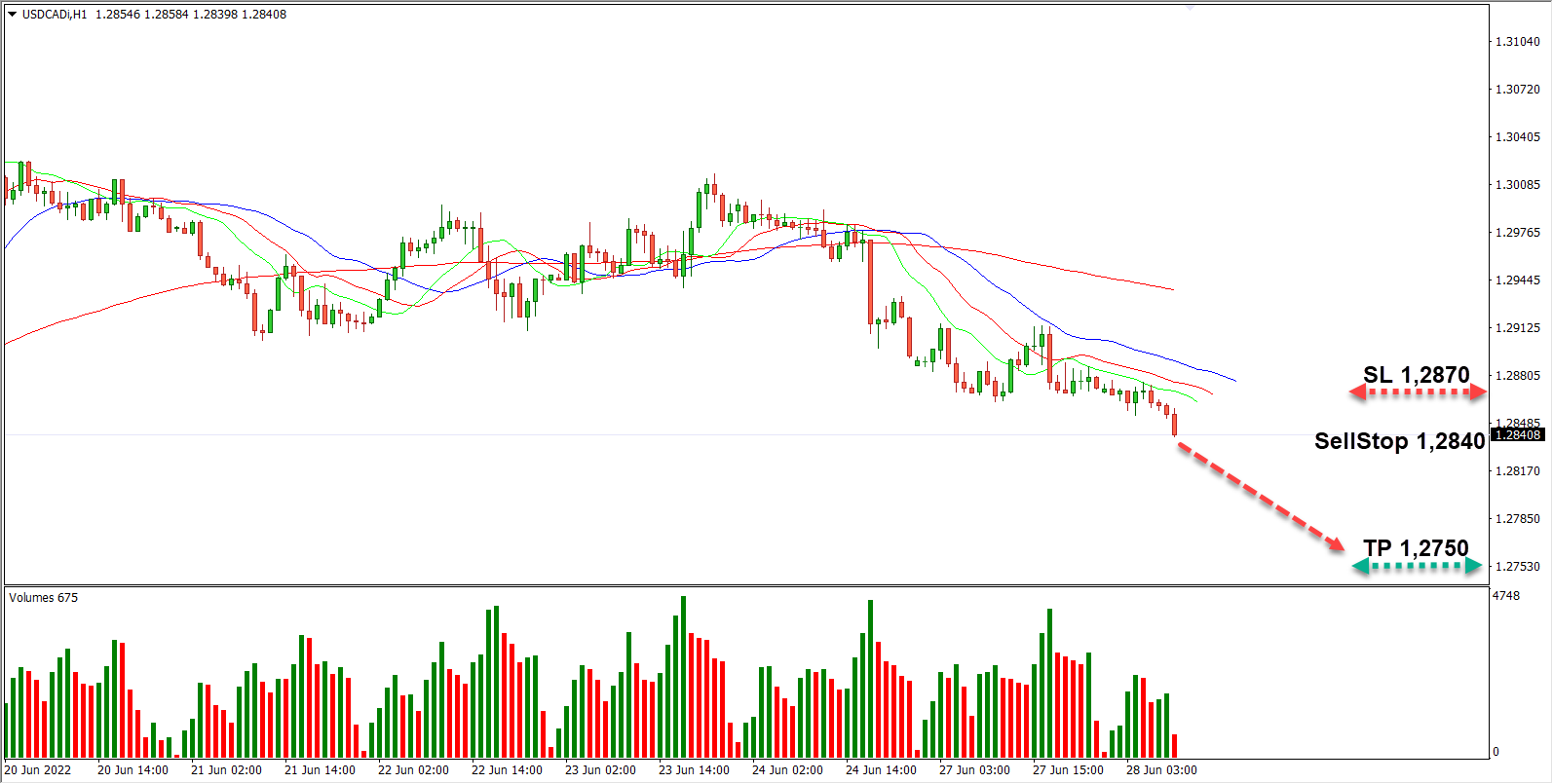 EUR/USD: The euro edged higher on Monday as investors awaited the start of the European Central Banks annual summit. The euro led gainers versus the dollar as the European Central Banks annual forum in Sintra got underway with ECB President Christine Lagarde and Federal Reserve Chair Jerome Powell both attending the meeting. Markets will be keenly watching for any signs of future policy moves. At the moment, the growth of the euro is significantly limited due to weak statistics and the dollar’s continued growth potential. Immediate support is seen at 1,0550, a break below could take the pair towards 1,0480. 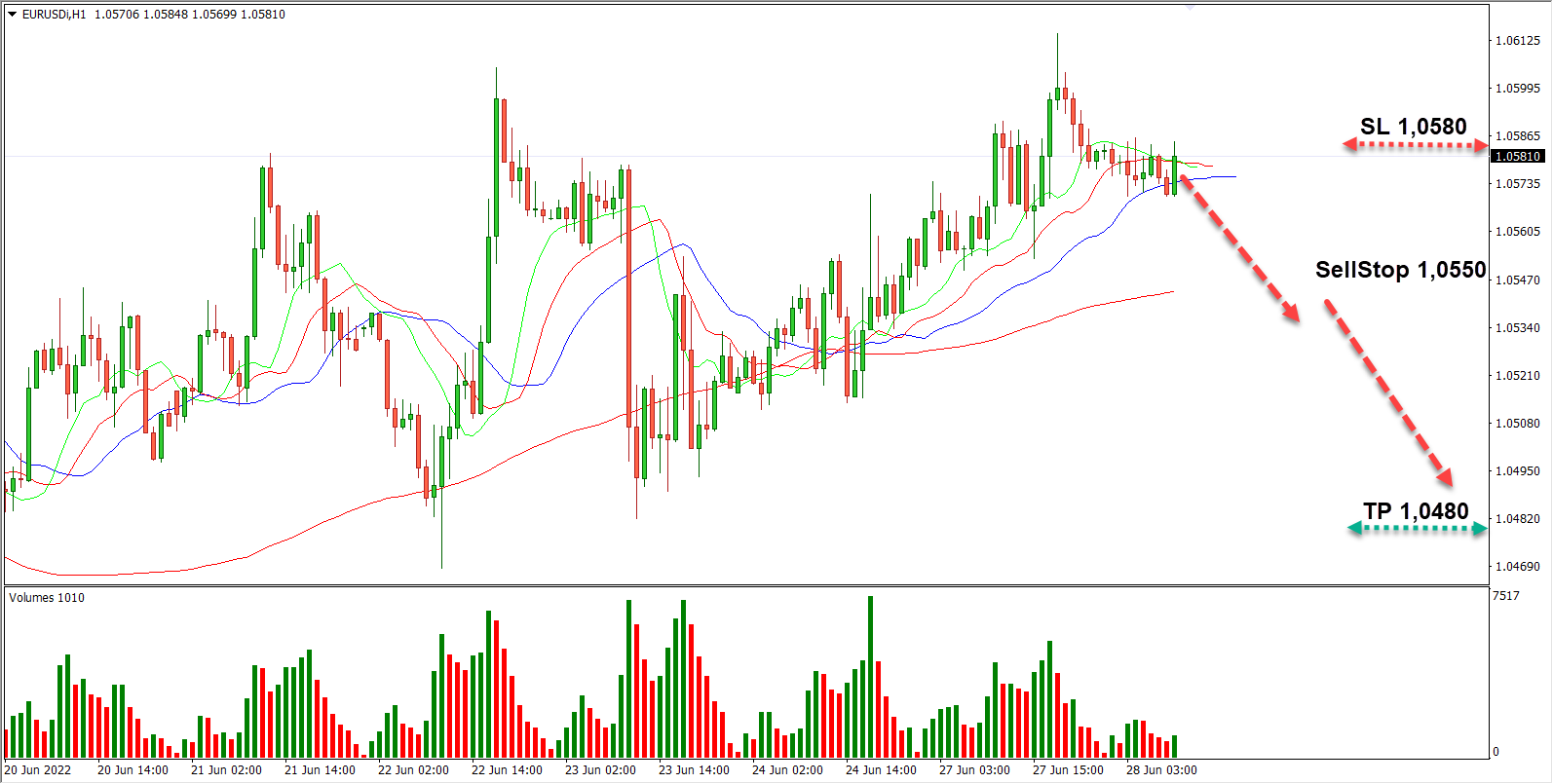 GBP/USD: Sterling was little changed against the dollar on Monday amid more post-Brexit tensions and persistent economic growth worries in Britain. British Prime Minister Boris Johnson said on Monday that parliament could pass legislation this year to scrap some of the rules on post-Brexit trade with Northern Ireland, which his government agreed in 2020 with the European Union. As in the case of the euro, the future prospects of the pound will largely depend on the dollar, which, apparently, is not ready to give up leadership to risky assets. Immediate support is seen at 1,2250 a break below could take the pair towards 1,2150. 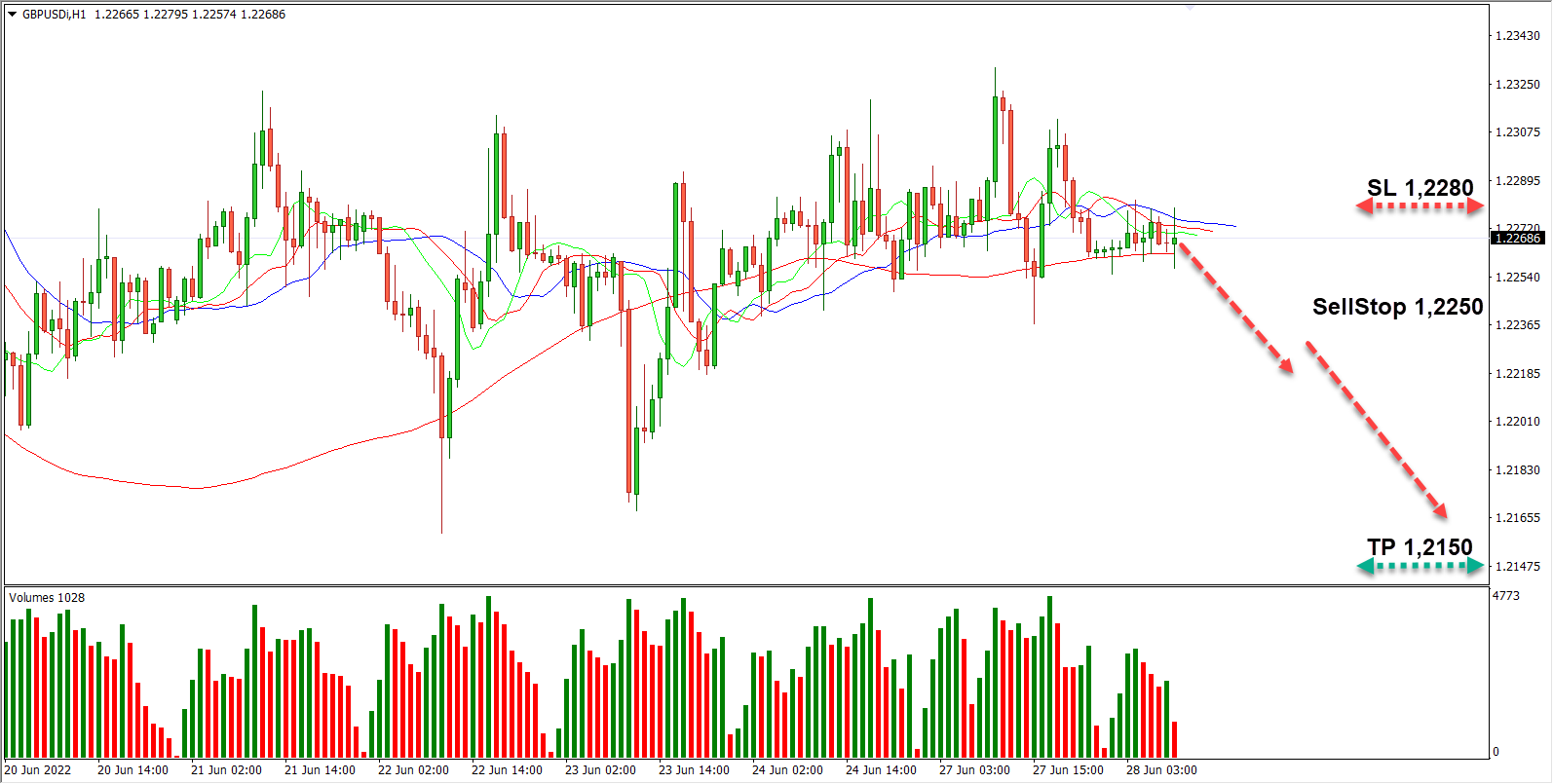