USD/CAD: The US dollar rose against the Canadian dollar on Friday after publishing weak Canadian figures, while the US showed positive data. The Canadian economy lost more jobs than expected in January as local authorities implemented more restrictions to fight the Omicron variant. The Participation Rate declined, while Unemployment Rate increased from 6% to 6.5%. In the US, the Non-Farm Payrolls report indicated that the US economy added 510 thousand new jobs in January, which was better than market expectations. However, the Unemployment Rate rose slightly last month. The local resistance level can is located at 1.2775. A breakout to the upside can trigger growth to 1.2815. 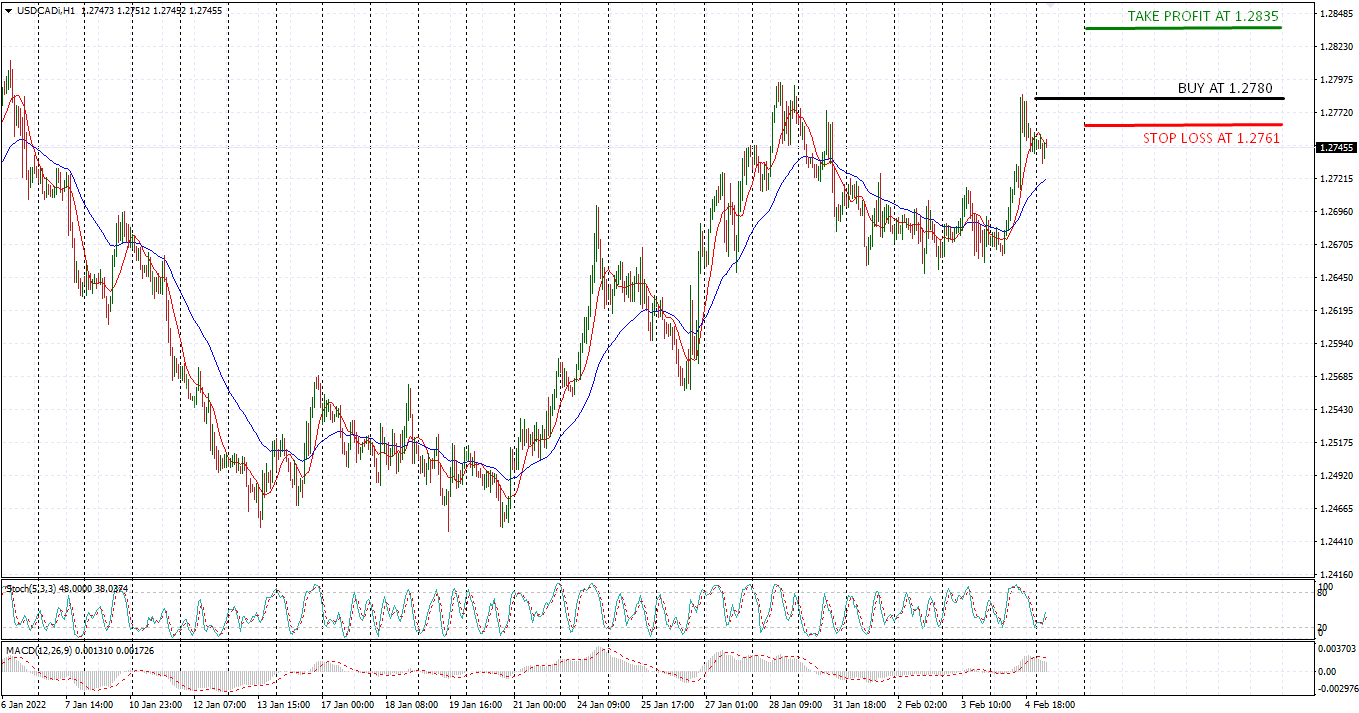 AUD/USD: The Australian dollar fell against the US dollar on Friday due to a strong greenback. Australia has published TD Securities Inflation last night that rose in January. Job Advertisements from Australia and New Zealand Banking Group Limited showed a decline, but it was smaller than in the previous period. Today there won’t be any significant data released in these countries, so the pair is likely to trade within the range. The local resistance level can be seen at 0.7095. If the pair reaches this level and rebounds, it can trigger a further decline towards 0.7035. 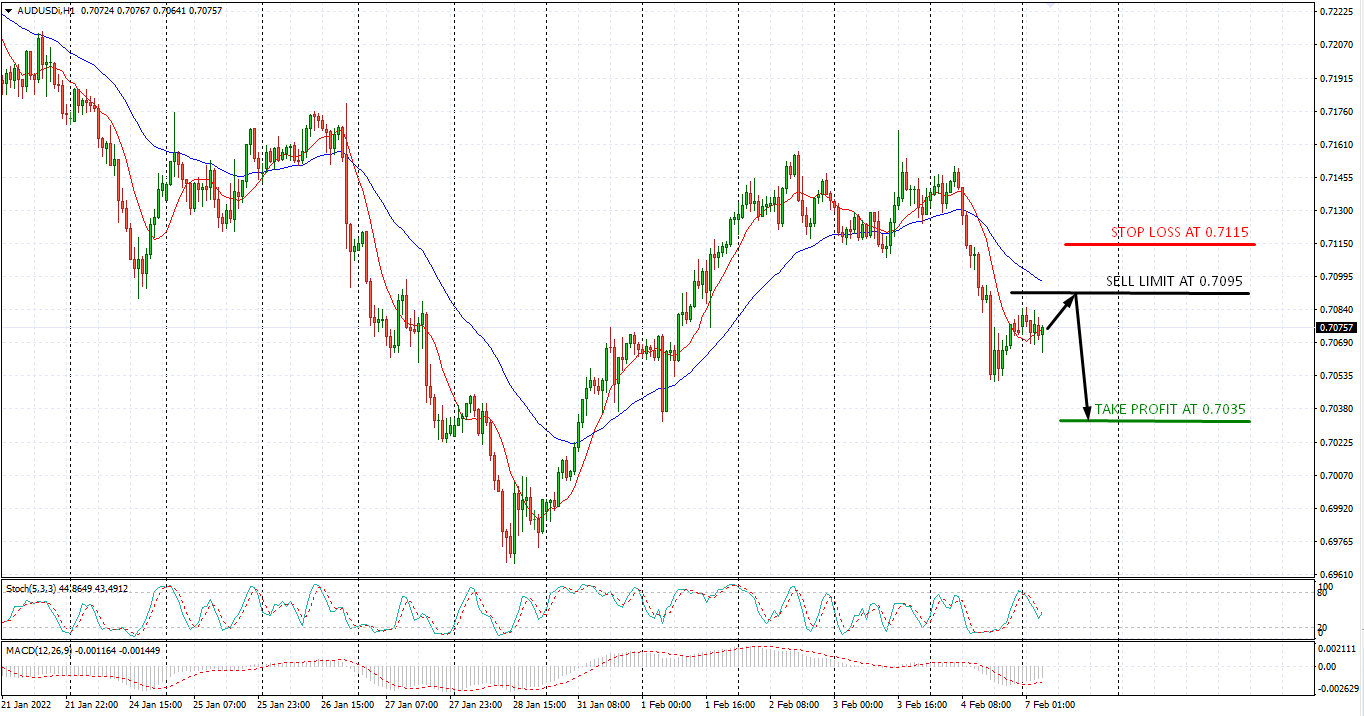 WTI: Oil prices surged to seven-year highs on Friday, extending their rally into a seventh week on ongoing worries about supply disruptions fueled by frigid US weather and ongoing political turmoil among major world producers. US President Joe Biden’s administration on Friday restored sanctions waiver to Iran to allow international nuclear cooperation projects, as the talks on the 2015 international nuclear deal enter the final stretch. If the United States lifts sanctions on Iran, the country could boost oil shipments, adding to global supply. Also in the United States, even though the rig count has climbed for a record 18 months in a row, oil production is still far from pre-pandemic record levels. 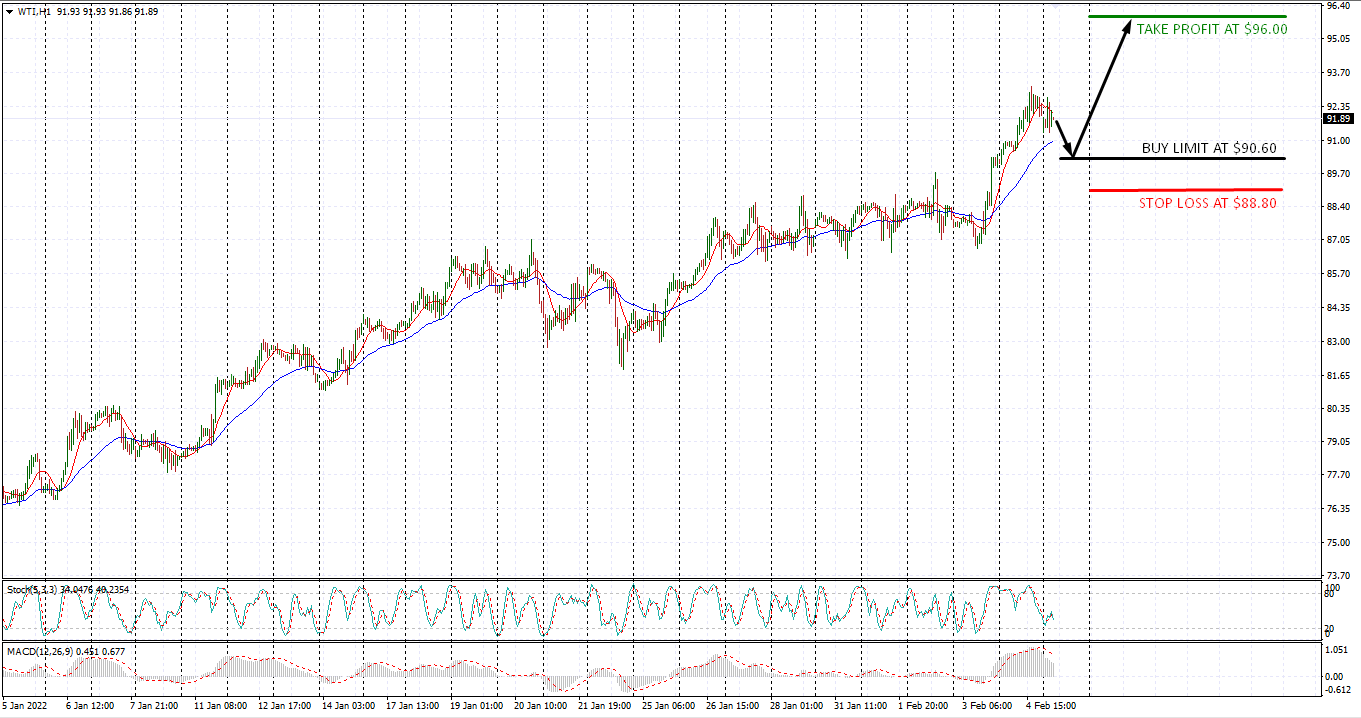