GBP/USD: The Great Britain pound rose against the US dollar on Monday and broke a three-week falling streak. Hawkish comments from UK policymakers supported the currency. The Bank of England raised interest rates by just a quarter-point last week, while other central banks made more active actions. Officials said yesterday that the pound could come under pressure in the near term if the Bank of England falls behind the US Federal Reserve and the European Central Bank in raising rates. Market participants expect an 80% chance of a half-point rise in July, and expect almost 100 basis points of tightening by September. UK inflation was likely to prove stronger than thought due to government support packages as well as strong employment, widespread bonuses, robust wage growth, strong housing values, and accumulated savings over the pandemic. The local support level can be seen at 1.2235. A breakout below could take the pair to an immediate target of 1.2110. 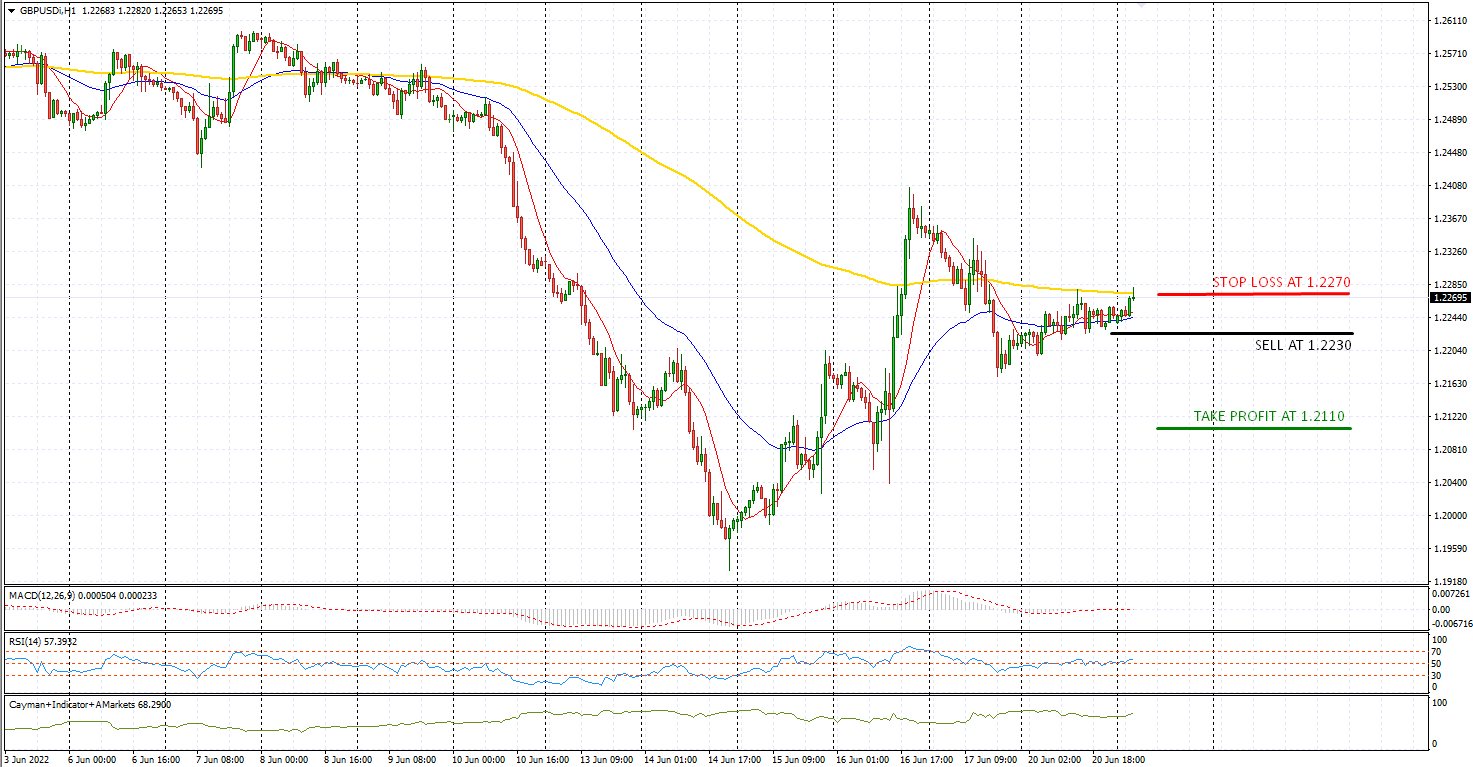 USD/CAD: The US dollar fell against the Canadian dollar on Monday due to the growth in oil prices and pause in the recent selloff in risk-sensitive assets. The Bank of Canada holds an increasingly hawkish position, but at the same time, volatile energy prices put significant pressure on the Canadian dollar. Today we expect the Canadian Retail Sales data and the day after tomorrow the country will publish the Consumer Price Index. Inflation is expected to surge to 7.4%. The local resistance level is located at 1.2975. A breakout to the upside can trigger growth to 1.3055. 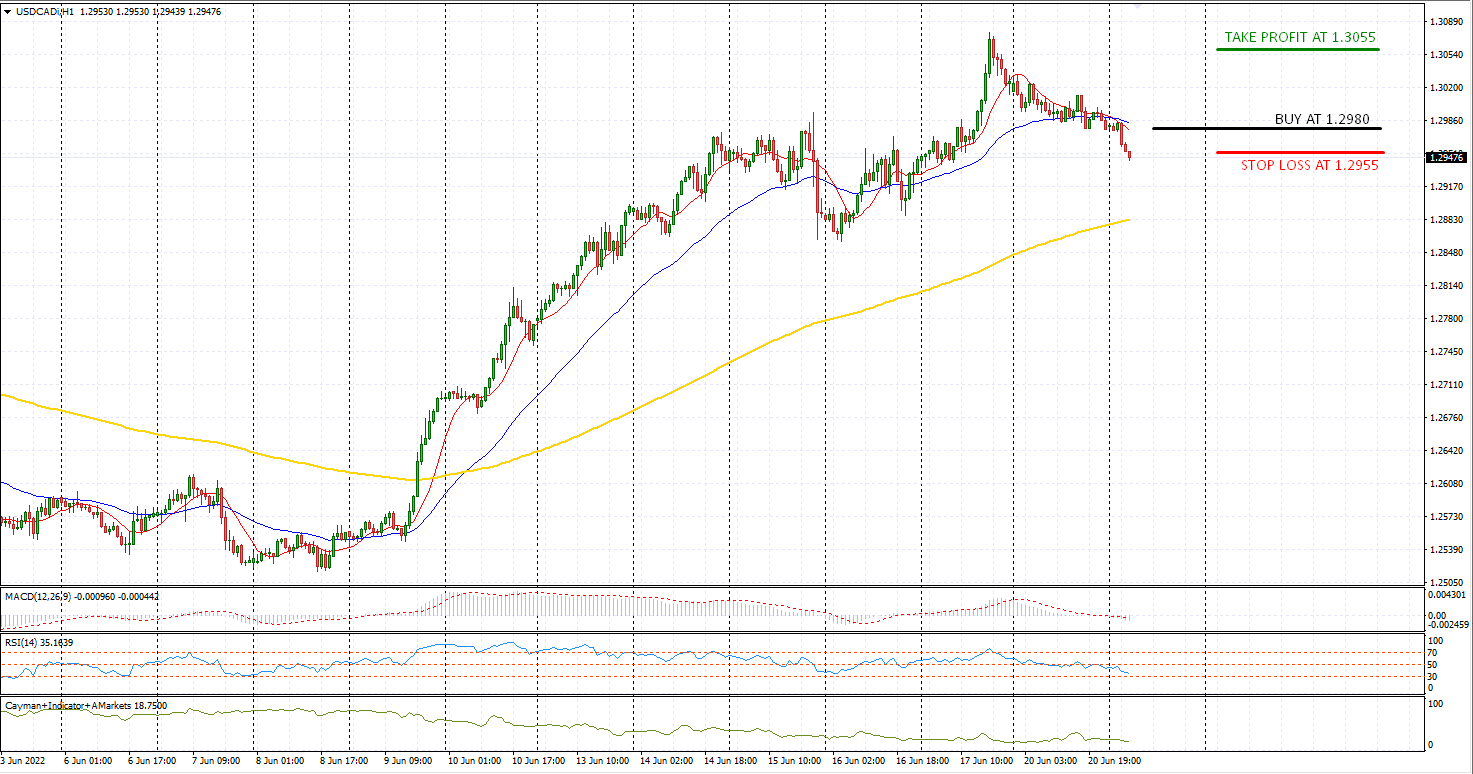 XAU/USD: Gold prices steadied on Monday due to the easing dollar and after the global economic worries resisted concerns around aggressive monetary tightening by the US Federal Reserve, with the focus being on several central bankers’ views this week. The rise in real yields, shown by US 10-year Treasury Inflation-Protected Securities yield, is unchanged in positive territory and this puts pressure on the growth of the non-yielding metal. The local resistance level is located at $1845. A breakout to the upside can trigger growth to $1870. 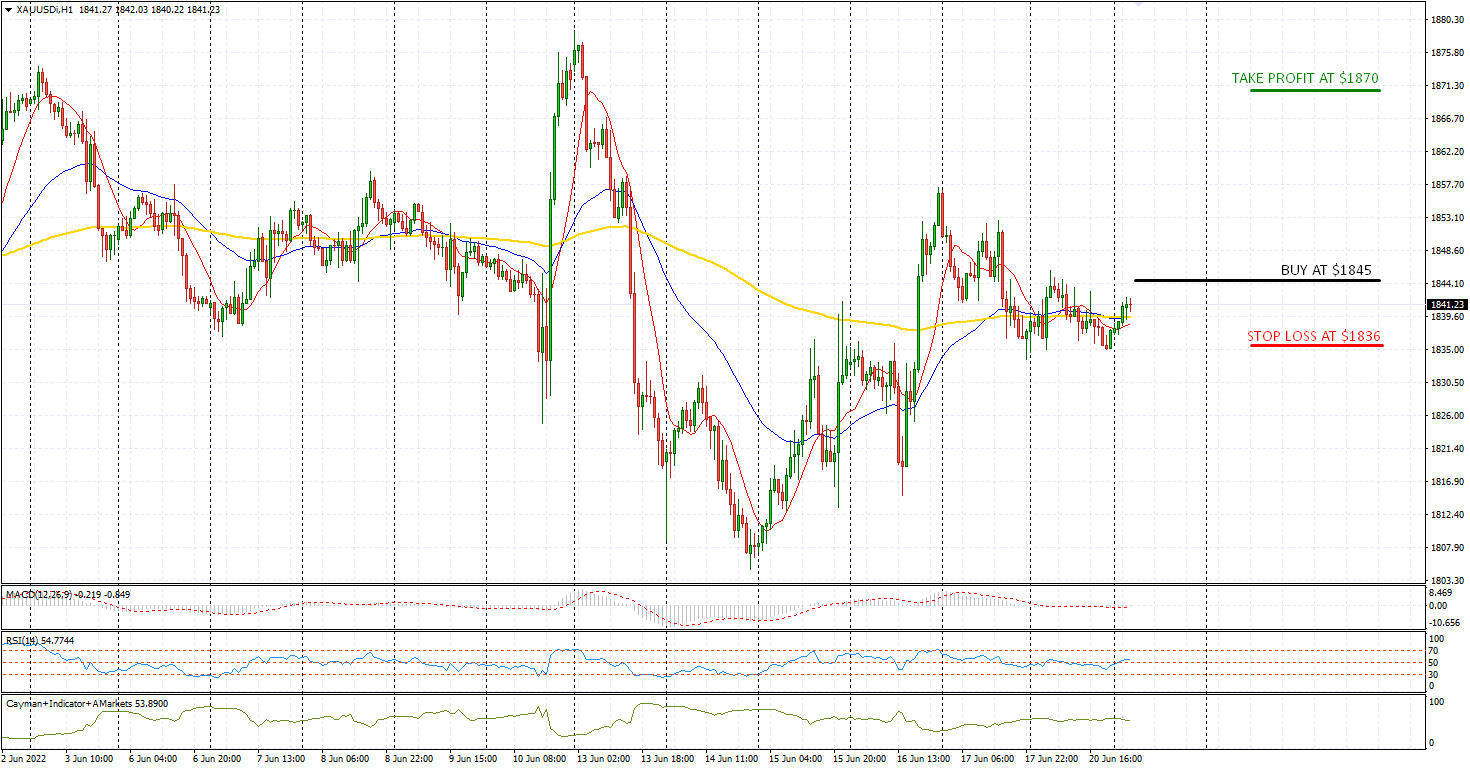