GBP/USD: The Great Britain pound rose against the US dollar on Wednesday after stronger than expected British inflation data, which may force the Bank of England to raise interest rates next month. The annual rate of consumer price inflation increased to 5.4%, the highest in the last 30 years. Market participants expect a more than 90% chance that the Bank of England will raise its key interest rate to 0.5% at the beginning of February. The local resistance level can be seen at 1.3650. A breakout to the upside can trigger growth to 1.3710. 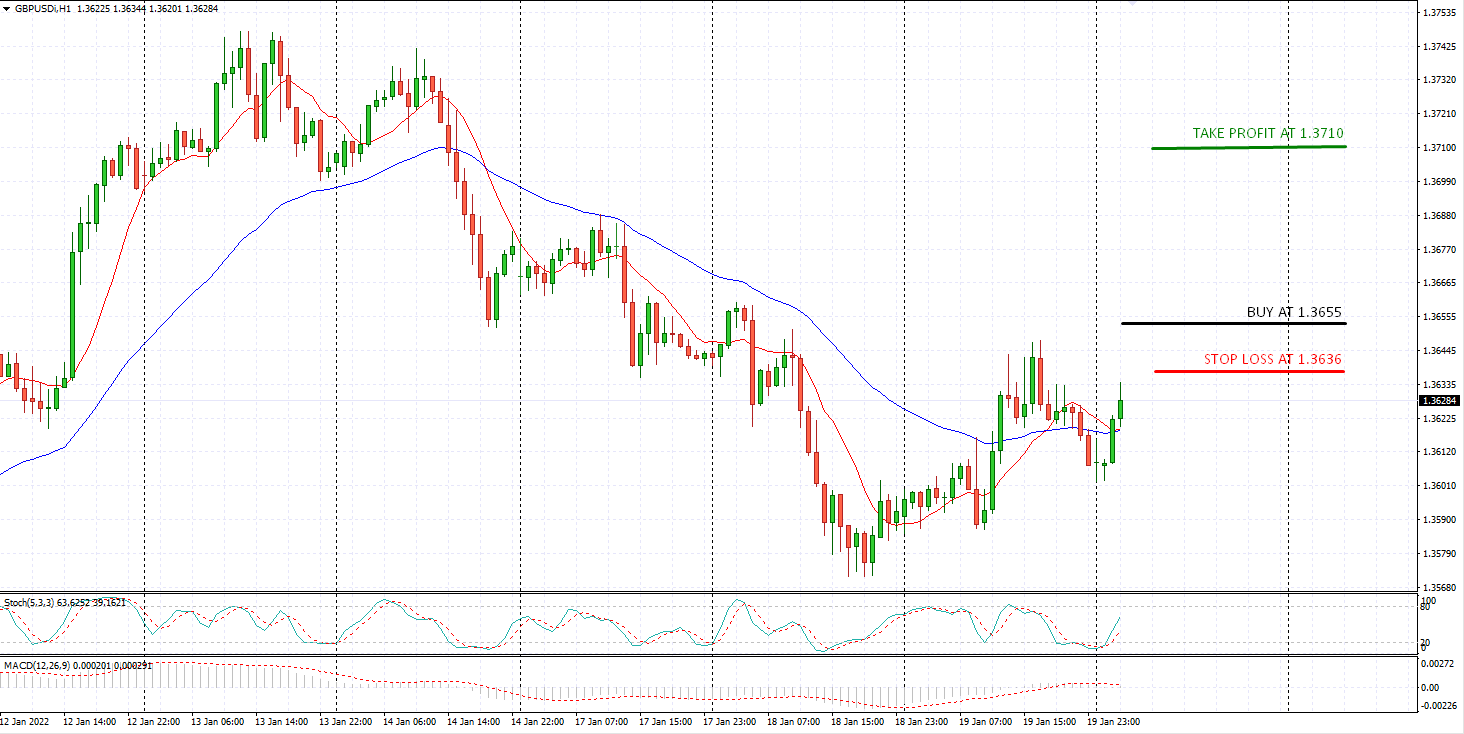 USD/CAD: The pair made no significant moves yesterday. Canada published inflation reports. Core Inflation Rate grew by 4% year-over-year, better than market expectations. The monthly Inflation Rate declined in December but rose 4.8% on a year-over-year basis. These figures were in line with market estimates. In the US, Building Permits rose in December and were better than expected. Housing Starts also grew in the last month. Today the US will publish the Initial Jobless Claims and the Philadelphia Fed Survey. The local support level can be seen at 1.2490. A breakout below could take the pair to an immediate target of 1.2435. 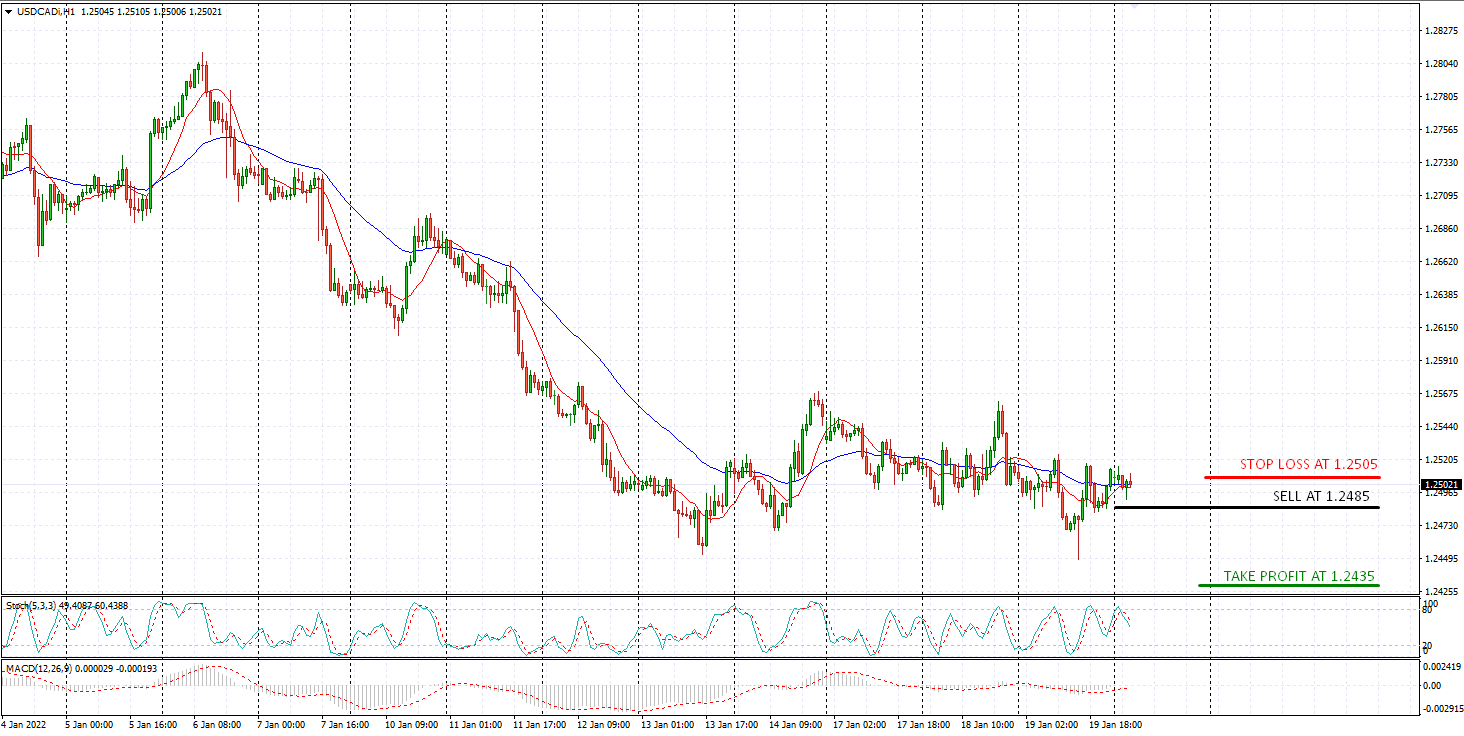