GBP/USD: The British pound fell on Wednesday after hot UK consumer inflation data raised new worries over an economic slowdown, just as the Bank of England looks set for more interest rate hikes in the coming months. Soaring food prices pushed consumer inflation to a new 40-year high of 9,1% in May, the highest rate in the Group of Seven countries and underlining the severity of the cost-of-living crunch in the world’s fifth-largest economy. The pound was also under pressure amid the strengthening of the U.S. dollar, which continues to take advantage of the Fed’s tight monetary policy. Immediate support is seen at 1,2200. A breakout below could take the pair towards 1,2100. 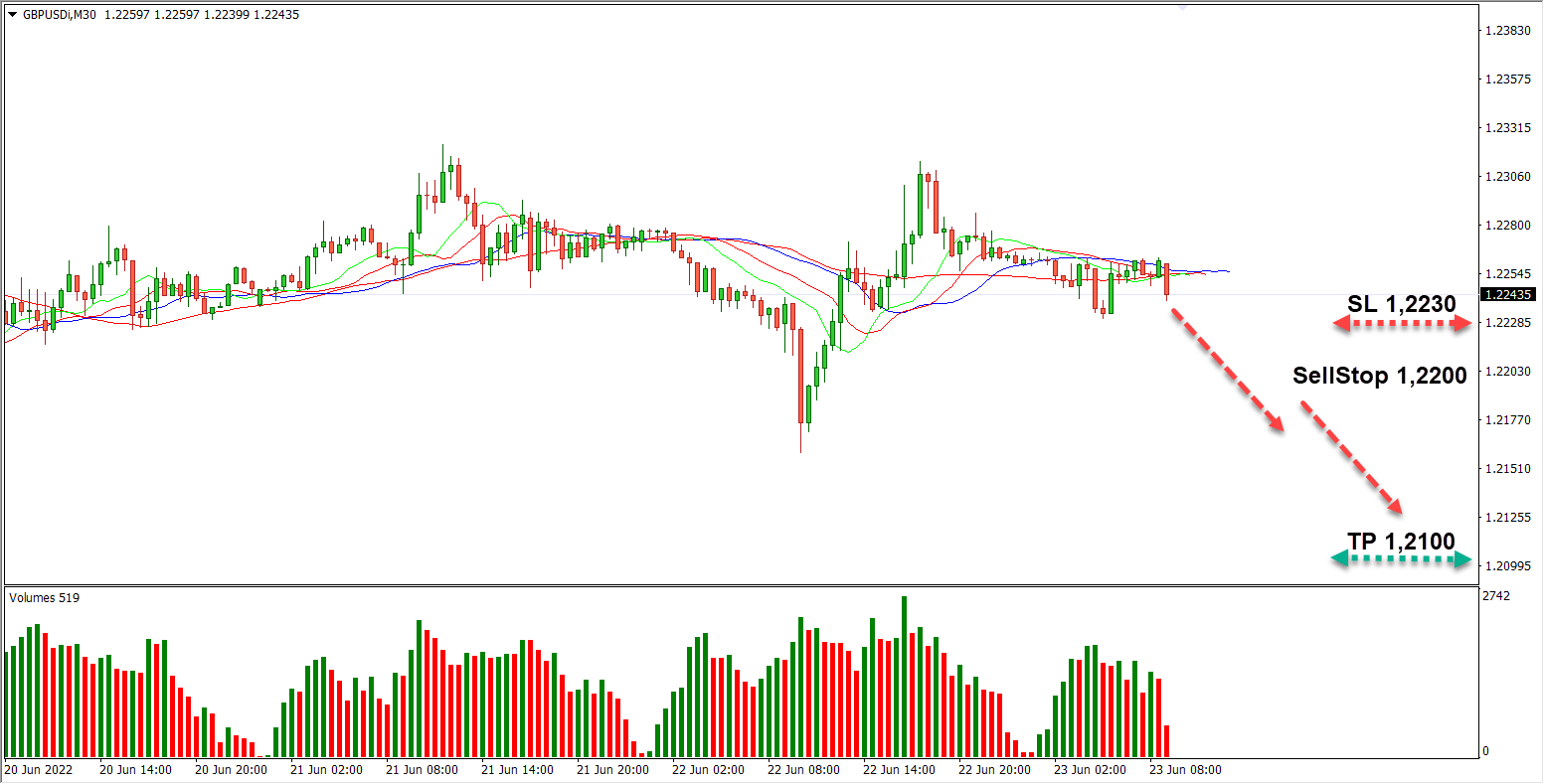 USD/CAD: The Canadian dollar weakened against the U.S. dollar on Wednesday as oil prices fell, but the currency reduced its decline as domestic inflation data bolstered bets for a supersized interest rate hike by the Bank of Canada next month. Canada’s annual inflation rate unexpectedly accelerated to 7,7% in May, the highest since January 1983, while the average of the Bank of Canada’s three core measures rose to 4,7% from an upwardly revised 4,4%. The price of oil, one of Canada’s major exports, fell as investors worried that rate hikes by the Federal Reserve could push the U.S. economy into a recession. High inflation in Canada may force the Canadian regulator to raise interest rates at a meeting in July. Expectations of this may support the Canadian currency. Immediate support is seen at 1,2940. A breakout below could take the pair towards 1,2850. 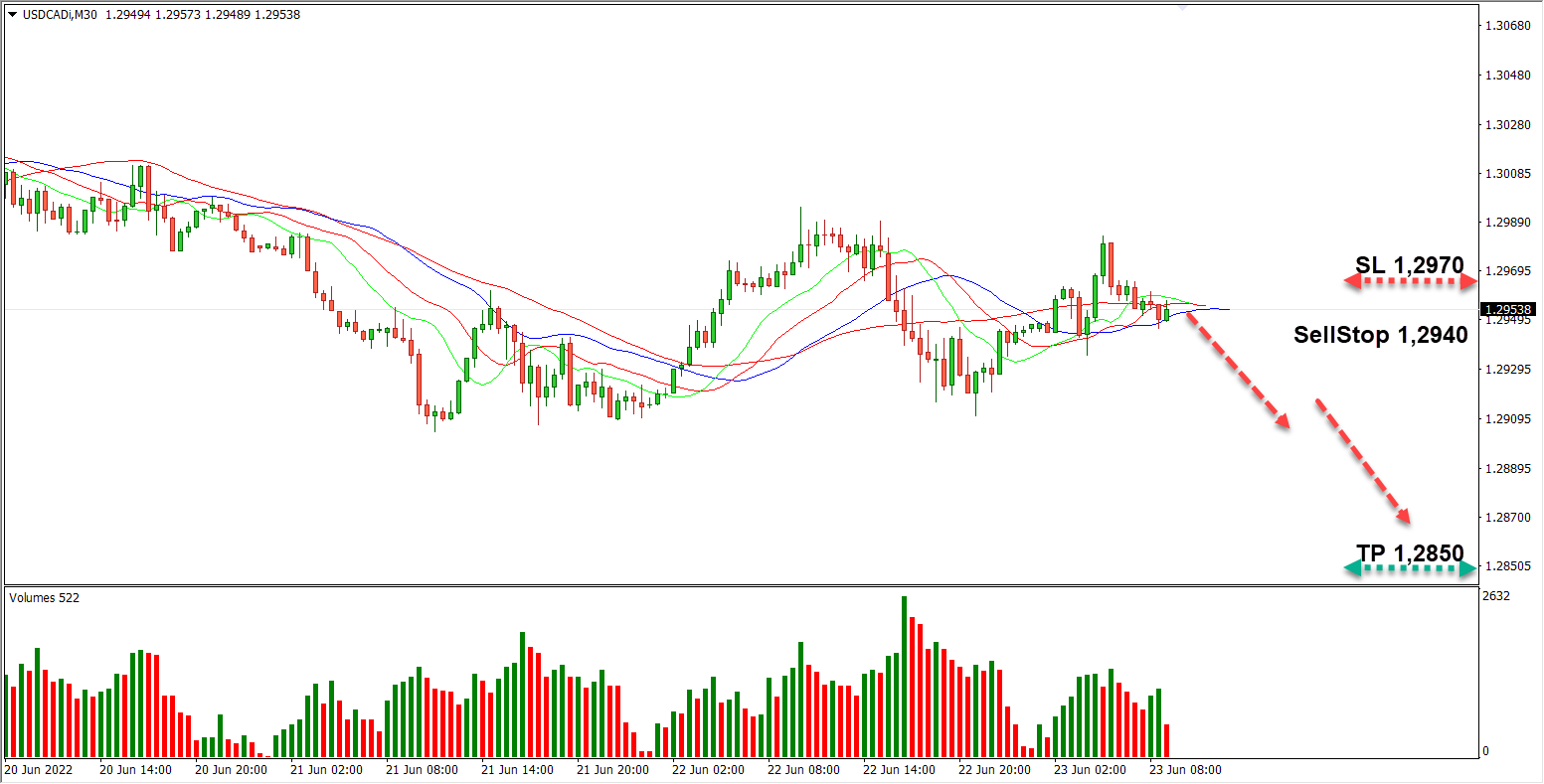 EUR/USD: The euro strengthened on Wednesday after testimony from Fed Chair Jerome Powell added little to his recent pledges to get inflation under control, encouraging a sharp retreat in Treasury yields that reversed earlier safe-haven buying of the U.S. currency. Yields have dropped from more than decade highs reached before last week’s Fed meeting on concerns that rapid rate hikes will dent the economy. Bonds also got a boost on Wednesday as oil prices tumbled on news that U.S. President Joe Biden proposed to suspend the gas tax, and amid concerns over a potential economic recession. Immediate resistance can be seen at 1,0600. A breakout to the upside break can trigger growth towards 1,0650. 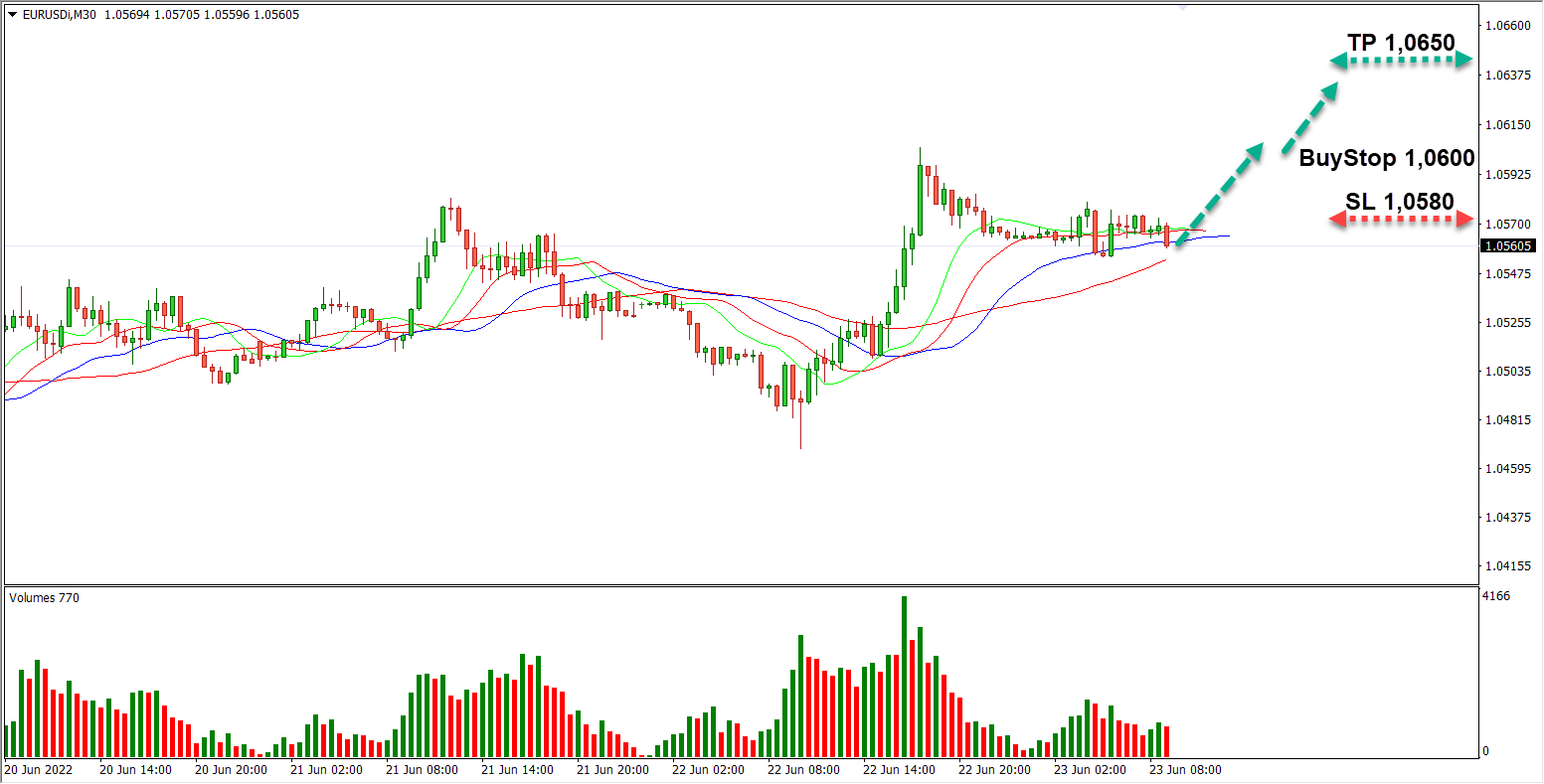