EUR/USD: The US currency strengthened against the euro last week. The focus of American investors was the preliminary data on US GDP for the fourth quarter of this year, which turned out to be positive. The US economy expanded by 6.9%, well above the market expectations of 5.5%. The positive dynamics were supported by investment growth in the business sector and strong consumer activity. GDP growth confirms the words of Federal Reserve Chair Jerome Powell, who noted that the economy no longer needs stimulation, which means that further tapering is inevitable. In the short term, it is exposed to the risks associated with the Omicron strain epidemic, as evidenced by the latest statistics. In particular, the labor market is now under pressure: the total number of citizens receiving benefits is growing for the second week in a row, and the number of initial applications for unemployment benefits has slowed down the decline. December data on the volume of orders for durable goods turned out to be negative. The figure fell from 3.2% to -0.9% as citizens postponed spending until the epidemic subsided. Experts believe that the impact of the current negative factors will be short-lived. 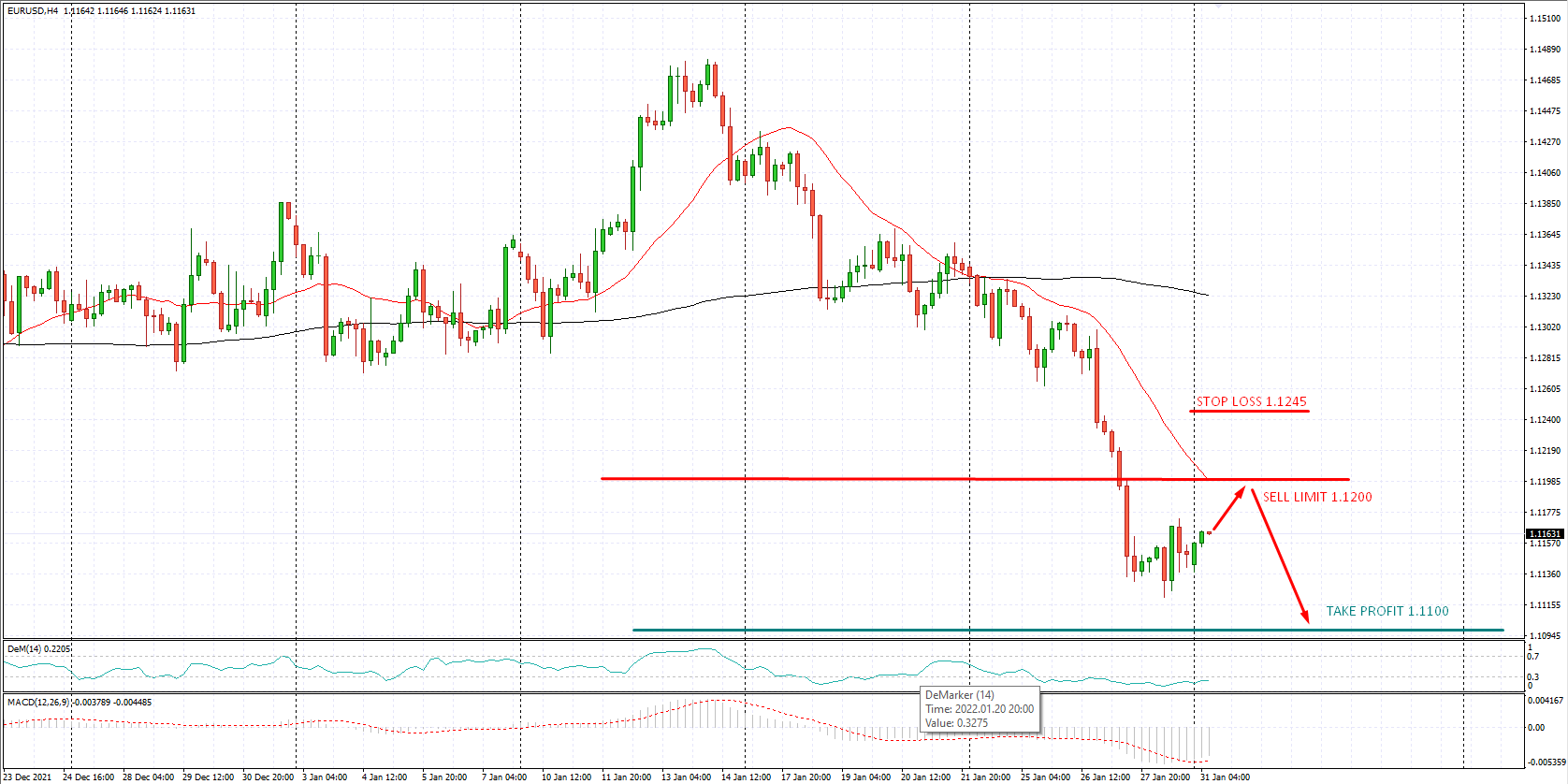 USD/JPY: The Japanese currency is weakening against the US dollar. The January inflation data published on Friday in the Japanese capital Tokyo turned out weak. The consumer price index fell from 0.8% and 0.5%, while the core consumer price index fell from 0.5% to 0.2%. The head of the Bank of Japan, Haruhiko Kuroda, during his speech in the Japanese parliament, noted that he does not expect negative pressure on the Japanese economy after the US Federal Reserve’s rate hike, although it may lead to a weakening of the yen. It is too early for the Japanese regulator to change its monetary policy. It will be appropriate to do this after inflation reaches the target level of 2.0%. At present, the bank’s measures are helping to increase corporate profits and improve the state of the labor market. Also, on Friday, the International Monetary Fund suggested that the Bank of Japan consider measures to mitigate the impact on bank profits that could result from a long loose monetary policy. 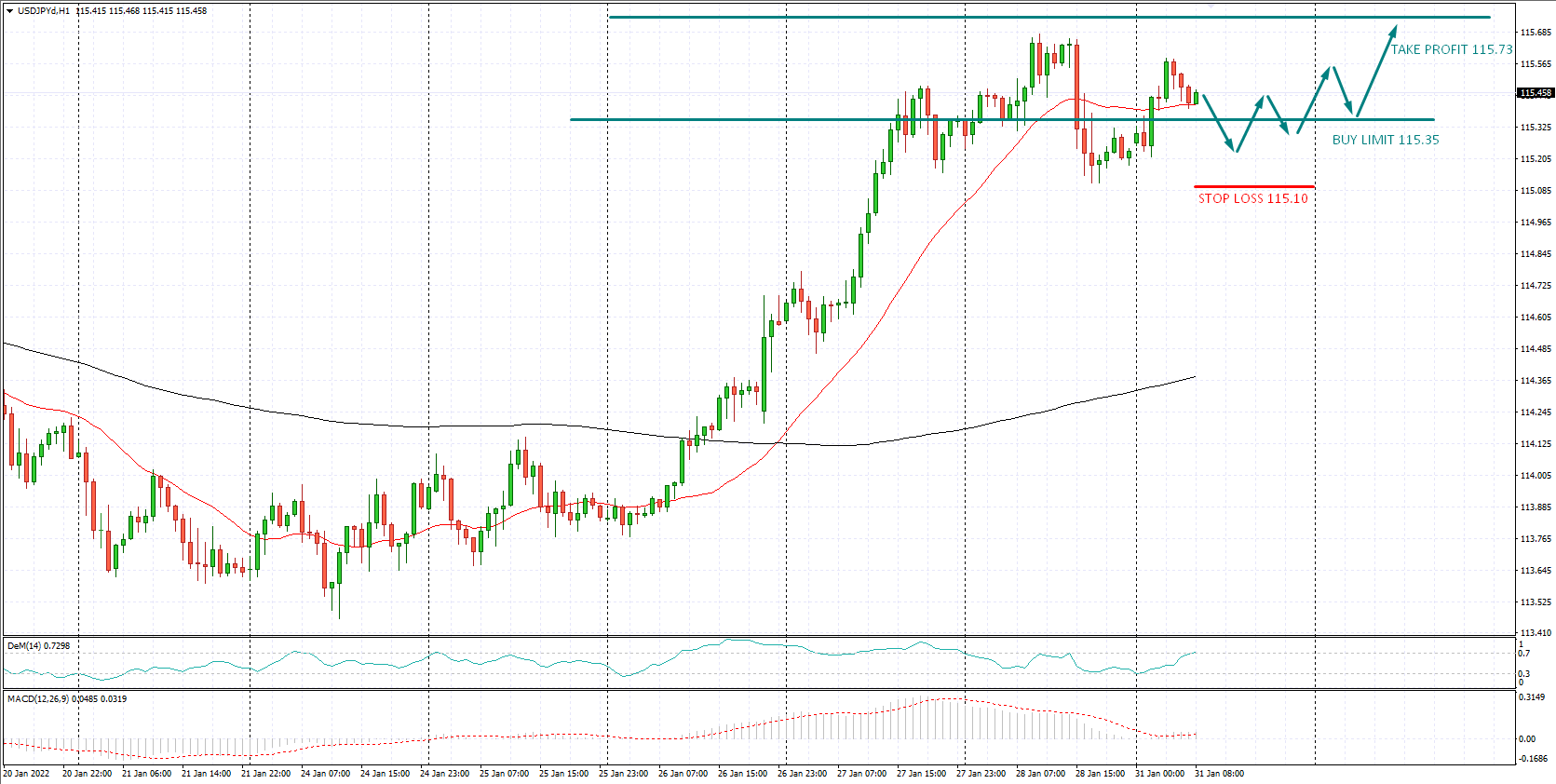 BRENT: Oil quotes opened with a rise in prices at the beginning of this week. Prices are supported by forecasts of an increase in demand for oil due to the recovery of the global economy and geopolitical tensions around Ukraine. Investors are waiting for news this week, when the next meeting of representatives of the countries participating in the OPEC+ agreement is to take place. They must decide whether to continue with the current tactics and increase the amount of oil brought to the market every month by 400,000 barrels per day. Experts believe that the production capacity of the cartel and its allies is already at the limit of technical capabilities and may not meet the growing demand for “black gold”, which will lead to even greater price increases. 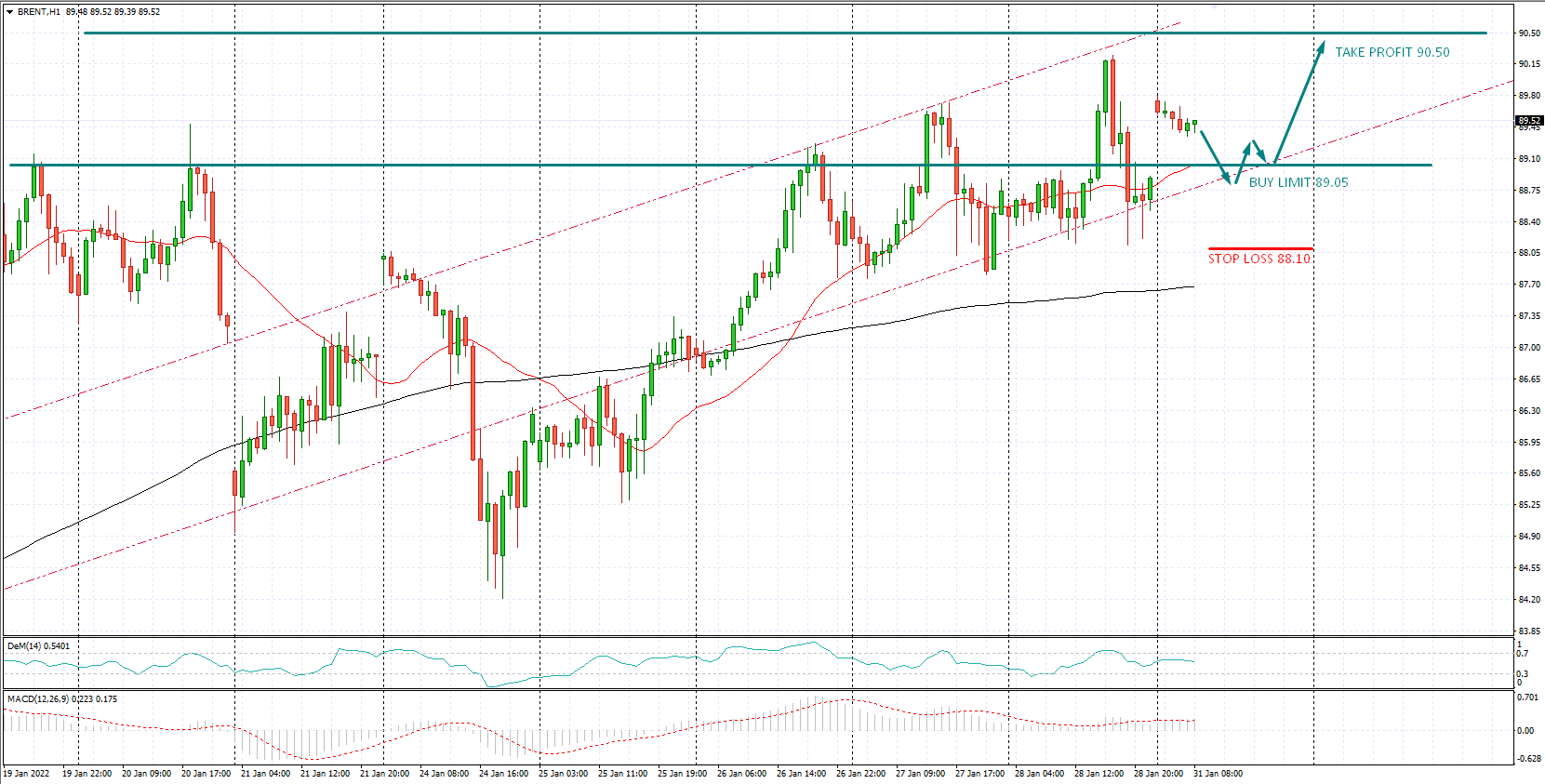