EUR/USD: The American currency weakened significantly against the euro yesterday. The focus of American investors was the publication of preliminary data on US Gross Domestic Product (GDP) in the third quarter, which turned out to be weaker than market expectations. The growth of the US economy slowed from 6.7% to 2.0% against the expected 2.7%. Continuing supply crisis, rising prices for goods and energy, as well as another wave of Covid-19 cases driven by the Delta coronavirus variant have put more pressure on the US economy than experts expected.

Nevertheless, most of them believe that the recovery will continue in the fourth quarter, as the influence of negative factors begins to weaken. On the contrary, the US labor market data released yesterday turned out to be optimistic. The number of applications for primary unemployment benefits amounted to 281 thousand, which is less than the previous figure of 291 thousand. The total number of citizens receiving benefits fell from 2.480 to 2.243 million. Thus, the situation in the US labor market continues to improve, forcing the US Federal Reserve to reduce monetary stimulus. 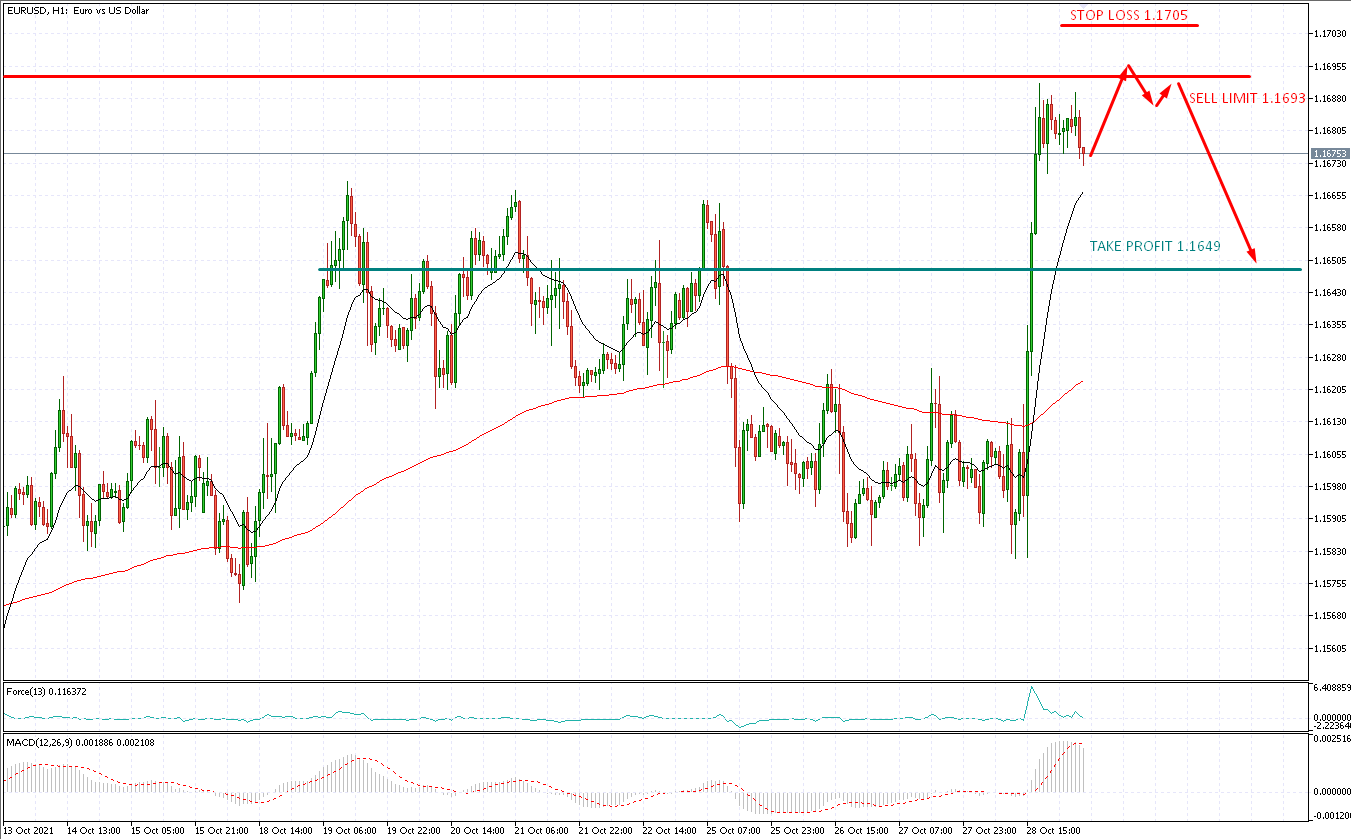 USD/JPY: The Japanese currency strengthened against the US dollar. The Japanese investors evaluated the results of the Bank of Japan’s meeting. The regulator kept its interest rate at 0.10%, as expected, and left the lending monetary policy unchanged as weak consumption, a decline in exports and supply disruptions continue to weigh on the economy. Officials said the regulator would continue buying assets, keeping the yield on the 10-year bonds at around 0%. The Bank of Japan also revised down its forecast for economic growth for the current year – it’s now estimated at 3.4% instead of the previously projected 3.8%. Japan’s September retail sales slipped for the second month in a row, this time by 0.6%, significantly lower than the expected 2.3%. 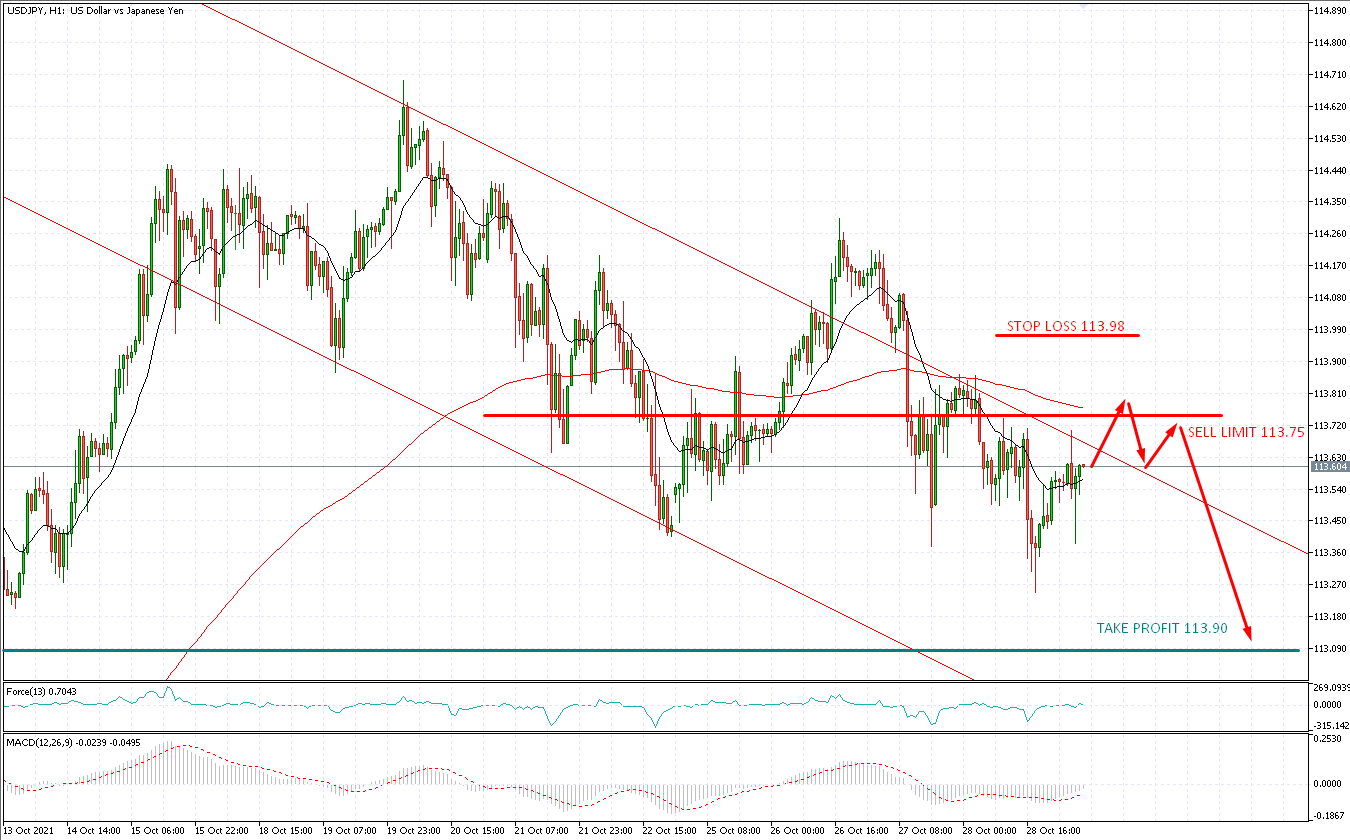 BRENT: Oil quotes showed a mixed dynamic yesterday. The morning decline gave way to growth which allowed the bulls to recoup all their previous losses. Several factors are currently weighing on prices. The US Energy Information Administration (EIA) reported oil reserves in the country increased by 4.267 million barrels, significantly exceeding the forecasted 1.914 million. On the other hand, gasoline stocks fell by 1.994 million barrels and distillates – by 0.432 million barrels. The decline in quotations was also facilitated by the Gazprom decision to increase gas injection into European storage facilities, which put pressure on gas prices and reduced demand for oil. Finally, Iran’s announcements that talks on a nuclear deal will resume by the end of November have contributed to the decline. 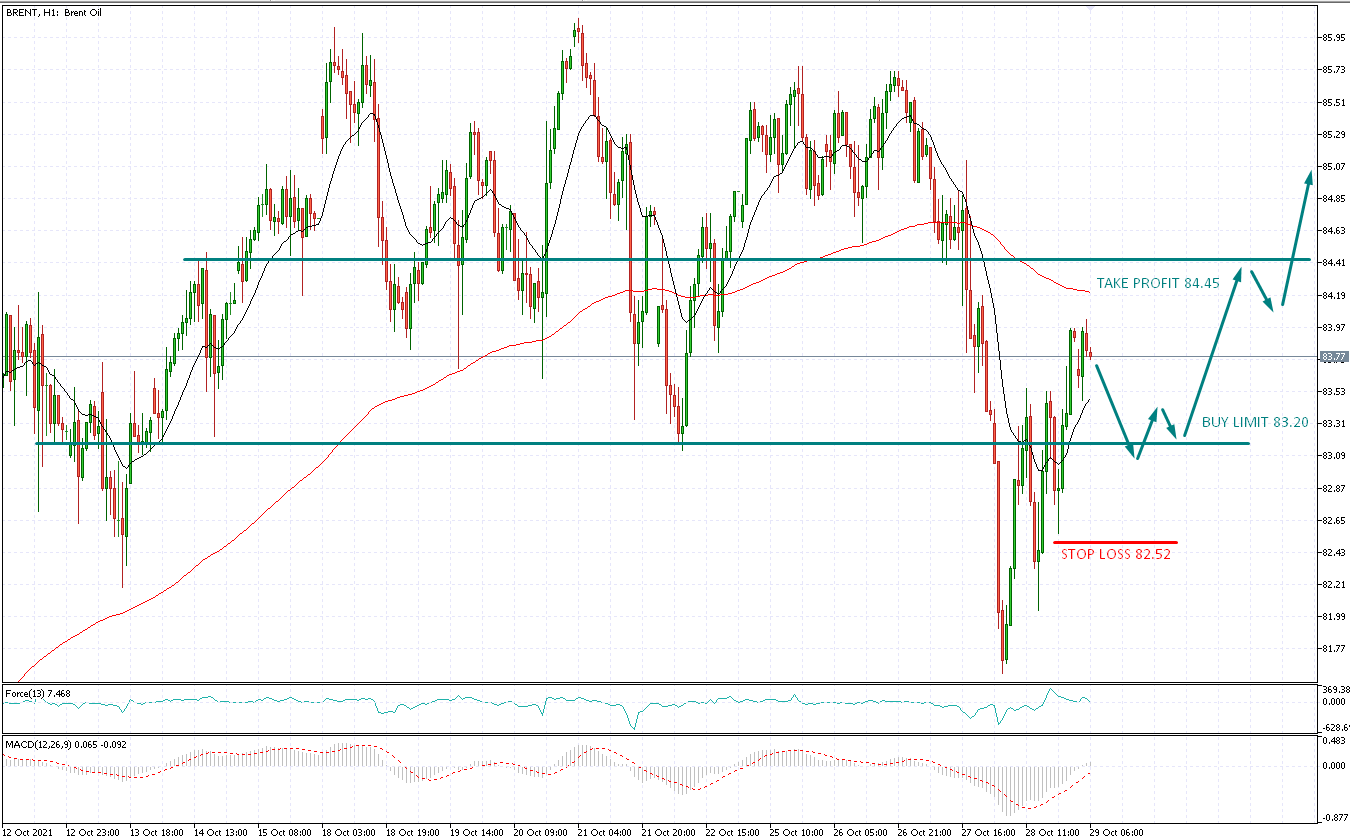