EUR/USD: The European currency fell against the US dollar on Wednesday, reaching the lowest level since May 2020. The Euro weakened due to market participants’ worries about the Russian-Ukrainian conflict that may affect the eurozone’s economic prospects. Data on Wednesday showed US private employers hired more workers than expected in February and data for the prior month was revised sharply higher as the labor market recovery gathers steam. Meanwhile, the US Federal Reserve will move forward with plans to raise interest rates this month in an attempt to tame inflation. But due to geopolitical concerns, the rate rise probably will be only 25 basis points against 50 one. Today Markit will release the final readings of its February Services PMIs for the eurozone and the US, while the latter will release February Challenger Job Cuts, the official ISM Services PMI, and Initial Jobless Claims for the last week. The local support level can be seen at 1.1065. A breakout below could take the pair to an immediate target of 1.1000. 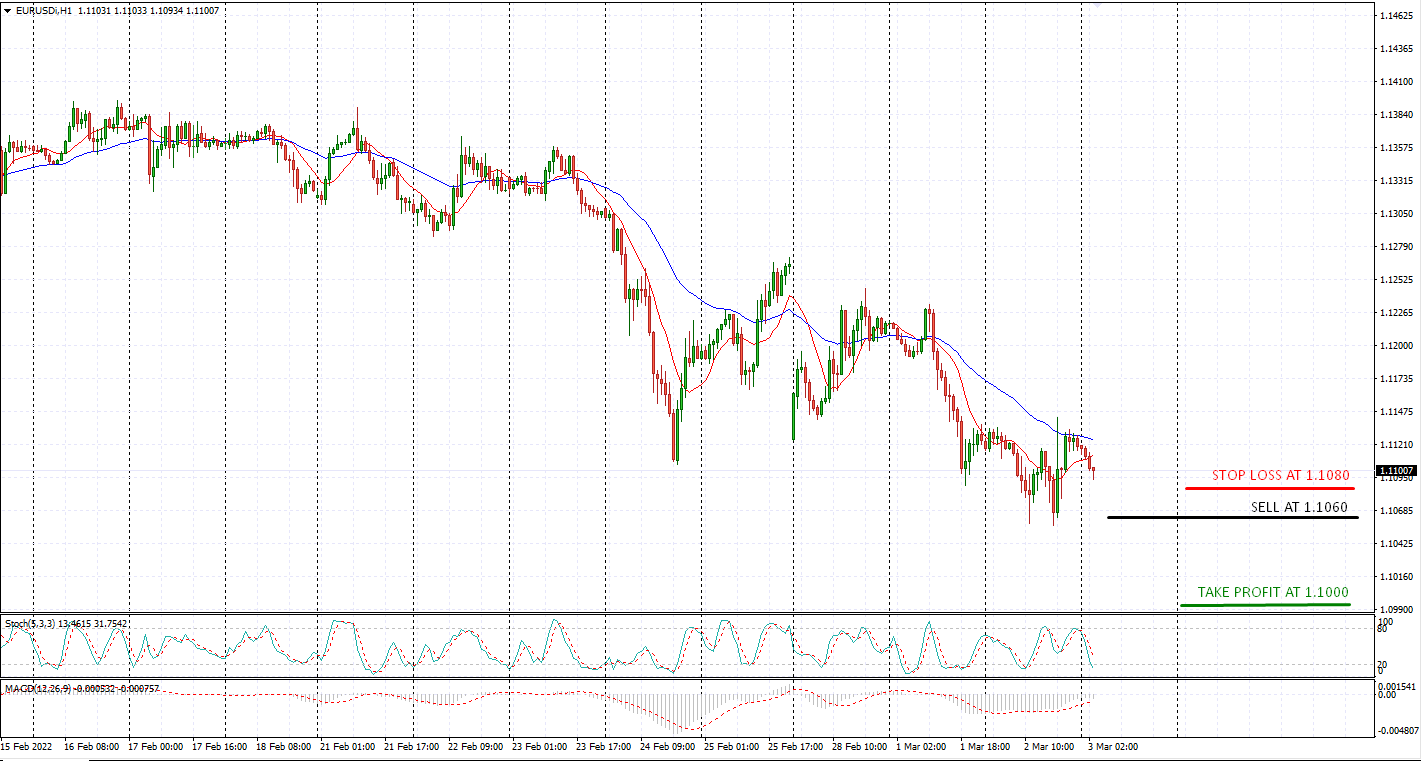 USD/CAD: The US dollar fell against the Canadian dollar on Wednesday amid rising oil prices. In addition, the Bank of Canada hiked interest rates to 0.50% as expected for the first time since October 2018 despite the crisis in Ukraine. This decision was made to curb inflation. The regulator has also continued its bond-buying program. The loonie is likely to keep strengthening due to high oil prices. Let’s not forget that Canada is the fifth-largest oil-producing nation globally, while it holds sixth place in terms of exports. The local resistance level can be seen at 1.2665. If the pair reaches this level and rebounds, it can trigger a further decline towards 1.2595. 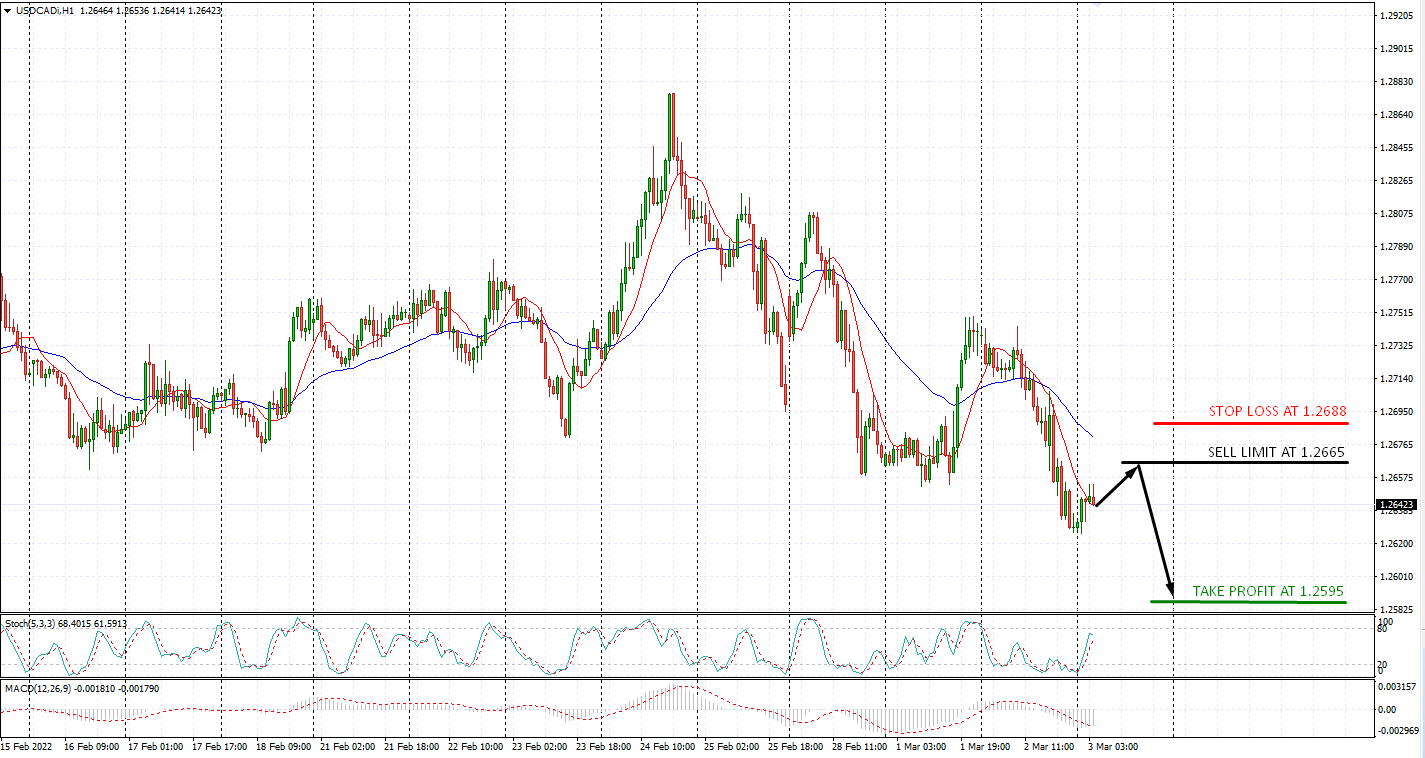 WTI: Oil rose above $110 a barrel on Wednesday on expectations that the market will remain short of supply for months to come following sanctions on Moscow and a flood of divestment from Russian oil assets by major companies. All of these of grim omen for global inflation. The White House ratcheted up pressure on Russia with the announcement that it will apply export controls targeting Russian oil refining. US crude and fuel stocks fell in the latest week, driving key storage hubs to multi-year lows as strong demand had refiners and other users paying dearer prices to secure supplies. WTI can correct to $109, and after that, the price will probably continue its upward movement towards $120. 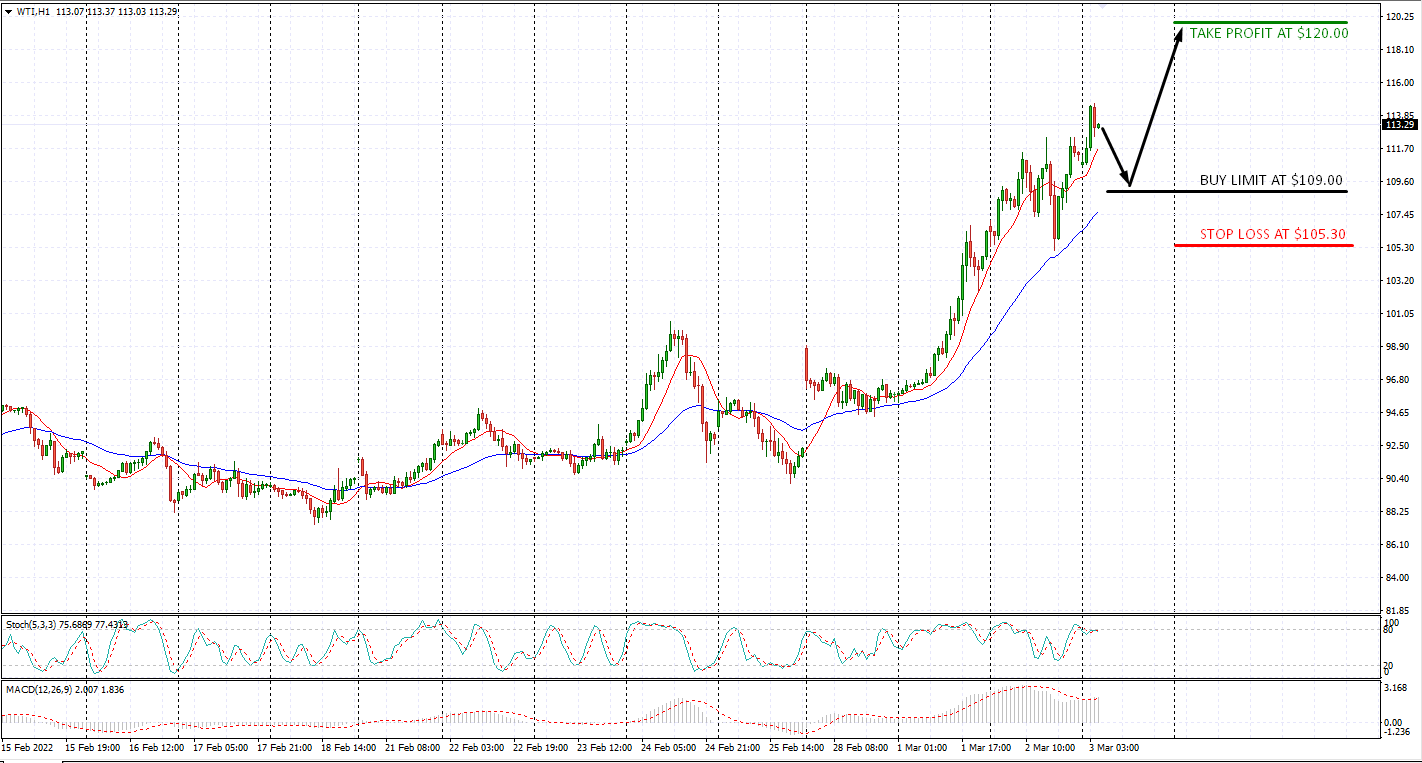