EUR/USD: The US dollar has been showing mixed performance against the euro and the pound lately. American investors continue to monitor the epidemiological situation in the country, hoping that the “Omicron” strain will not be able to have a significant negative impact on the national economy. In addition to a number of studies confirming the milder course of the disease caused by the new mutation, investors are encouraged by the decision of the US authorities to reduce the isolation period for citizens with a positive test from 10 to 5 days, if they do not have symptoms of the virus. However, this measure is largely due to the desire to ease the personnel shortage in American companies. Omicron is spreading rapidly, forcing workers to isolate themselves and creating economic problems for businesses. Since the beginning of the week, only American airlines have been forced to cancel several thousand flights due to lack of crews. The White House medical adviser (Anthony Fauci) even called on authorities to mandate vaccinations in the travel sector. 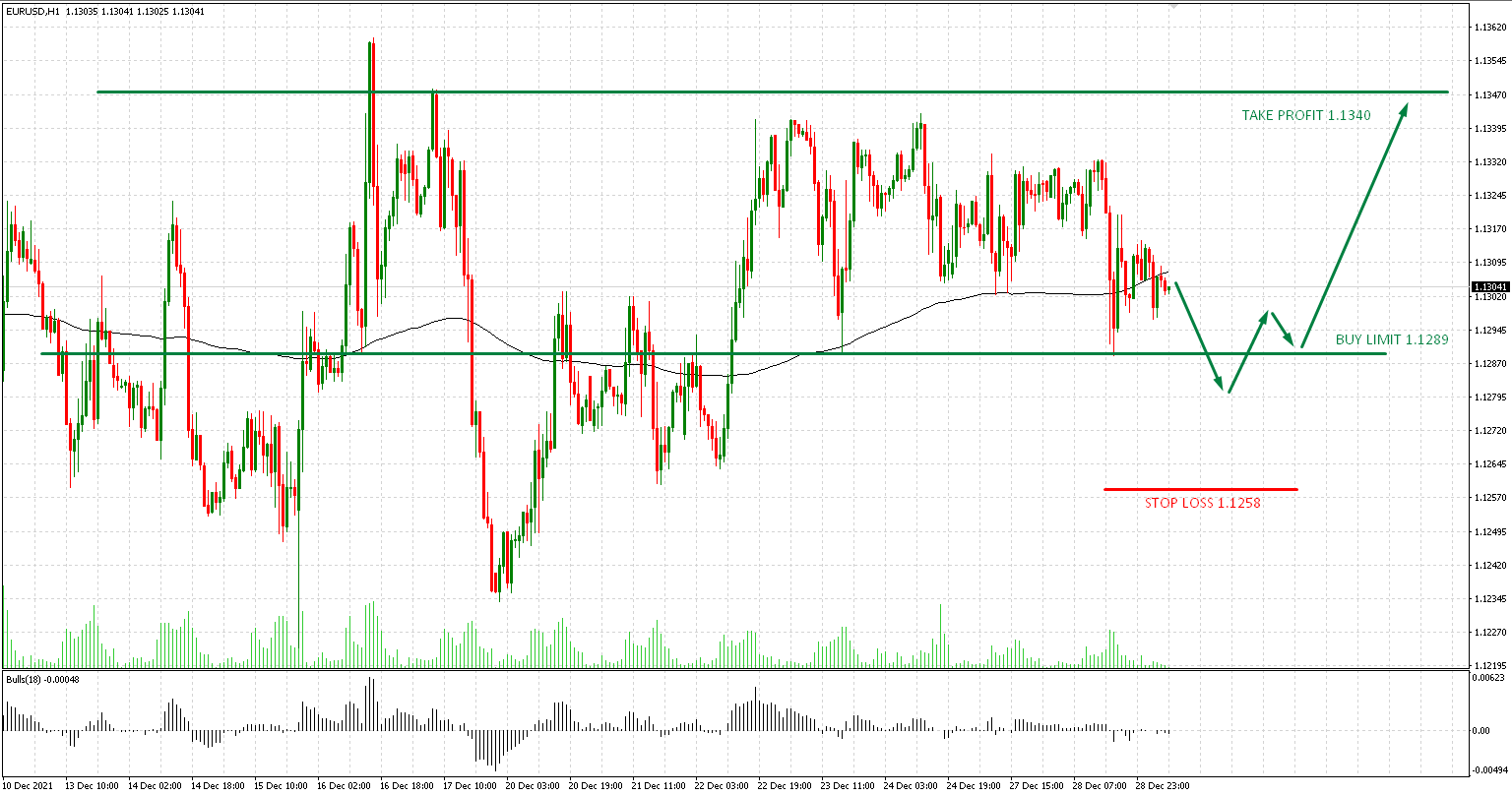 GBP/USD: The British currency is moderately strengthening against the US dollar. The upward dynamic of the trading instrument is facilitated by the government’s decision not to impose new quarantine restrictions during the New Year holidays. This was announced yesterday by Prime Minister Boris Johnson, and then the information was confirmed by the British Minister of Health Sajid Javid. Mass events will be allowed in the country, clubs, and bars will remain open, and hotels will be able to accommodate guests. This way, the service sector will be able to make the most of the New Year holidays. It is worth noting that the British government took this step, based on the results of expert assessments, fixing that the pressure on the national health sector is now exerted not by the increase in the number of sick citizens, but by the lack of medical personnel. 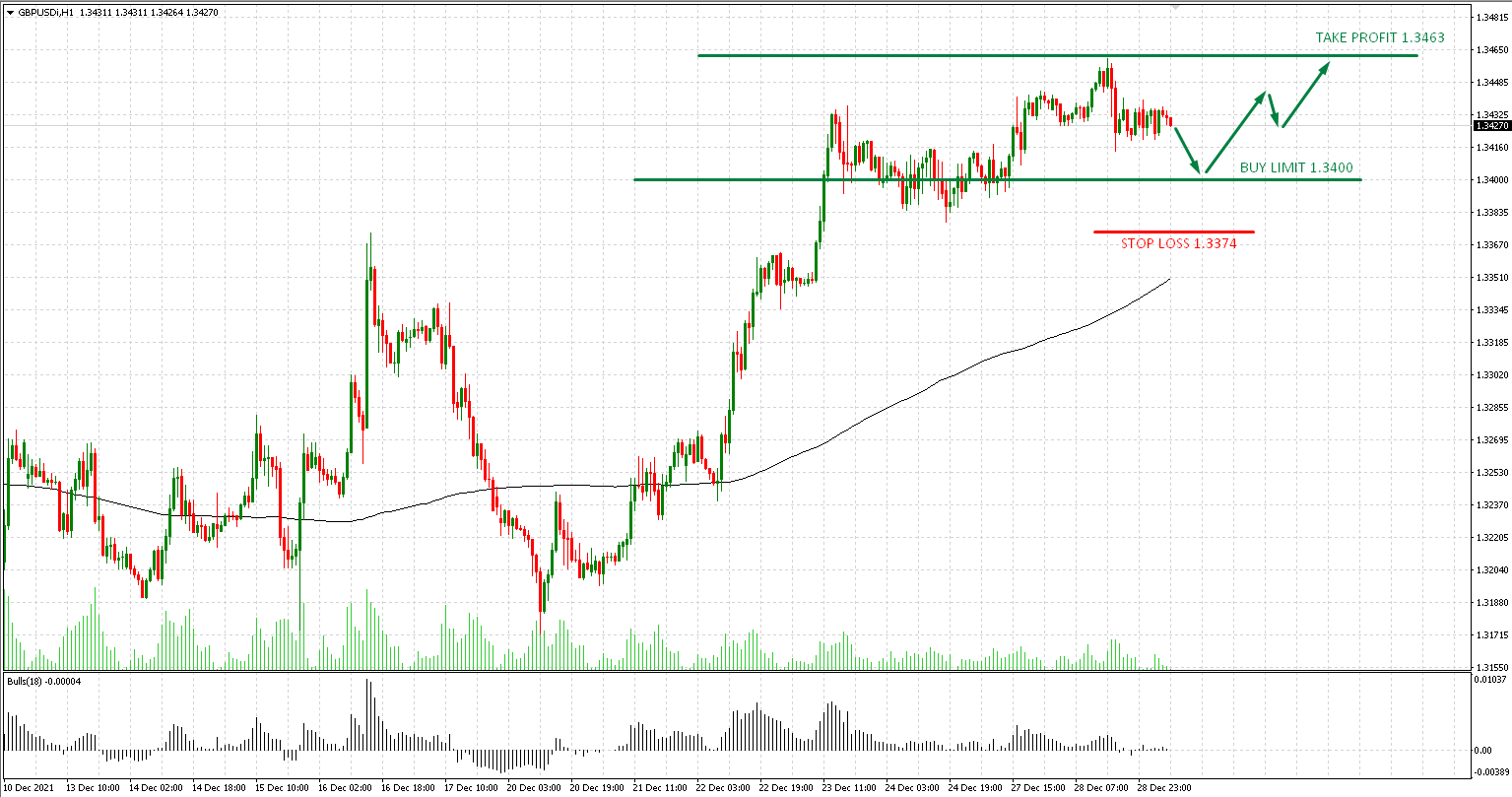 WTI: Oil quotes are rising moderately. Prices are growing amid easing investor concerns about the possible impact of the new Omicron coronavirus variant on the global economy. Recent studies confirm that the virus only causes mild symptoms among patients, which suggests that there will be no major restrictive measures and only mild pressure will be put on oil demand. Nevertheless, we can’t completely disregard the possibility of the another wave of the pandemic, since the Omicron weakness will most likely be compensated by its rapid spread. In the meantime, investors are awaiting the meeting of OPEC representatives, scheduled for January 4. It will decide whether the previously planned increase in oil production by 400 thousand barrels per day will be extended through February. 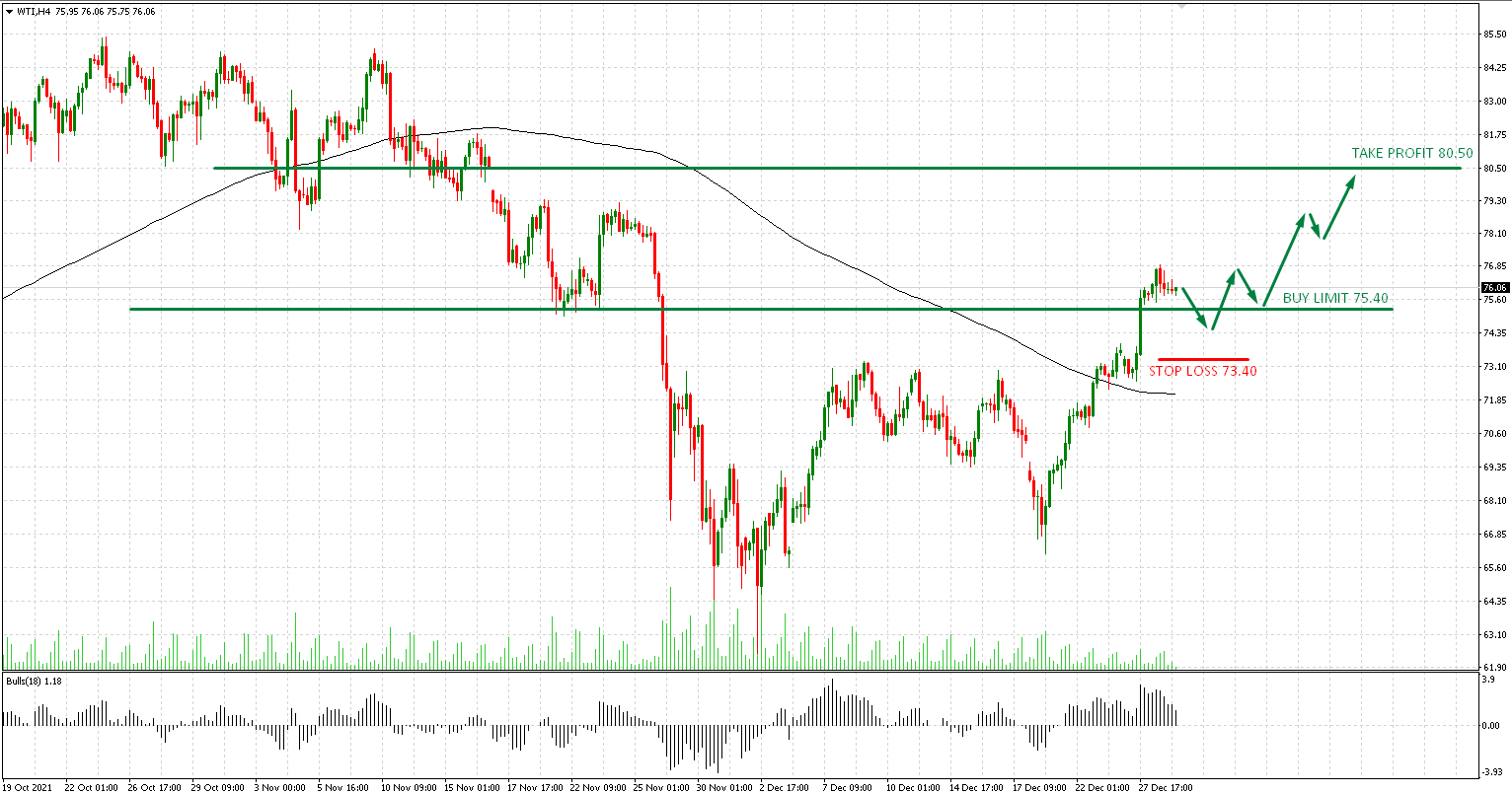