EUR/USD: The US dollar has been weakening against the euro since the market opening. Investors focused on the minutes of the last Fed meeting. The data in the report is capable of causing significant market movement. The vacancy rate is expected to decline slightly (from 10.934 million to 10.925 million). Market participants expect to hear clues about the timeline of the Fed’s bond-buying taper. Earlier, Fed Chairman Jerome Powell noted that this could be done soon, but he did not indicate the exact date. The closest resistance can be seen at the level of 1.1560, wherefrom we can expect a further decline to 1.1541 and even lower. 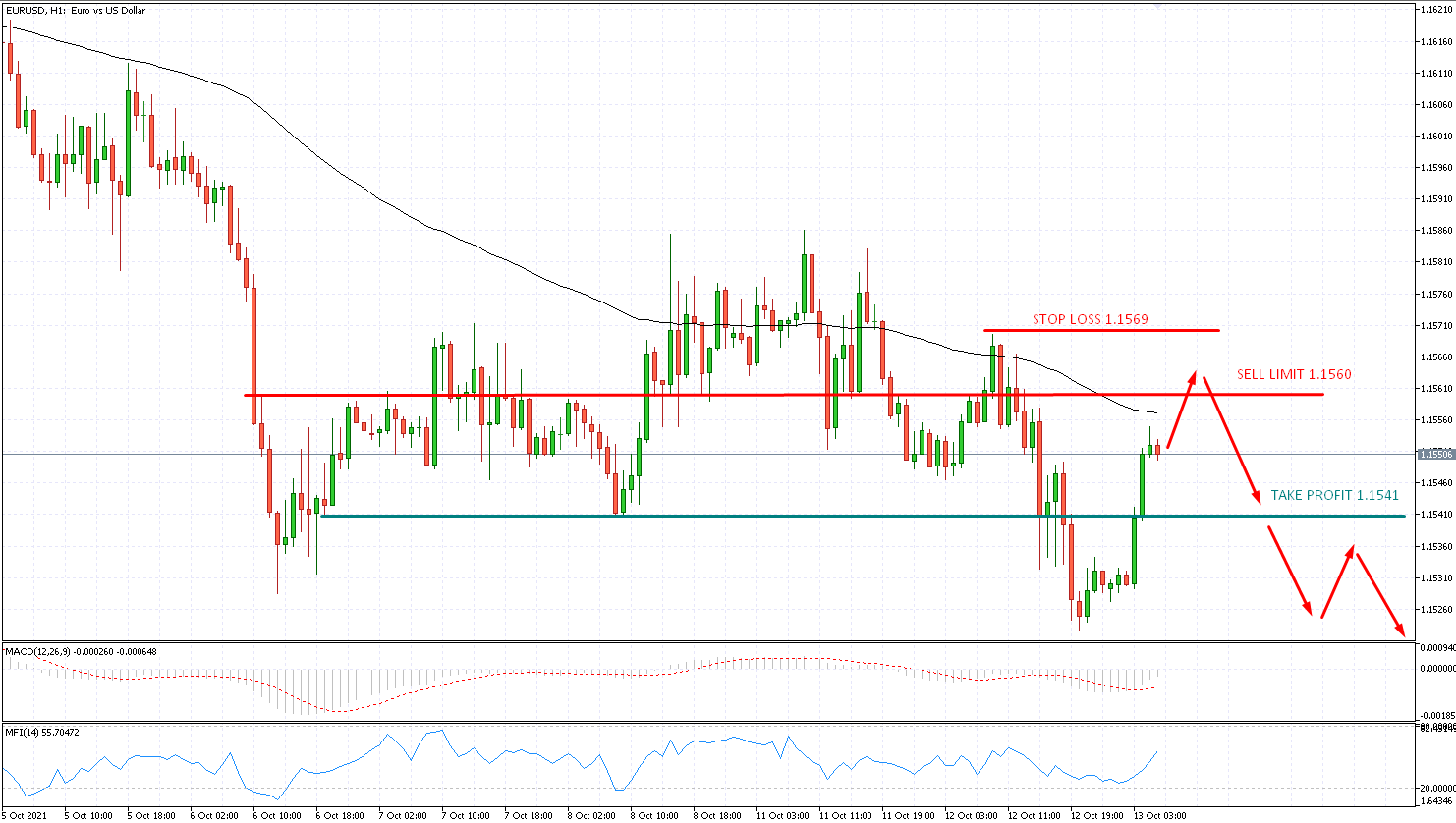 GBP/USD: The British currency is strengthening against the US dollar today. The focus of attention of British investors yesterday was the publication of the UK labor market statistics, which was generally positive. In August, the unemployment rate in the country fell from 4.6% to 4.5%, while employment increased 235 thousand. The total number of workers in the UK amounted to 29.2 million and returned to pre-crisis levels. The number of job openings is growing, so is the average wage level, as companies are forced to raise it in an effort to quickly close the talent gap. In August, the average earnings excluding bonuses increased by 6.0%, and the average total pay including bonuses rose 7.2%. Probably, the wage growth will continue to stimulate inflation, which, according to the Bank of England calculations, may exceed 4.0% by the end of the year. It can be expected that a combination of two factors – high inflation and serious growth in the labor market – could push the regulator to raise interest rates. 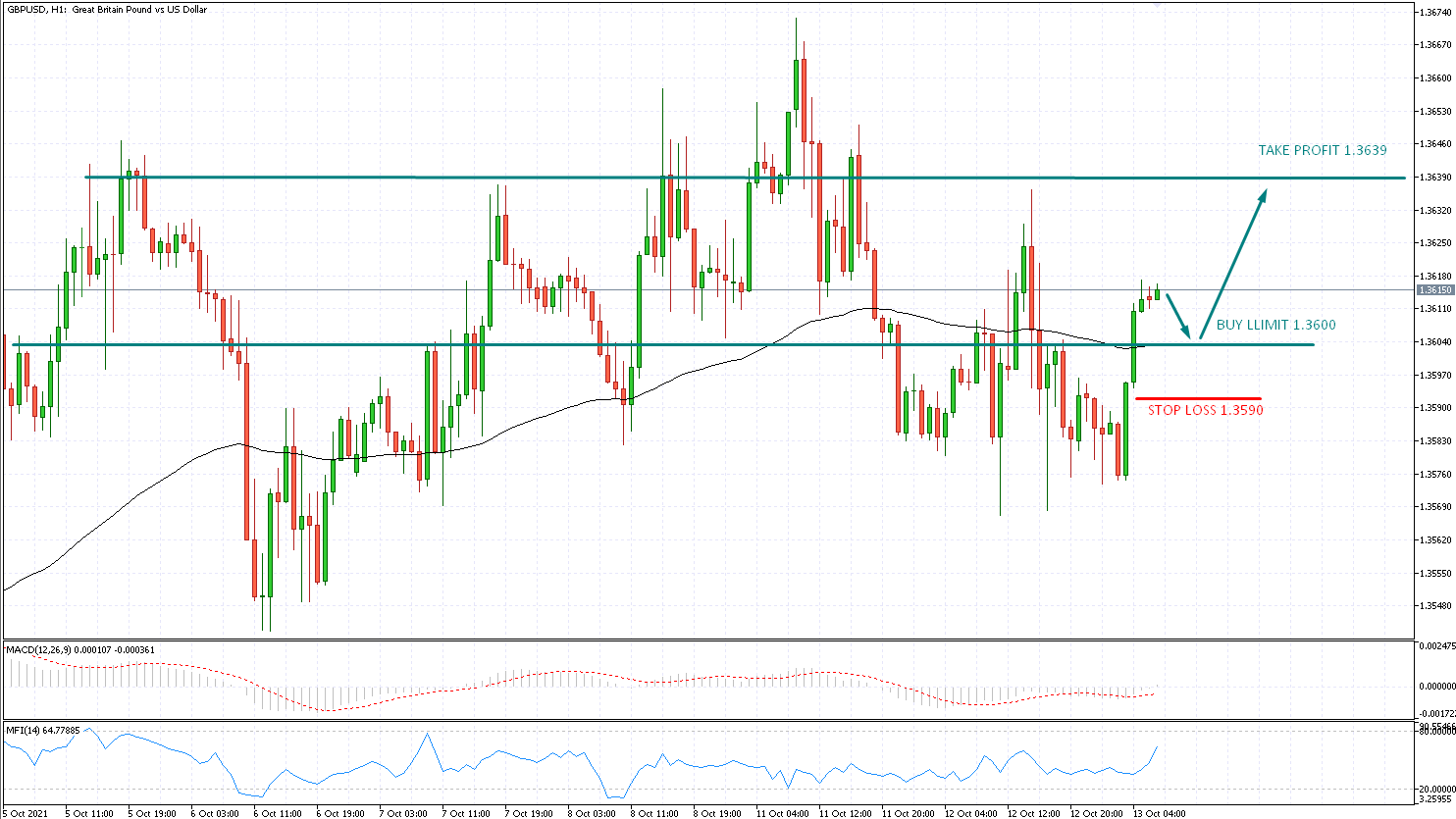 BRENT: Oil quotes are still making moderate growth attempts today. Prices are supported by an increase in global demand for oil and energy crises in a number of leading world economies, for example, China and the EU. Meanwhile, participants in the OPEC + deal are still in no hurry to increase oil supplies to the market, despite pressure from the United States. On Monday, White House officials again called on producers to increase production of “black gold” and compensate for market needs, but so far, this has not happened. It is quite possible to expect a further rise in Brent crude oil to the level of $85.40. The nearest possible support for further price growth may be the $82.40 mark. 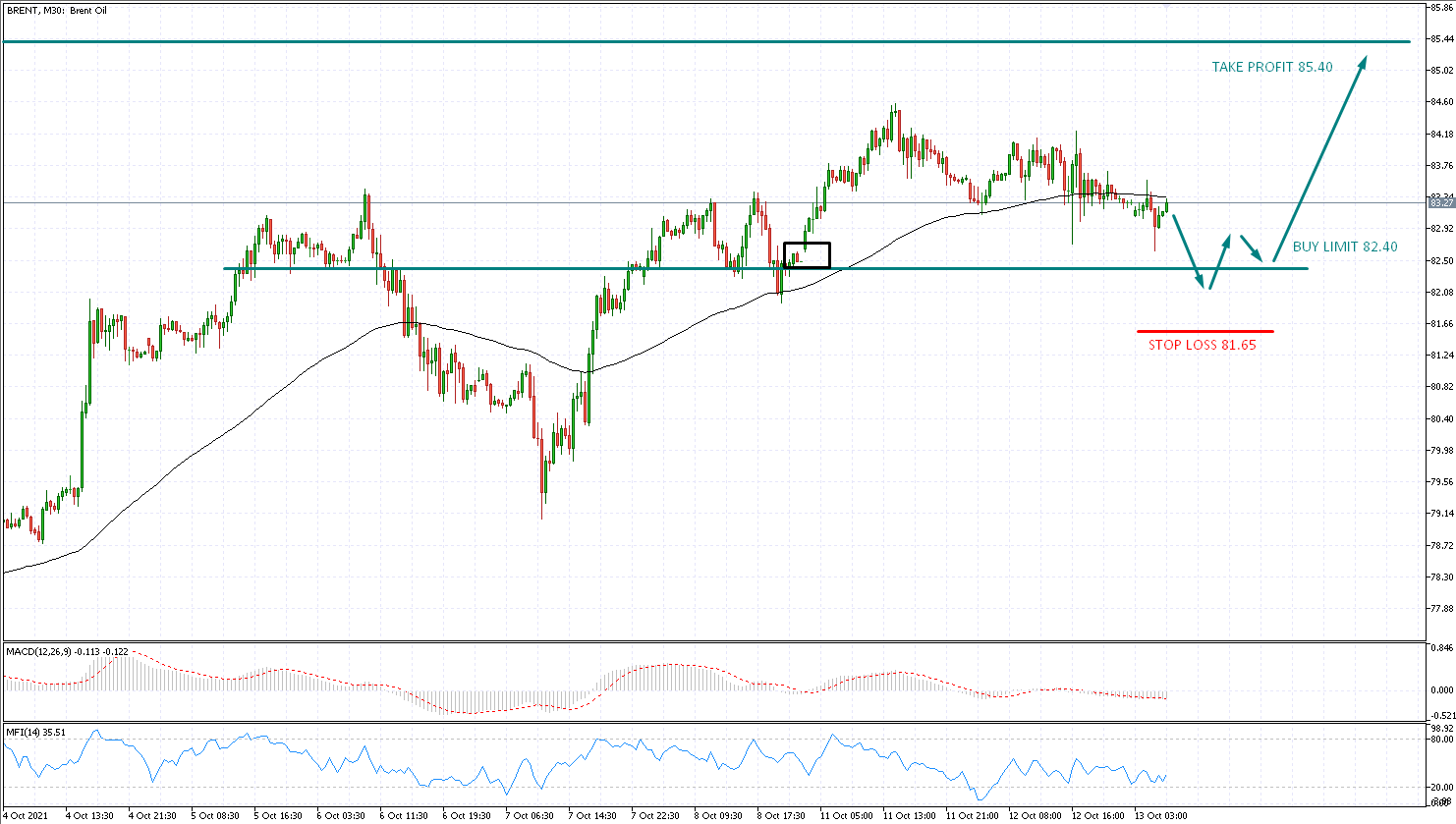