EUR/USD: The European currency rose against the US dollar on Friday but at the start of today’s Asian trading session, this growth was offset by a new Euro low due to risks for Europe’s economy. The escalating Ukraine conflict and increased Western sanctions are sending tremors through the world economy and casting a pall over the financial markets. Over the weekend, the US and its allies imposed stricter penalties on Russia to prevent its Central bank from using foreign reserves. They also excluded some Russian banks from the SWIFT messaging system that underpins trillions of dollars worth of transactions. We are expecting extra high volatility in the financial markets this week. The instrument’s further direction will mainly depend on the geopolitical news. The local resistance level can be seen at 1.1226. If the pair reaches this level and rebounds, it can trigger a further decline towards 1.1150.

AUD/USD: The Australian dollar rose against the US dollar on Friday. However, geopolitical concerns have weighed on the pair in recent days ignoring firmer macroeconomic data from Australia. Australia’s monthly Retail Sales rose in January and were better than market expectations. Company Gross Operating Profits data which shows the total amount of pre-tax profits earned from business activities, excluding interest expense on borrowing and valuation adjustments grew in Q4 to 2%. It’s worth noting that the monthly US Nonfarm Payrolls will be crucial this week as traders slow down on their hopes of a 0.50% rate hike in March. The local resistance level can be seen at 0.7220. If the pair reaches this level and rebounds, it can trigger a further decline towards 0.7145.

XAU/USD: Gold prices fell on Friday due to sharp swings in the precious metals market. However, gold has upside potential due to conflict in Ukraine and Western sanctions against Russia, which raises the demand for a safe-haven asset. Apart from its haven asset role, gold is also a hedge against inflation, which could be stoked further by the surging prices of wheat, energy and metals. The local resistance level can is located at $1,925. A breakout to the upside can trigger growth to $1,980. 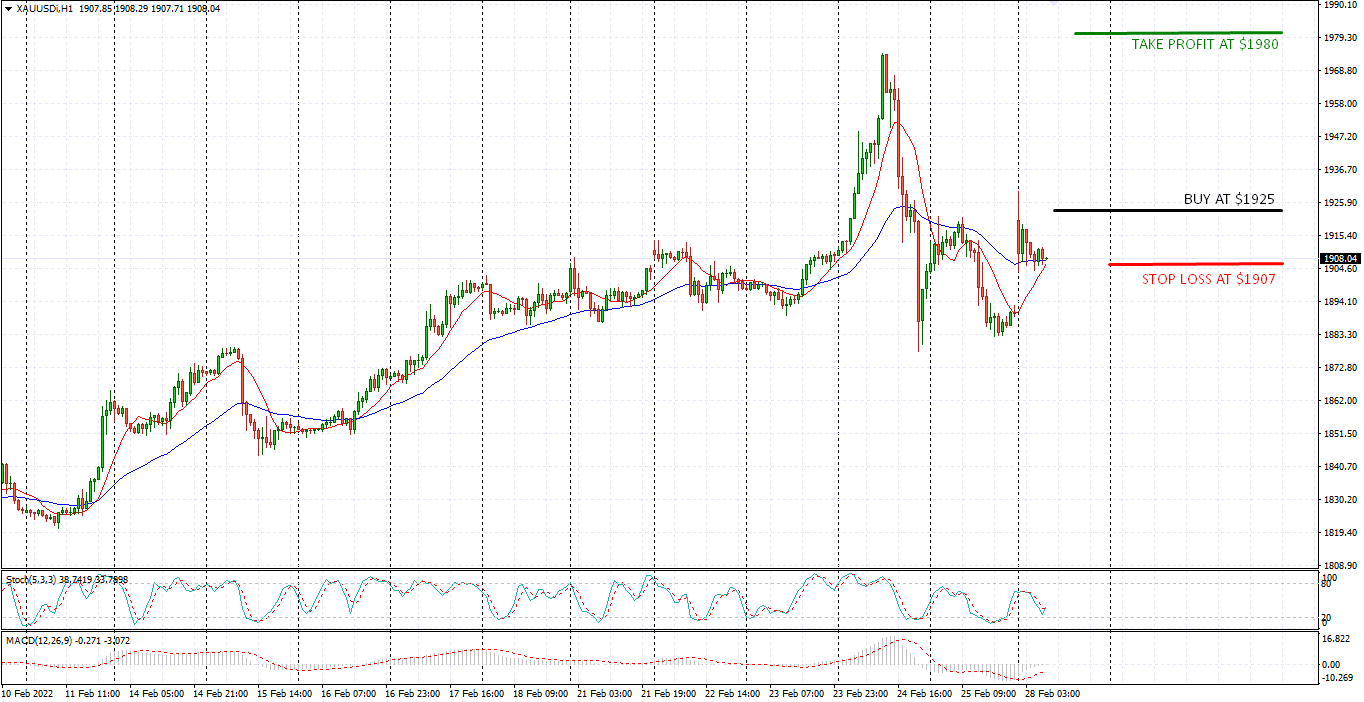