EUR/USD: At the January meeting, the Federal Reserve left the interest rate unchanged in the target range of 0-0.25%, as expected. The taper schedule remained the same with the sight that the bond-buying program would be fully completed in March. The regulator noted that it is possible to raise rates in the future, but the committee will be ready to correct monetary policy only if such a need arises. Fed Chairman Jerome Powell commented that the economy is performing very strongly and the Omicron strain is sure to put pressure on economic growth in the current quarter. However, the wave of the virus is expected to recede quickly. The economy, according to the Fed, no longer needs significant amounts of support from the monetary authorities. The Fed plans to reduce the balance sheet after it starts raising rates. For the US dollar, the Fed’s hard stance provided good support. 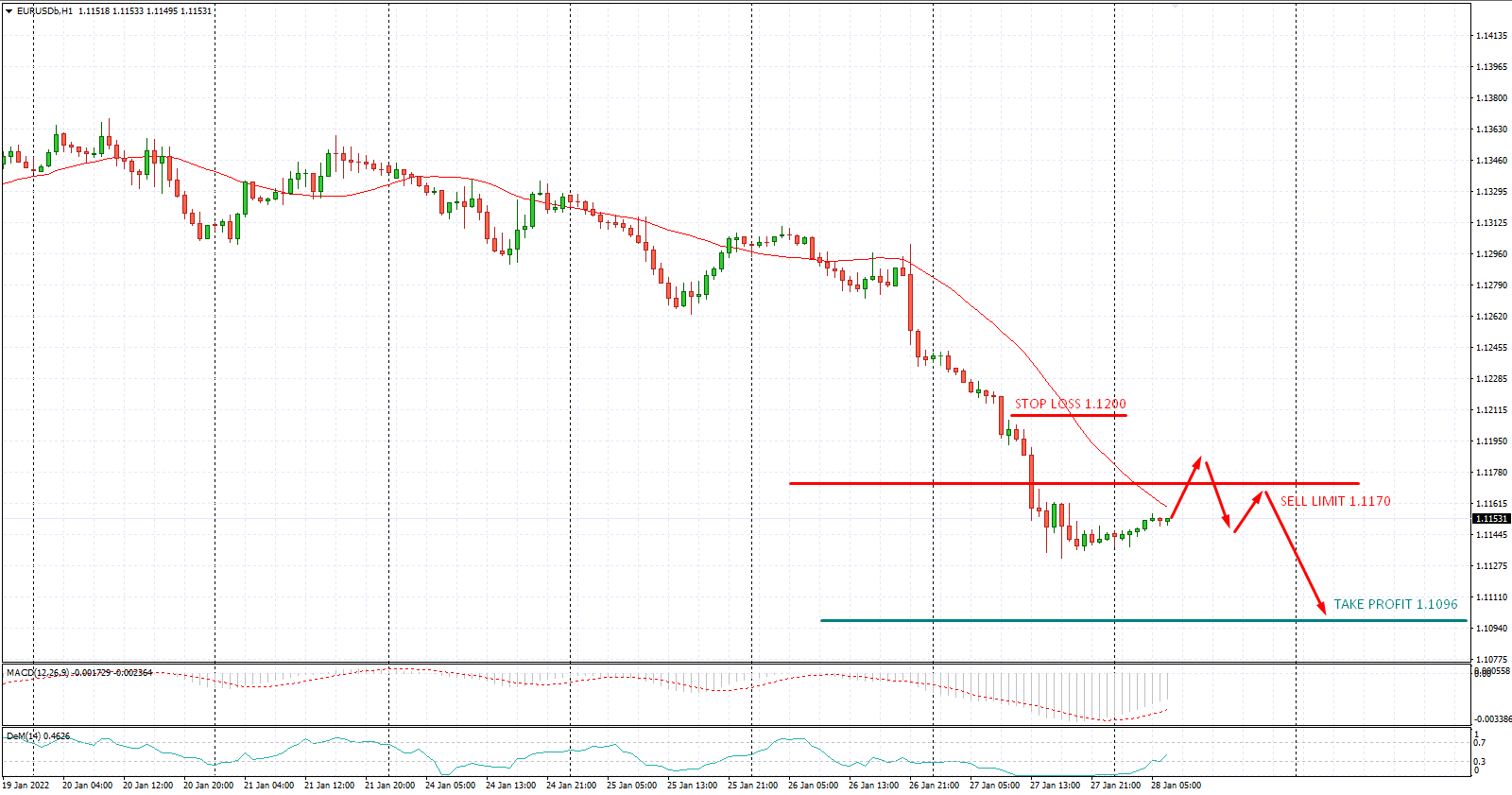 AUD/USD: US dollar strengthened following the Federal Reserve’s “hawkish” statements, putting pressure on the AUD. The statistics published by Australia are not yet impressive and therefore cannot be of support. Thus, the preliminary value of the business activity index in the manufacturing sector in January dropped to 55.3 points against the previous value of 57.7. The same indicator, but for the service sector, fell to 45.0 points from 55.1. Based on the outgoing reports, it is quite possible to assume that the Reserve Bank of Australia will postpone the new interest rate hikes. This is also confirmed by the latest Reuters polls: previously, markets expected a rate increase in May, now the forecasts are transferred to November when the rate could rise by 15 basis points. However, already at its next meeting, which will be held on February 1, the RBA may announce the completion of its bond purchase program. This could support the Australian dollar. 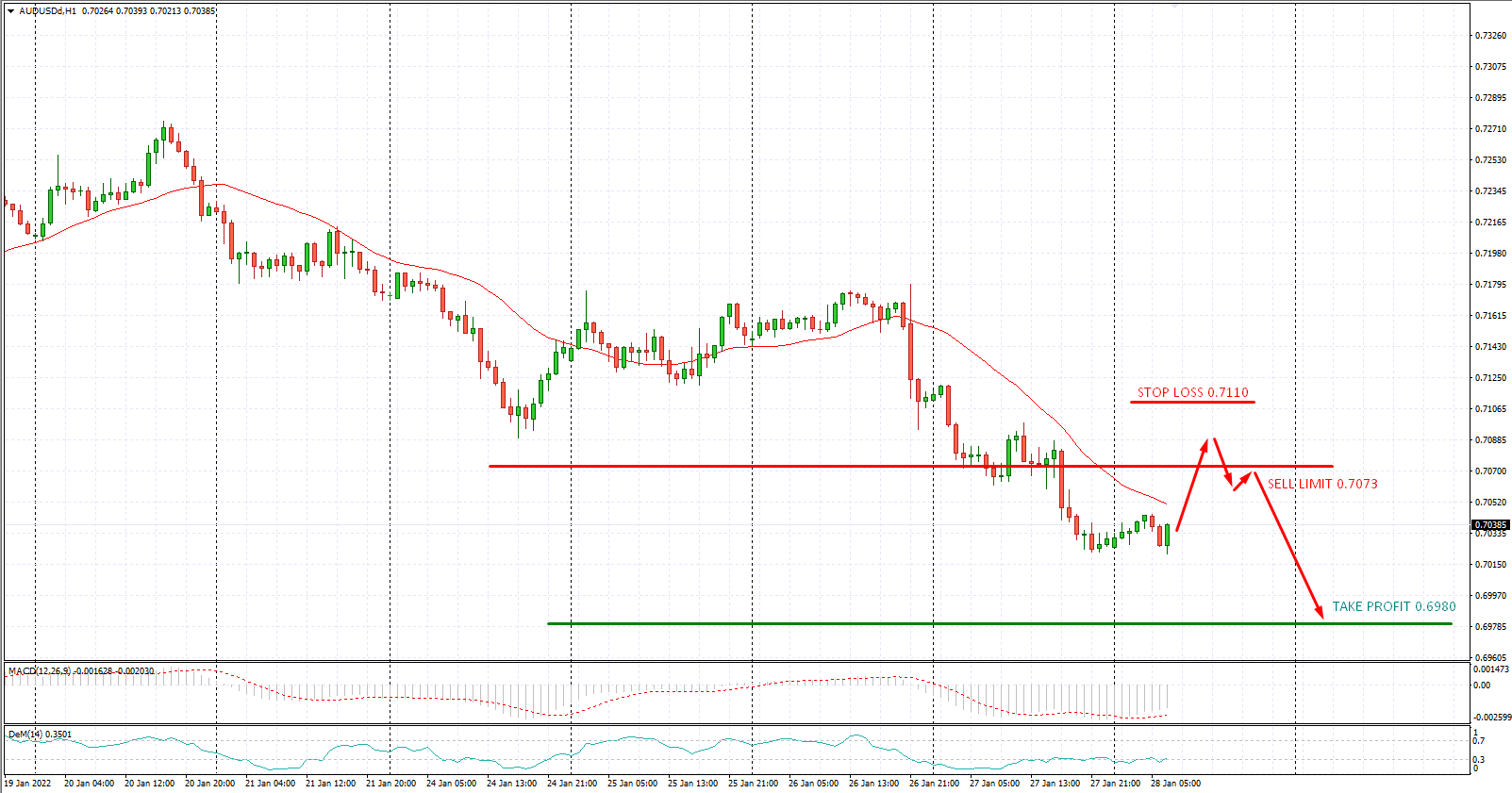 BRENT: Brent prices rose 2% yesterday to almost $90 a barrel, the highest since October 2014. The market is pricing in the risk of increasing geopolitical tensions between Ukraine and Russia, which could lead to new sanctions and reduce the supply of Russian natural gas and oil to the markets. Prices are also supported by a decline in US oil production. The IEA and other institutions are predicting stronger-than-expected demand for oil, while supply could shrink due to the conflict in Eastern Europe, pushing prices up further. Given the technical picture, oil could rise to $100 if we see signs of chronic deficits in 2022 and risk appetite continues. 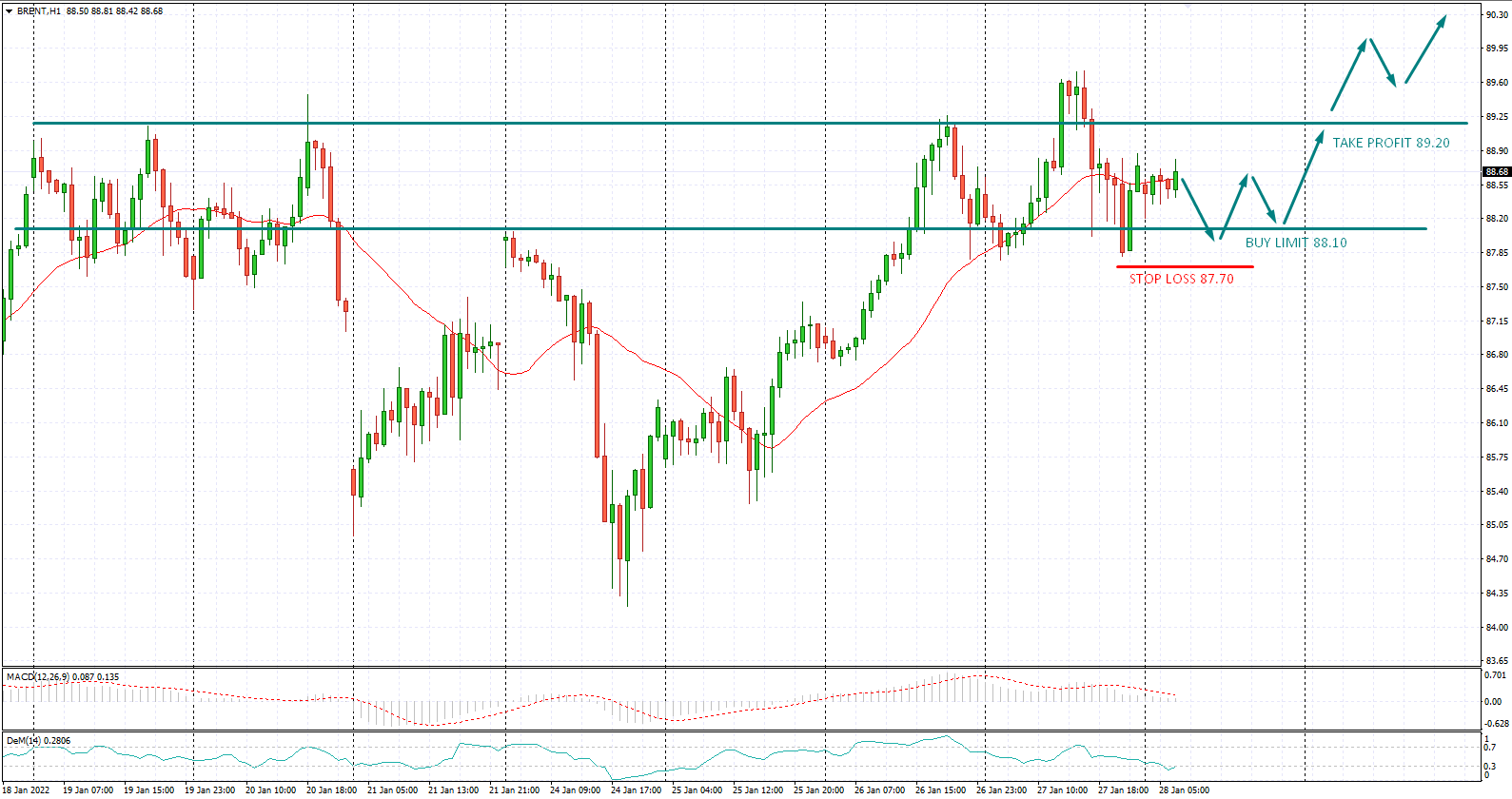