USD/CAD: The Canadian dollar fell against the dollar on Wednesday, giving back some recent gains as the prospect of a global economic slowdown weighed on investor sentiment. The safe-haven U.S. dollar climbed against a basket of major currencies as Federal Reserve Chair Jerome Powell said there is a risk that the U.S. central banks effort to tame high inflation with interest rate hikes will slow the American economy too much.On the side of the Canadian dollar is still expensive oil. If oil continues to rise today, the Canadian currency will have the opportunity to bounce back against the dollar. Immediate support is seen at 1,2850, a break below could take the pair towards 1,2750. 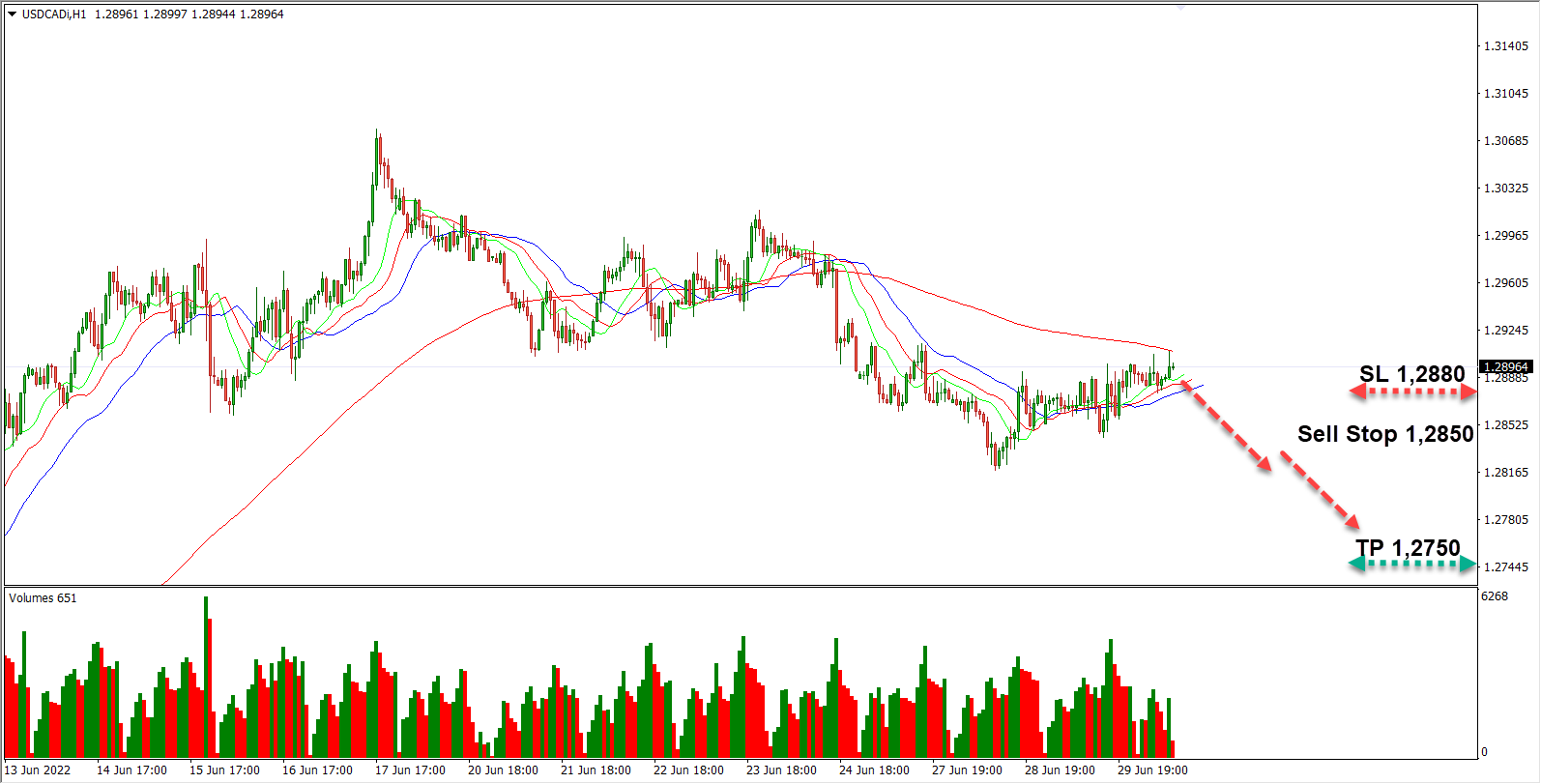 EUR/USD: The euro declined on Wednesday after European Central Bank President Christine Lagarde said the era of ultra low inflation that preceded the pandemic is unlikely to return. Speaking at a panel at the ECB Forum in Sintra, alongside U.S. Federal Reserve Chairman Jerome Powell and Bank of England Governor Andrew Bailey, Lagarde added that central banks need to adjust to significantly higher price growth expectations. Market participants have fully priced in the prospect of a 0,25% rate hike in July. Against this background, the European currency has nothing to grow on. In case of further growth of the dollar, the euro runs the risk of testing multi-month lows and aiming for parity against the dollar. Immediate support is seen at 1,0420, a break below could take the pair towards 1,0350. 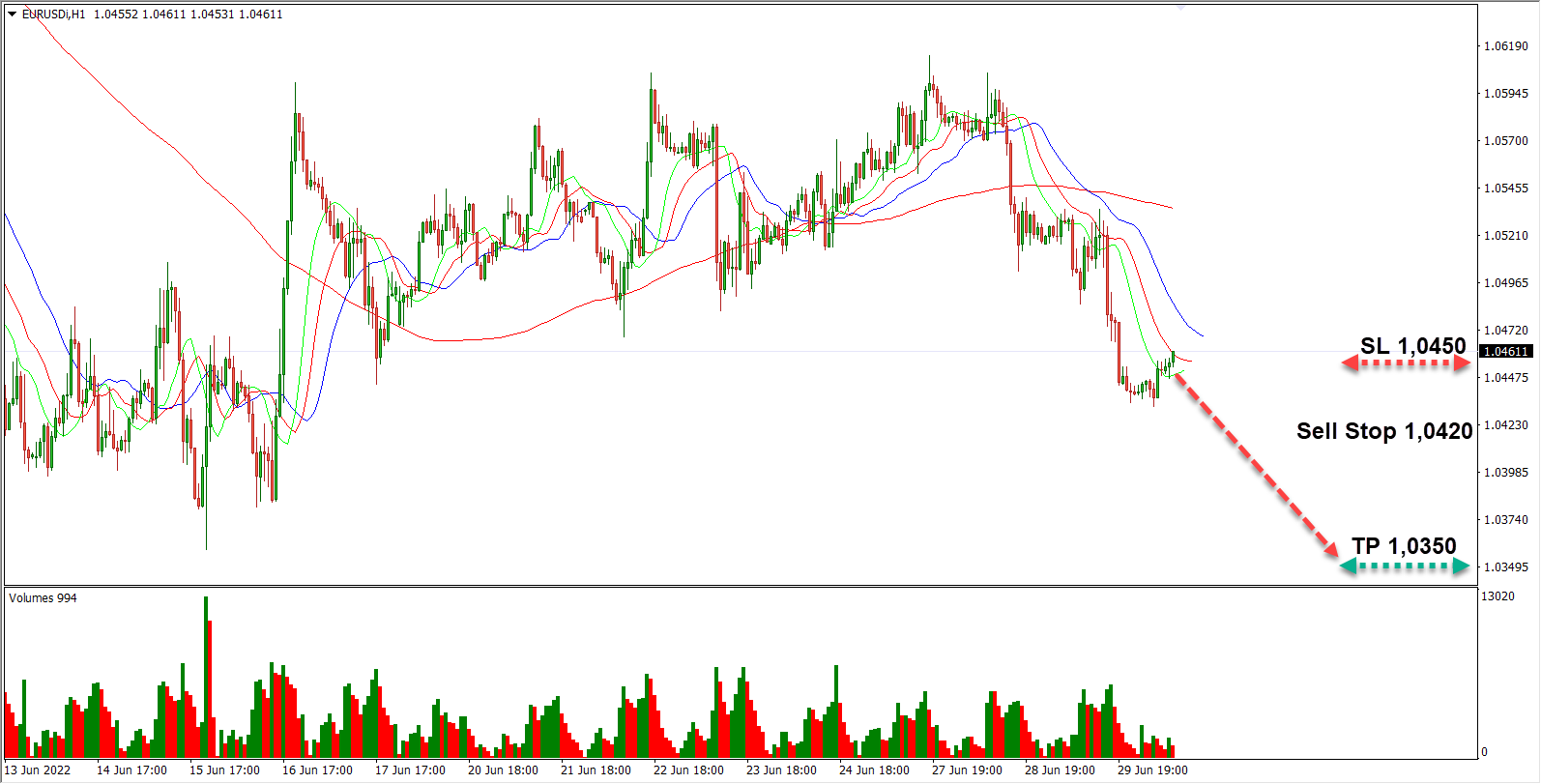 GBP/USD: Sterling fell against the dollar on Wednesday as dovish comments from a new policymaker kept the currency firmly on course for its biggest six-month decline against the dollar since 2016, the year of the Brexit referendum. Swati Dhingra, who will join the BoE in August, said the bank should move to tightening policy very gradually as there are signs of an economic slowdown that is much closer than previously thought. Sterling has been one of this year’s worst performing major currencies, down more than 10% against the dollar. Immediate support is seen at 1,2100, a break below could take the pair towards 1,2000. 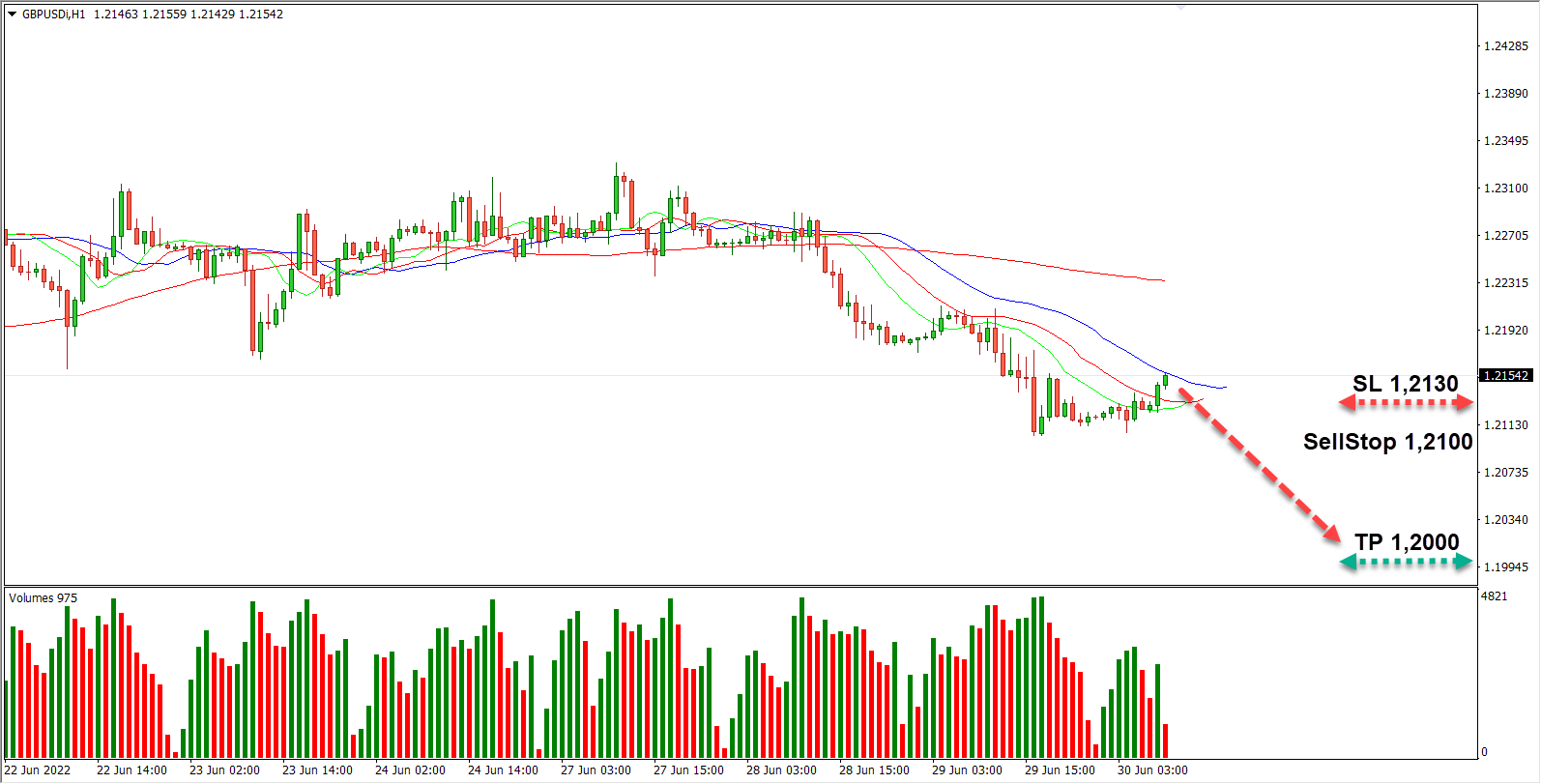