GBP/USD: The pound strengthened against the dollar on Monday as riskier currencies like the pound gained before a widely expected U.S. interest rate hike this week. Investors expect the Fed to raise interest rates by another 75 basis points when it concludes a two-day policy meeting on Wednesday. Britain’s businesses grew at their slowest pace in 17 months in July and inflation pressures eased, according to an industry survey last week. Although consumer spending and businesses are struggling, the Bank of England is expected to raise interest rates by 50 bps at a policy meeting on Aug. 4. Immediate resistance can be seen at 1,2100. A breakout to the upside can trigger growth towards 1,2220. 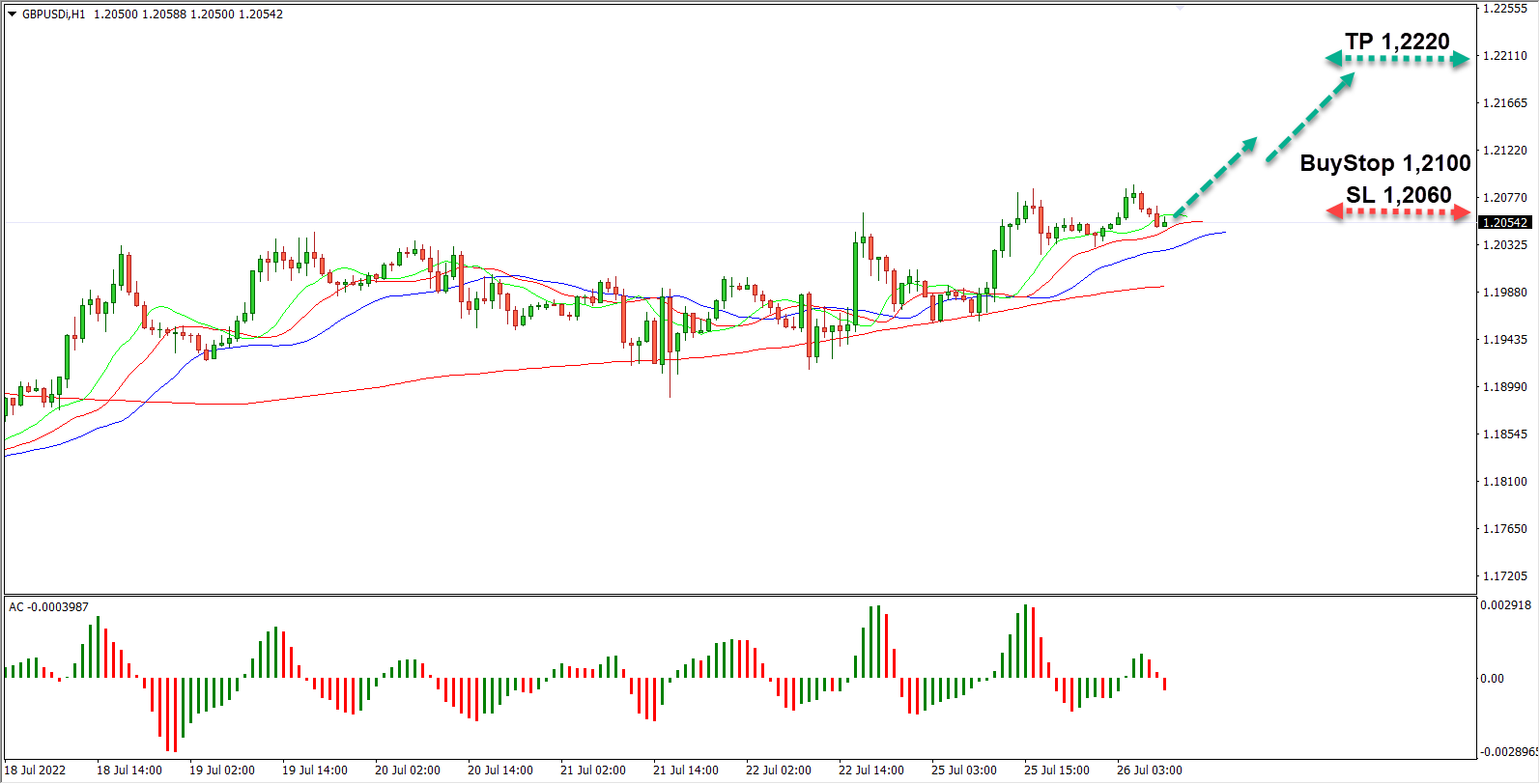 EUR/USD: The euro strengthened on Monday as risk appetite returned to currency markets and investors weighed the possible impact of an expected U.S. rate hike this week. The biggest factor influencing market momentum this week is the anticipation of the Fed meeting, with U.S. second-quarter GDP numbers on Thursday. The Federal Reserve has signaled a 75 basis-point rate hike at its July meeting, although data last week showing inflation hit 9,1% in June raised the possibility of a larger 100 bps hike later this year. In anticipation of the Fed meeting, the European currency could make another attempt to rise. Immediate resistance can be seen at 1,0250. A breakout up can trigger growth towards 1,0320. 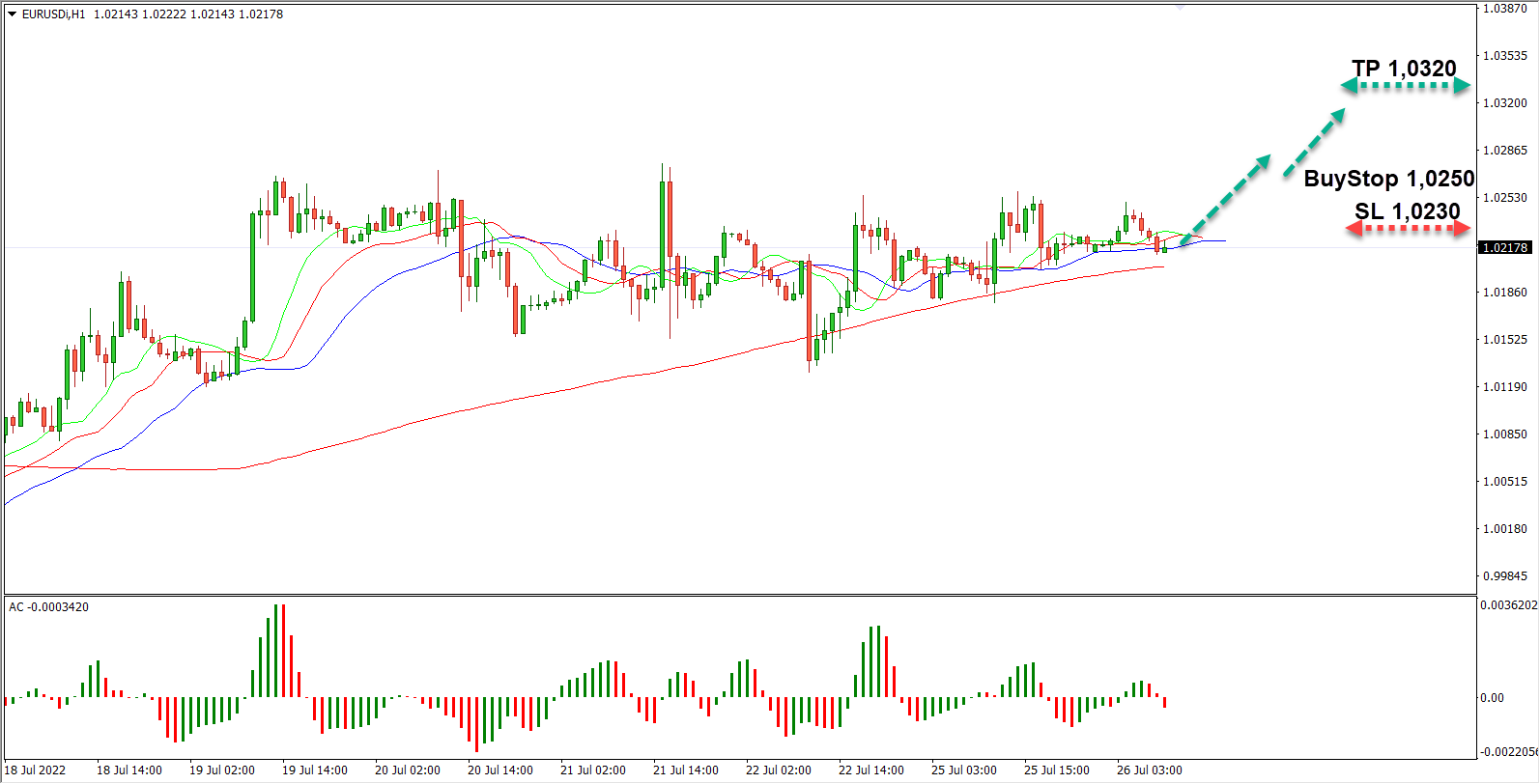 USD/CAD: The Canadian dollar strengthened against the greenback on a surge in oil prices and a weaker greenback. Oil prices rose as investors had been seesawing between supply fears and bets rising U.S. interest rates could weaken demand. Local support for the Canadian dollar may be provided by a potential 50 basis points rate hike at the next meeting, the likelihood of which has increased significantly against the backdrop of high inflation, which has renewed 30-year highs. Immediate support is seen at 1,2800. A breakout below could take the pair towards 1,2740. 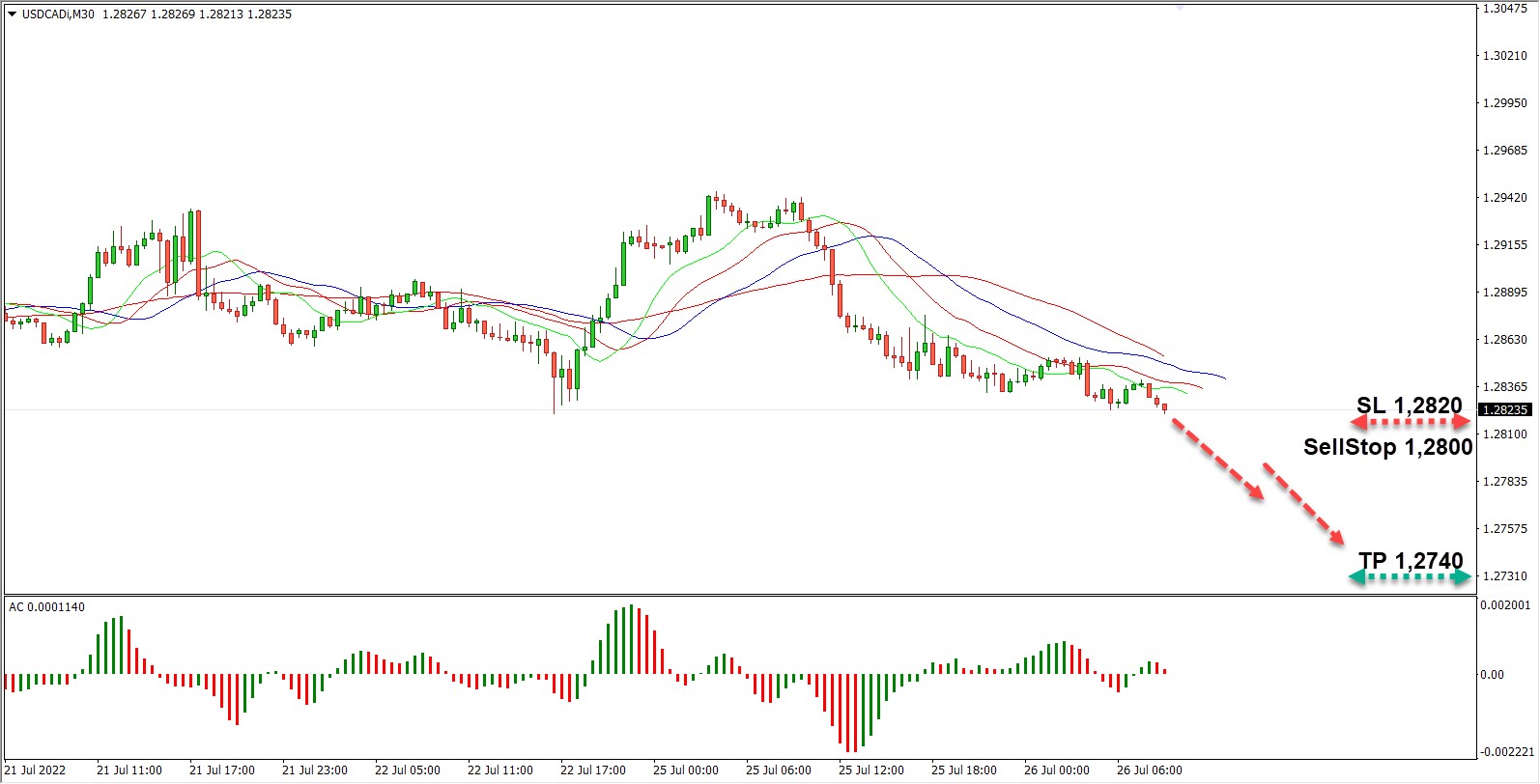