USD/CAD: The Canadian dollar strengthened against the US dollar on Monday as oil prices rose and the Bank of Canada survey showed rising inflation expectations, fueling bets of a big rate hike next week. Consumer inflation expectations hit new highs in the short-term and rose significantly in the long-term. Money markets expect the BoC to raise its benchmark rate by three-quarters of a percentage point at its next policy meeting on July 13, which would be its biggest hike in 24 years. The Canadian dollar buyers are also supported by expensive oil, which is likely to continue to grow further, bolstered by limited supply. Immediate support is seen at 1,2820. A breakout below could take the pair towards 1,2750. 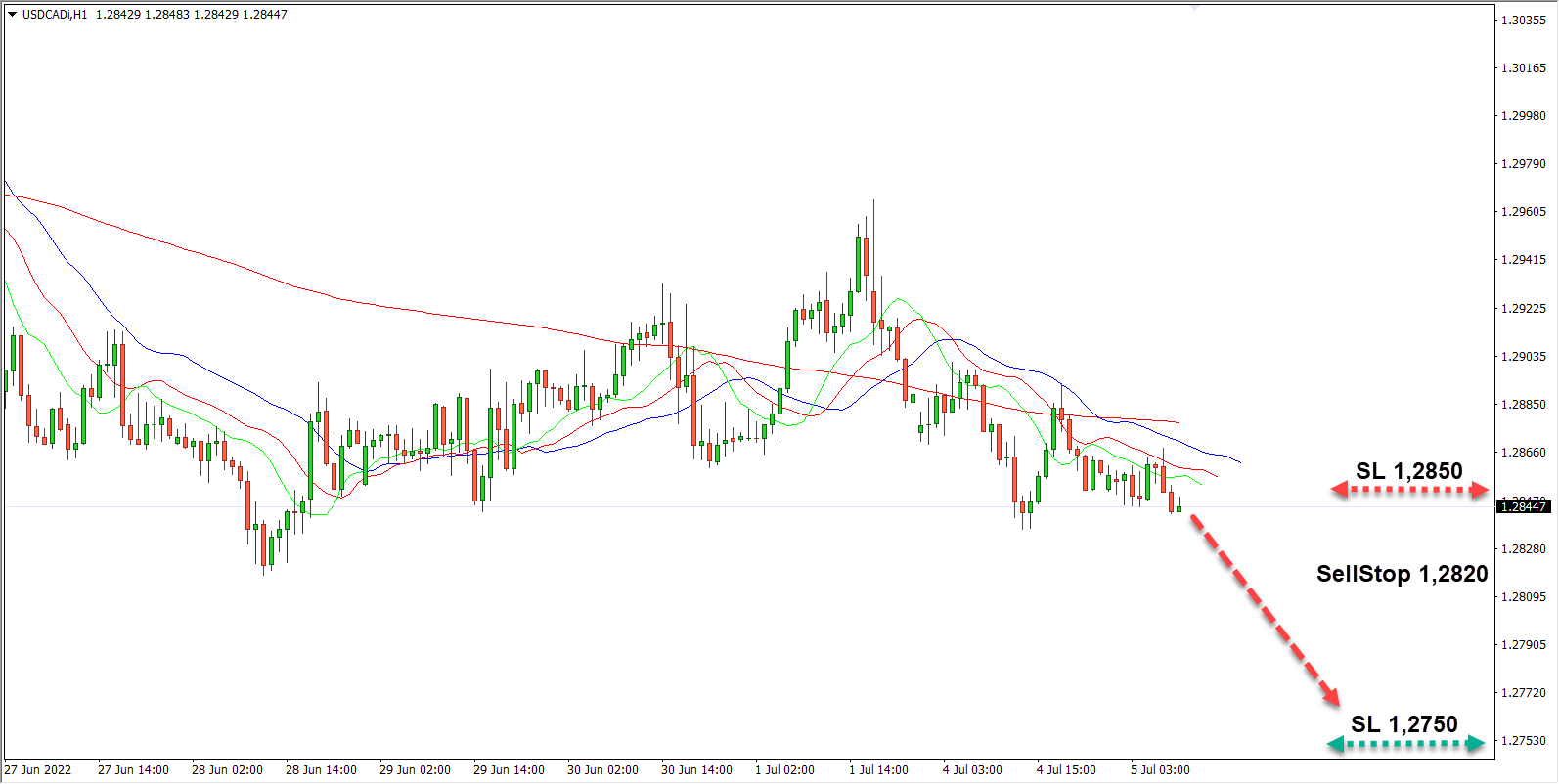 GBP/USD: Sterling strengthened against the dollar on Monday as investors await more signals from the Bank of England on its future rate hike path this week. Last week, the British pound concluded its biggest decline since 2016, down more than 10% against the dollar so far this year. Focus remains on the slowing UK economy, with the BoE tasked with fighting rising inflation and avoiding a recession. The BoE has hiked rates five times since December and their next scheduled rate announcement is in August. Some market participants expect another 50 basis point hike at the next meeting. Immediate resistance can be seen at 1,2160. A breakout to the upside can trigger growth towards 1,2250. 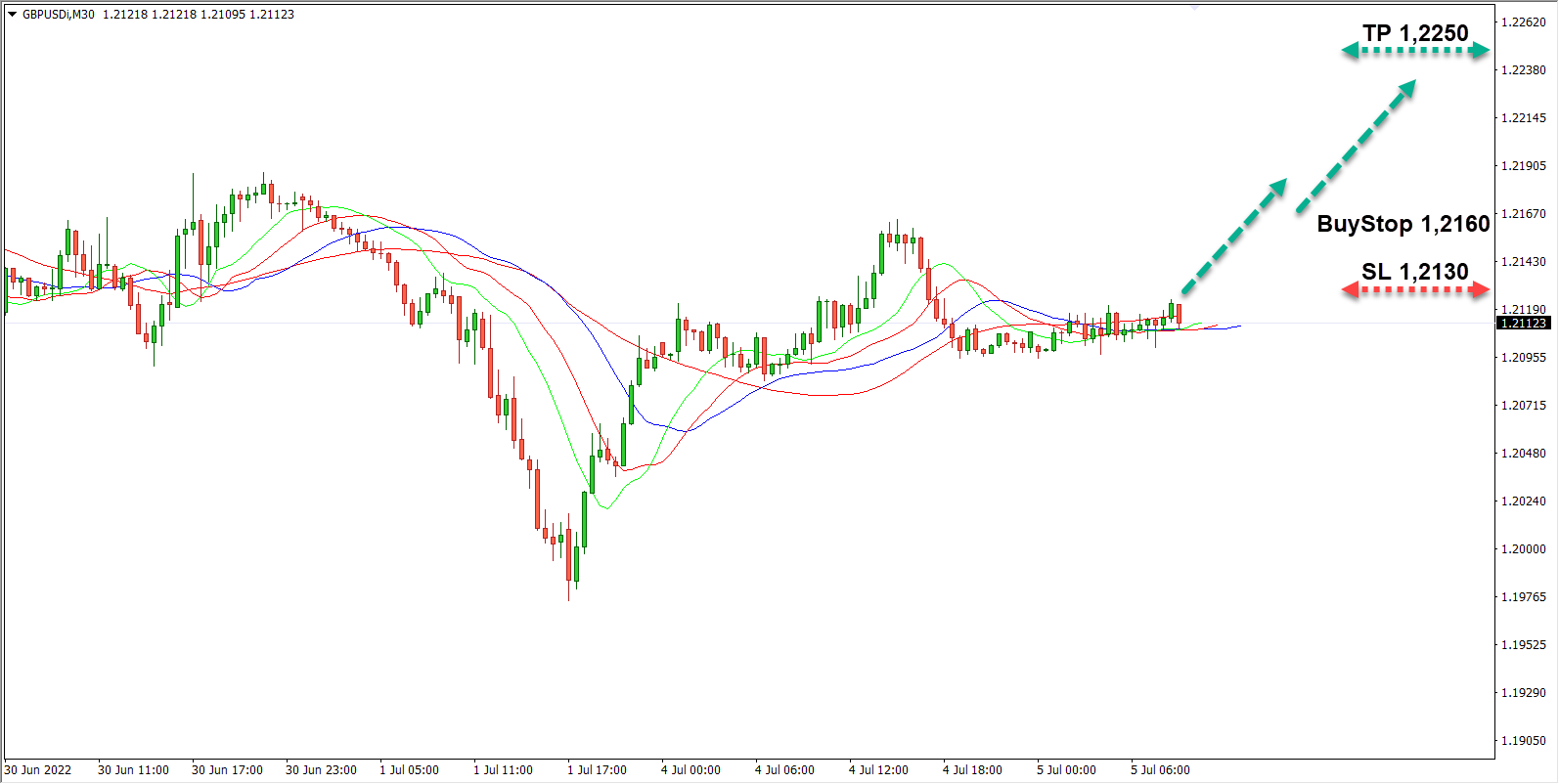 EUR/USD: The euro strengthened against the dollar on Monday amid the improved global risk sentiment in a quiet trading session due to a holiday in the United States. Data on Friday showed euro zone inflation surging to another record, adding to the case for the ECB to raise interest rates this month for the first time in a decade. Market participants doubt that the European regulator will go far in tightening the national policy, however, the first reaction to the rate hike is likely to lead to a short-term growth of the European currency. It just can be used. Immediate resistance can be seen at 1,0470. A breakout to the upside can trigger growth towards 1,0550. 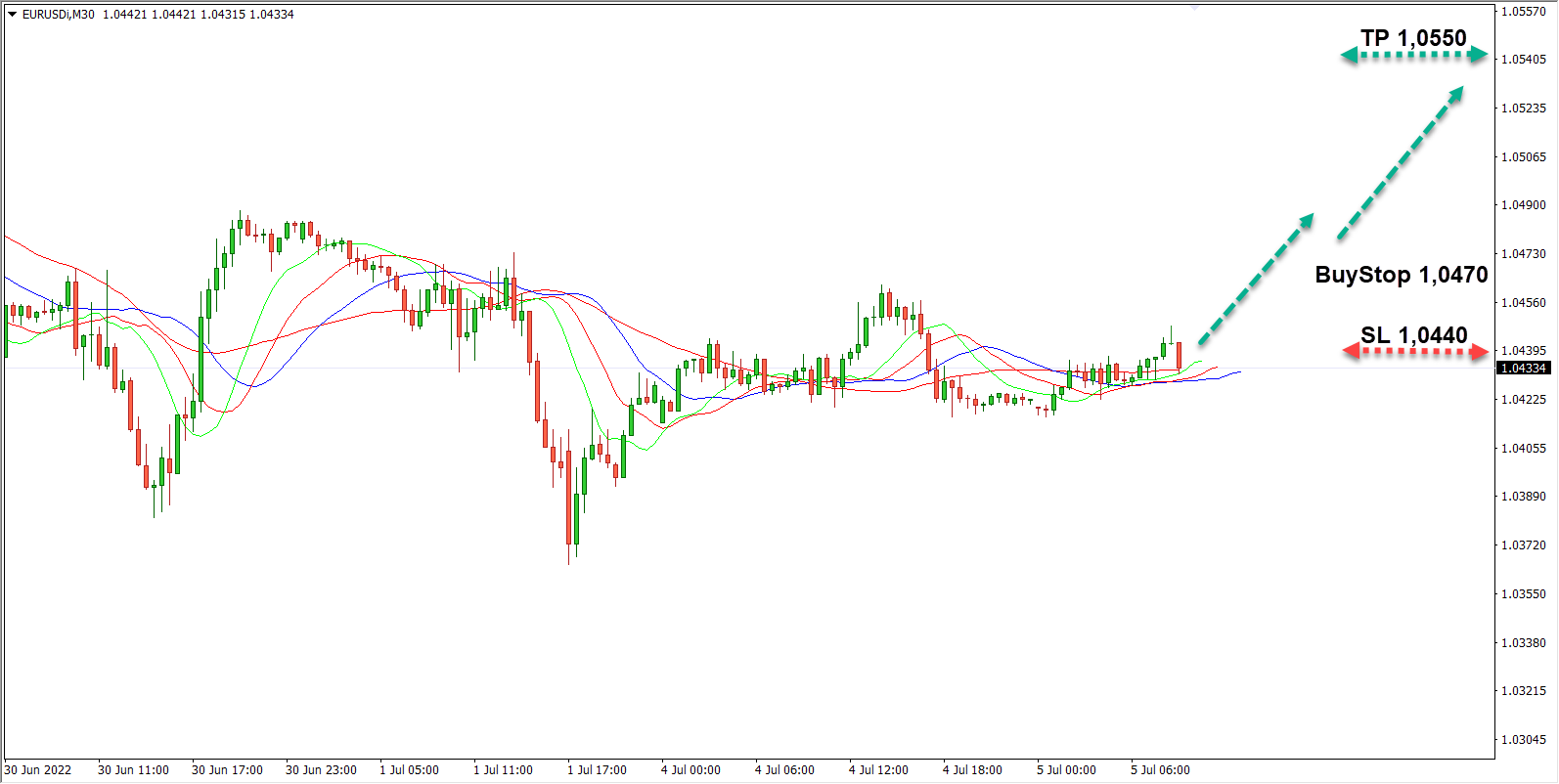