EUR/USD: The euro soared on Wednesday after the U.S. The Federal Reserve shifted to a hawkish monetary policy. Although, it didn’t deliver any surprise, which might have added to the pair’s weeks-long momentum. The Fed raised interest rates by the expected quarter of a percentage point and projected its policy rate to reach the 1.75% to 2% range by the end of this year and 2.8% next year. The dollar lost value to the euro, which had been up earlier in the day on hopes for a compromise in Russia and Ukraine peace talks. Given the continuing risks of increased geopolitical tensions, as well as tough rhetoric from the Fed, the decline in the euro may continue. Immediate support is seen at 1.1000. A breakout below could take the pair towards 1.0940. 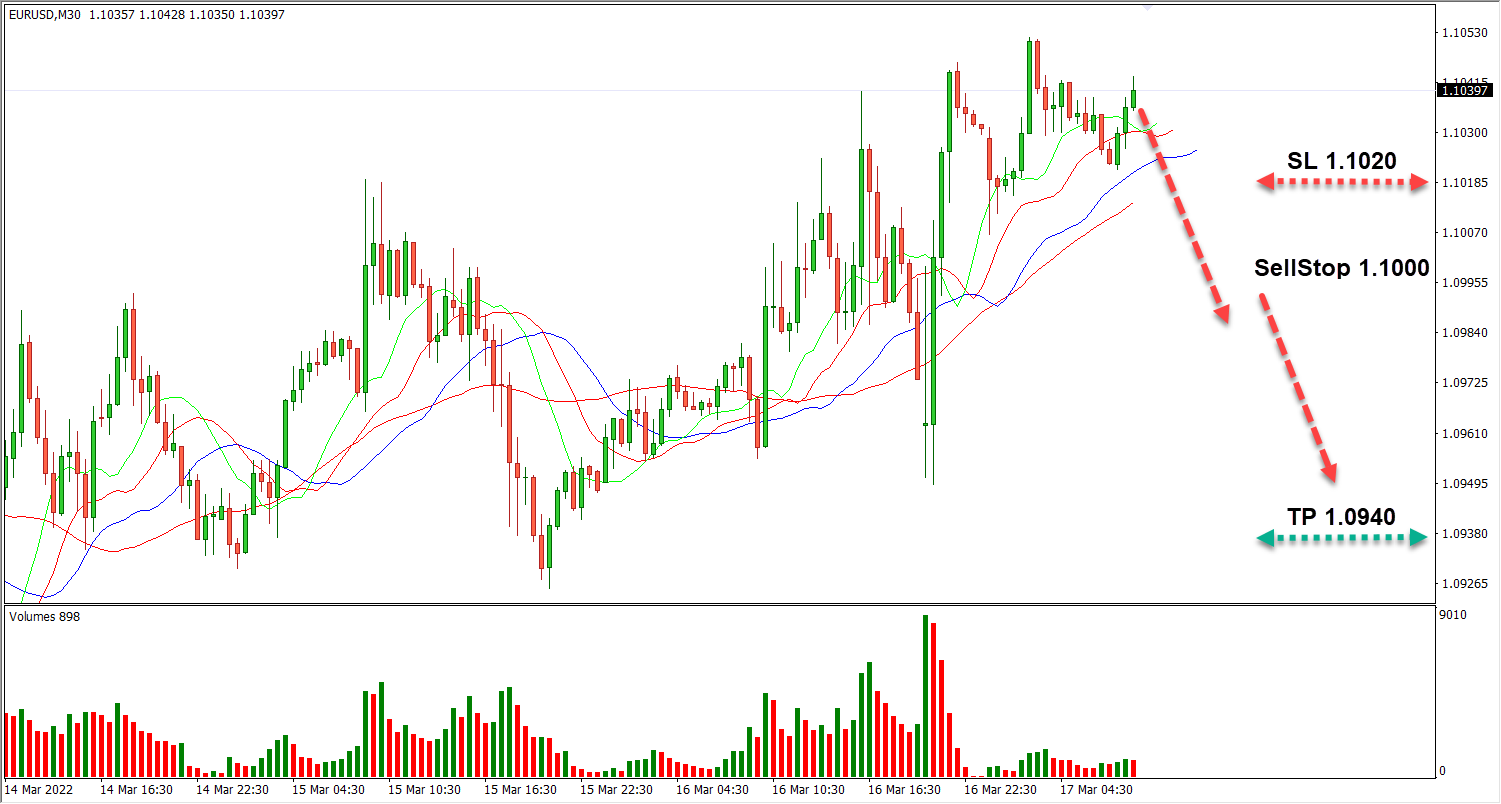 USD/CAD: The Canadian dollar strengthened against the U.S. dollar on Wednesday as signs of progress in Russia-Ukraine peace talks bolstered investor sentiment and domestic data showed inflation climbing further in February. World stocks rallied, and the safe-haven U.S. dollar fell as the Ukrainian President said peace talks between Russia and Ukraine sounded more realistic. In February, Canada’s annual inflation rate accelerated to hit a fresh 30-year high at 5.7%, driven by rising pone, gas, and food costs. Strong statistics increase the likelihood of another rate hike in April, which could support the position of the Canadian dollar. Immediate support is seen at 1.2650. A breakout below could take the pair towards 1.2620. 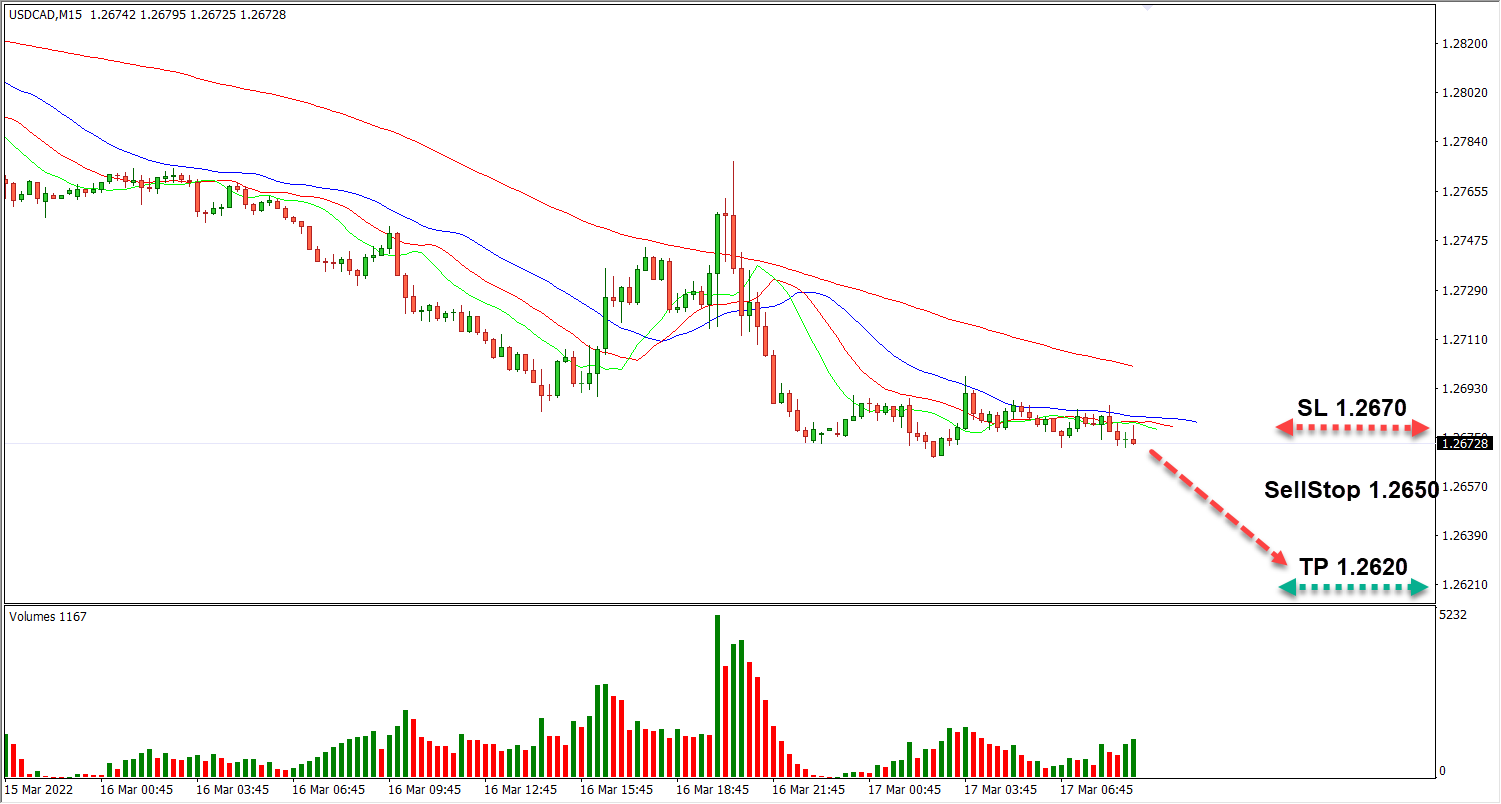 GBP/USD: Sterling strengthened against the dollar on Wednesday as markets awaited the Bank of England interest rate decision. The Bank of England is almost certain to increase borrowing costs on Thursday. Like most central banks, the BoE slashed interest rates to a record low as the coronavirus swept across the world but is now facing soaring inflation, which reached a near 30-year high of 5.5% in January and is likely to rise further. The Monetary Policy Committee will add another 25 basis points to Bank Rate this week, taking it to 0.75%, its pre-pandemic level. Immediate resistance can be seen at 1.32. A breakout to the upside can trigger growth towards 1.3270. 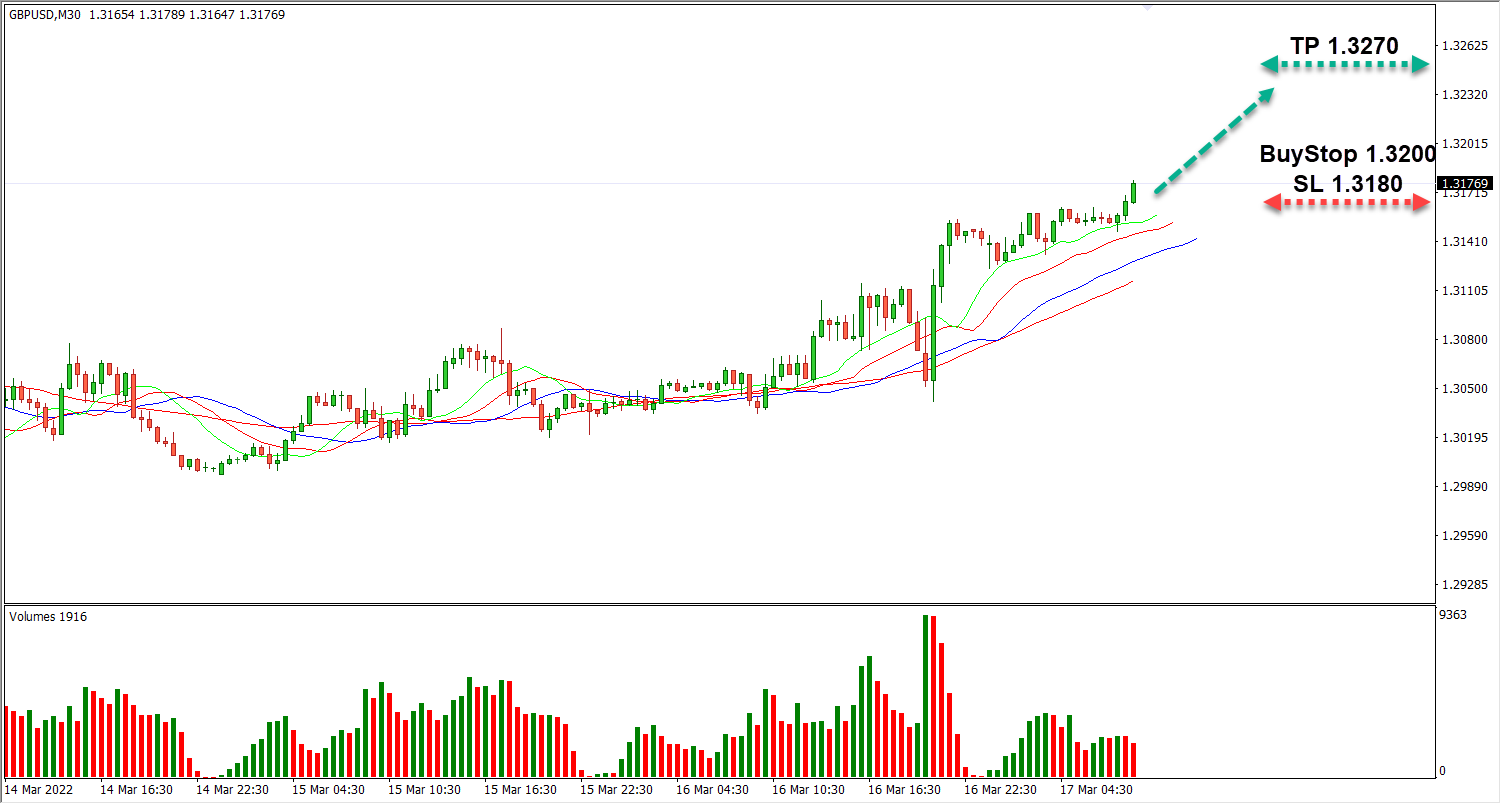